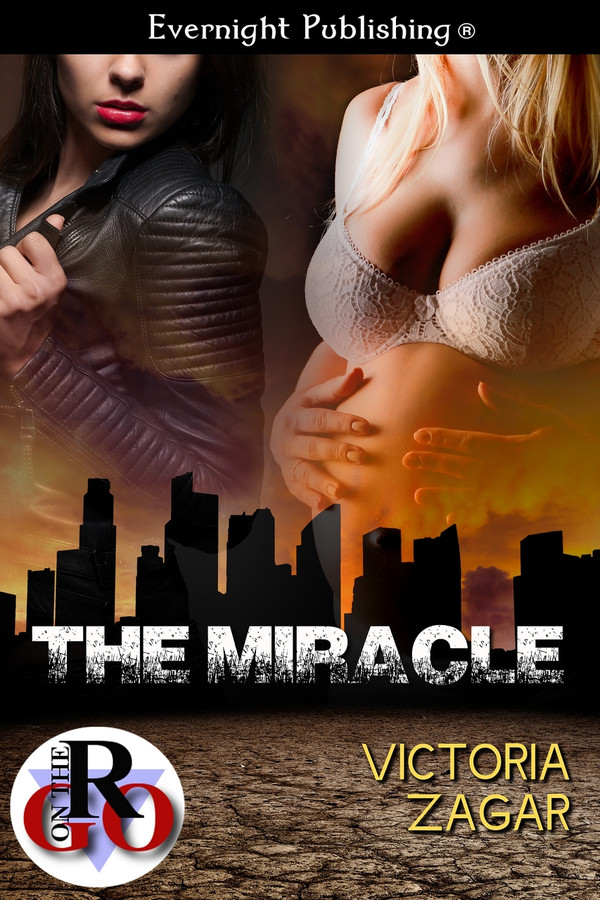 The world has been destroyed by the Calamity virus, which has wiped out most of the population and left the survivors sterile. While searching for supplies, Lane encounters a young pregnant woman at the side of the road. Elsa is on the run from scientists who want to take her and her baby for research. Realizing she is in danger alone in the city, Lane takes Elsa home to her shelter beneath an abandoned factory.

Trapped together in a small room for weeks, the two experience an undeniable attraction to one another, but Lane has given up on life and any hope of finding love. Can Elsa and the impossible promise of new life give Lane the will to live again, or will Lane’s secrets tear their tiny family apart before it’s even complete?

Lane’s gaze fell on the willow tree that overlooked the river. From beneath the shadow of its branches, a young woman stepped forward. Long, blonde hair hung over her shoulders in matted ringlets. Dirt and blood smeared her face. A yellow-brown flowered dress covered her heavily pregnant body. The woman held a handgun pointed at Lane. Her hands didn't shake at all. She had killed before, Lane realized.

"I don't want to hurt you." Lane wondered if she had walked into some kind of trap. She'd heard of them on the road, pregnant women seeming to be in danger from men. It was all a ruse. They robbed any travelers who stopped to help, stealing their food and leaving them to die in the harsh wilderness.

"How do I know you're not one of them?" The woman looked Lane over, taking in the wrinkles and lines on her face caused by the stress of living in such a cruel, barren world.

"The people who want my baby." The young woman lowered her gun and stepped forward. "You have no idea, do you?"

"Not even slightly," Lane admitted.

"What's left of the CDC is gathering up pregnant women for research. To try and figure out why the plague sterilized some women, but not others. They want to take my baby away and kill me.”

"The government wouldn't do that." It was Lane's turn to cast her suspicion. "They've been trying to help us."

"Right." The woman bit back sarcasm. "Then explain the men in black vans who have been chasing me. Like the one over there." The woman beckoned Lane forward.

Lane stepped closer to the young woman. Her fear of a trap was overwhelmed by her curiosity. She followed the young woman to the concrete wall. She leaned on the metal railing and pointed to a small van parked on the lower road. The drivers had clearly tried and failed to conceal it behind a large poplar tree, but the clean, waxed vehicle stood out like a sore thumb in the dusty wastelands.

"You ever think that maybe they're trying to help you?" Lane asked. "You carry a miracle inside you. Of course the government's going to be interested in you and your baby."

"I've heard stories," the young woman said. She looked at Lane with wide eyes that spoke of terrors witnessed and recorded for all time. "I've seen things. Women disappearing. Some coming back bleeding, saying they miscarried. Others say the vans are stealing their children, cutting them out and taking them away."

"There are a lot of stories in this world. They're often nothing but urban legends. There's no way to verify the truth any more." Lane reached out her hand and placed it on the young woman's shoulder to try and comfort her. She looked back across at the black van to see several black-clad soldiers climb out of the back. They pointed toward Lane and the young woman.

"Get down!" Lane yelled, pulling the woman down with her. Bullets hit the tree behind them, sending a shower of willow bark down on their heads. The woman started to tremble. The gun slipped from her grasp. Lane scooped it up and gave it back to her. "Maybe you're right. Maybe these aren't the good guys. We should get out of here before they arrive. What's your name?"

This is the definition of a short f/f story. Lane and Elsa bump into each other on a bridge and wind up sticking together when soldiers come and start shooting at them. Elsa believes that they are going to kill her and take the baby because she has heard rumors of that happening. They hole away in a basement and develop a relationship but wind up getting caught days later when they go out outside. Even though this was fast paced and things happened quickly you could easily keep up and understand what’s going on. Elsa and Lane’s relationship developed fast but I guess it would in a situation like that. I enjoyed reading this story and I thought it was sweet for Elsa to name her son Eli.

This short story peeks into a complicated and devastating future on our planet, but it is entitled The Miracle. A virus labeled Calamity has dropped the overall population on Earth by 90 percent, making things look exceptionally grim. Many who are still alive choose to lie in a stupor against crumbling walls via the use of the post-Calamity drug venix...escaping reality until death absorbs them. Two women choose other routes. Their individual and combined stories are astounding, inspiring, and lovingly pleasurable. Miraculous! Lane is a bit of a commando-type character. I learned she had a son named Elias who killed himself when he was fifteen. Lane is still trying to come to terms with that, while attempting to survive all on her own. Additionally, she is physically sick and convinced she does not have many more days left to her. She is startled, vexed, and then tenderly compassionate and protective toward the obviously pregnant woman who pulls a gun on her. Lane is quite confident that this woman knows how to fire a gun lethally, and she seems to see everyone and everything as a threat to her child. Lane is also aware the virus has made almost all survivors sterile. So who is this woman in a condition that is a true rarity and possibly a great danger to Lane? Standoff! Elsa has been trying to elude the men in the black van who have been pursuing her. She is convinced they are after her unborn child any which way they can accomplish that, more than likely leaving her dead after the fact. Lane can not get her mind around this and suspects Elsa is a bit delusional. However, when the van occupants start taking pot shots at them, she offers Elsa a place to hide and much more. Elsa senses she will not only be okay, but has found help from a woman who is also a mother. Things turn completely around in a blink, but it seems more than understandable...it feels portentous. Connection! The sensual, loving moments between Lane and Elsa are wonderful and light things up in the face of so much devastation, loss, and their fight for survival. However, remember the title of the book is The Miracle. Another classic phrase filled my mind and heart...it is always darkest before the dawn. Transcendent!