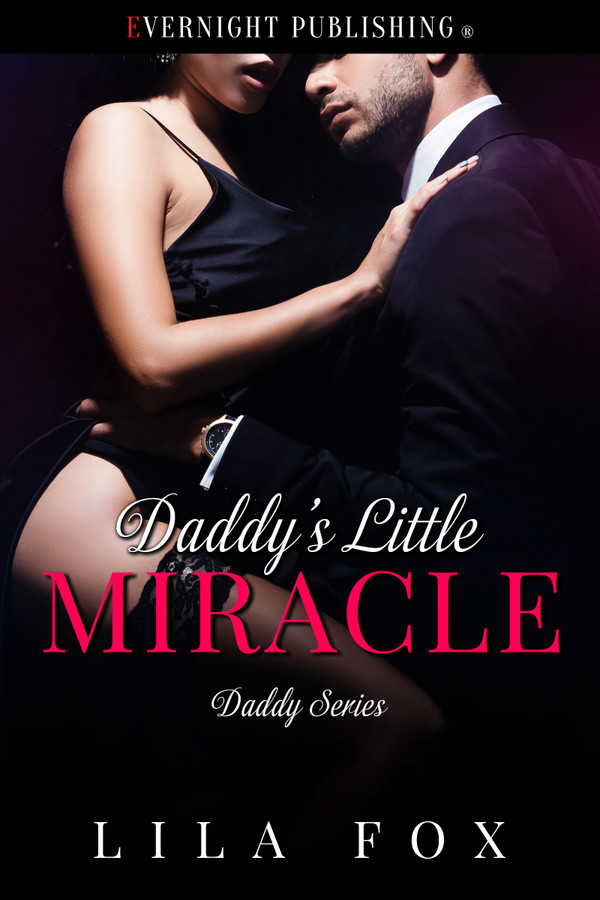 Larkin’s heart was breaking because she knew her time with Darian was coming to an end, and she didn’t know if she’d survive that. But after meeting his ex-wife, Larkin fled not only because she needed time to process everything but the fact she could die because the pain was getting worse.

Darian’s whole life revolved around his little, and he wanted more than anything to marry her and officially make her his, but something was holding him back. When he almost loses her, he knows he has to come to grips with his fears if he ever wants a future with her.

Read Larkin and Darian's full story in MY OWN DADDY.

Fuck, the whole night had gone to shit, and all he wanted to do was cuddle up with Larkin and explain everything.

Gage and Brylee hurried through the doorway.

“What’s going on? We saw Larkin run out of the room,” Gage said.

“I’ll explain later,” Darian said. “I just need to find my sweet girl. I’m hoping she’ll just go home. Hold on.” He walked away to call home, to give Elder a heads up, and ask him to call him when she got home.

Brylee pulled her phone out of her pocket when it rang. “Hello.”

Darian saw shock and then worry on Brylee’s face.

“We’ll be right there,” Brylee said. She turned to him. “Larkin is at the hospital. The lady couldn’t tell me too much, just that they’re taking her in for surgery. She just said she was rushed into surgery, not why.”

“Surgery? For what?” Darian yelled.

Brylee shook her head as tears slid down her face. “I don’t know.”

Hicks got them to the hospital quickly, and the three ran in.

The woman typed some things on the computer. “Yes, she’s in surgery. You need to go to the waiting room on that floor.”

“Wait, why is she in surgery?” Darian asked.

The woman looked at her computer. “It doesn’t say. The doctor will find you and explain.”

Darian nodded and walked off. He, Brylee, and Gage made it to the surgical waiting room. Gage had Brylee in his lap, consoling her, while Darian called everyone he knew as he paced. He called in favors from people he knew owed him, but he got nothing.

He got more frustrated as the minutes slowly crept by. What was the use of having so much money when you couldn’t even get a few questions answered?

A couple of hours passed, and he was about at his wit’s end. The thought of his little being in pain made him want to howl or beat on something. Guilt was eating at him that he hadn’t been there to take care of her when she needed him the most.

Relief rushed through him, and they stood when a doctor came through the door in scrubs. Darian tried to keep from looking at the little spots of blood on the man’s clothing. Knowing it was Larkin’s would push him over the edge.

Finally, he’d get the answers he desperately needed.

“Are you here for Larkin?”

Oh, how I’ve missed the focus being on these two! Sad it was so short, but thankful for what we got