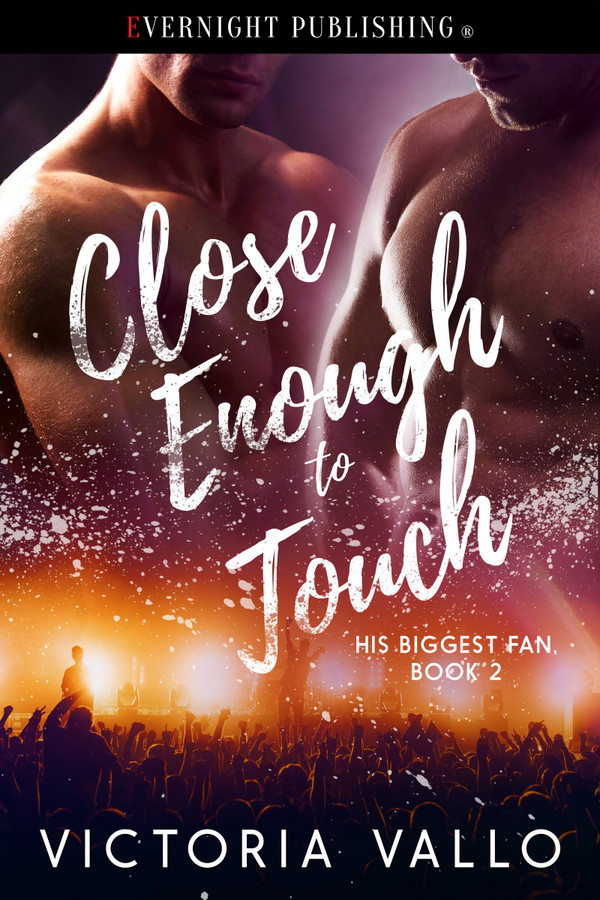 Claude is ready to take the next step with Liam. He’s finally gotten over his hang ups about dating someone in the band he manages, which is a relief considering how his last relationship with a musician went. He knows he should probably tell Liam the truth about that, but he's sure he has plenty of time. Until he ends up in a meeting, sitting right between Liam and his former lover, Danny. The news that Danny is going to spend months filling in for the band’s injured bassist floors him, and it’s impossible to hide the truth from Liam and the other band members.

Danny felt sure he could handle being around Claude again, despite their messy breakup and a year of silence. But Claude’s reaction opens all the old wounds—ones Danny mostly gave himself—and he tries to fix things, only to make them worse and cause trouble for Claude and Liam. Danny tries to back out, only to be told that they all have no choice but to deal with the situation and put on happy faces for the fans. Danny’s sure he won’t be able to handle it, but some unexpected help from a friend shows him that living in the past won’t do him any good, especially when there’s someone here and now who’d do anything to see him smile.

Danny stared at the wheel of his car as he waited for his heart to slow. This will never work. I can’t spend three months around Claude, around both of them. Everyone will understand. Right? He wrestled with his thoughts. He’d have to initiate this on his own. Liam had seemed sincere about not wanting him to quit, and Claude needed to be with his boyfriend now. He set his mind to head back to the studio and was fumbling for his keys when his phone rang.

Brian’s number flashed on the screen, and he started to decline the call. But they’d become really good friends since Brian had joined the band the previous year, and the upbeat guy always seemed to steady him.

“I just heard about you going on tour with Reaper’s Reward. I was going to see if you wanted some company.”

“Huh? Eugene just told me you signed the contract today.”

Of course he did. Shit! Brian must’ve been at the studio this afternoon. “Yeah, but I’m having second thoughts. Think I might need a rest. Just some time to reflect and work on lyrics for the new album.” He didn’t know what else to say.

“Second thoughts? You’re a big fan, aren’t you? Seems like it’ll be fun. That’s why I’m trying to tag along.”

“I can’t explain it. Something doesn’t feel right.”

Brian hesitated before replying. “Um, okay. I won’t push, but are you okay? You sound weird.”

“Anything that stresses you isn’t nothing. Can I help?”

“I can’t think of a way for anyone to help.”

“Where are you? Let’s have dinner or drinks. I won’t bug you about it. We can talk about other stuff.”

“I need to head to the studio.”

“I’m in the parking lot now. Everyone’s going home. Security guard’s about to lock up.”

“Weren’t you just here? Eugene was saying I’d missed you by like five minutes.”

“Yeah, I was practicing with the guys.”

“No, it went well actually.”

Brian hesitated again. “Then I don’t get it, but I guess that’s your business. Come have dinner with me. Please.”

And end up spilling my guts and having some kind of meltdown? No way. “I need to get home.”

Brian was silent a few seconds before he said, “I’d invite myself over, but I don’t know where you live.”

No one had been this concerned about him in a long time. Brian was basically the only real friend he’d made, besides Paul and his wife Robin, in years.He started to change his mind, but instead he asked, “Can I ask you something?”

“Besides the fact you’re my friend?”

“No, not stupid.” He sighed. “Maybe I’ll tell you one day. Have a good night. And call me if you change your mind.”

Danny’s heartbeat quickened again. Tell me one day? “Huh? What do you mean?”

Brian hesitated before he said, “Invite me over, and I’ll tell you.”

“My head’s not on straight right now. Maybe tomorrow.” He rolled his eyes at himself. As if tomorrow will magically be less complicated.

Brian hung up, and Danny threw his phone to the passenger seat.

“Fuck this day,” he said to himself under his breath as he started the car and slowly backed out of the parking space.

The Miracle by Victoria Zagar

Touch Me Not by Jen Katemi