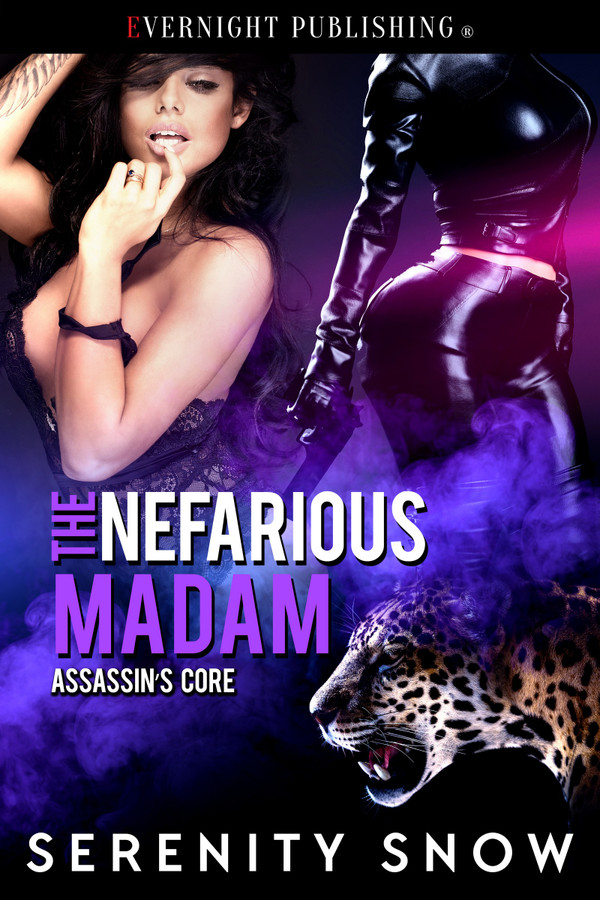 Alexi hopes that with Charles gone, her problems with Breakers are over, but they are just beginning as Felix comes back to town with a plan to exact the money he thinks she owes him. With the help of Charles’s widow and his temporary underboss, a plan is hatched, but Alexi is ready to do battle with the cartel? She’s taking no prisoners this time.

Nothing will stop Alexi from putting down the enemy like lame dogs to protect herself and Tatiana from the cartel’s rage. As the turf war erupts, only one can come out on top. Will the Nefarious Madam be the victor that claims the spoils?

The long silence confirmed that something had happened.

“Why would you believe Alexi’s lie? Was she there that night?”

“Goodbye, Mother.” She ended the call and set her phone down, but that something odd in her mother’s voice gave her pause. “I can’t believe her. She wants me to pretend this all never happened.”

“They’re to put the kidnapping on me,” Alexi told her.

“Your mother was fine that night, and I haven’t heard anything to the contrary.”

“My grandmother did something to scare her,” Tatiana insisted. “I know she did, even if it was nothing more than threaten to turn her into a pauper. She doesn’t want to be poor.”

“It’s hard, but it’s not a crime,” Alexi commented. “It’s a condition that can be risen above.”

“I don’t know that she needs help.”

“I’m going to talk to her and find out if money is what they’re using to make her lie.”

“And then what? You want me to give her a few million?” Alexi demanded. “That’s not the answer to this.”

“Then, what is? You’re going to kill them all, too?” Tatiana screamed, fear and anger mingling in her with the force of a tornado.

“I don’t have any plans to at this point, but I’ll eliminate them if it becomes necessary.”

“Like you did Trevor?” Tatiana clamped her hand over her mouth and widened her eyes in horror that she’d said that. The strange thing was Alexi wasn’t denying it.

“I can see you’re angry, and I’m tired,” Alexi said. “I need to rest.” She rose and picked up the half-empty plate and glass of tea. She drained the liquid in a single gulp.

Tatiana went cold all over, her body feeling like jelly. “Did you have him killed?”

I love this author&#039;s books. The minute I see a new one I order it. I love the strong don&#039;t play any games Alphas. If you like hardcore leads then this is a must read!!

Loved learning more about Alexi &amp; her world. I love the way Alexi &amp; others like Ace from Mojo value loyalty. Ms Snow has brought several characters from other books to continue the Assassin series. Just wished I didn’t have to wait for Grace’s story.

I loved this story as it continues from book 2 of this series. Alexis is more ruthless and protects Tia with everything she has. The romance between them is