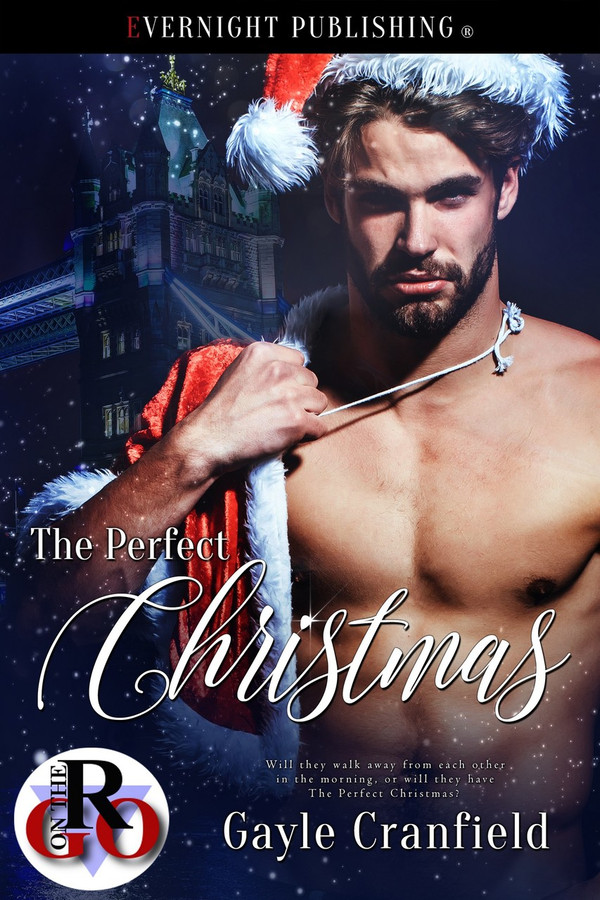 Gabrielle Sullivan is in a panic to finish her shopping on Christmas Eve when she literally bumps into an old friend from university, Justin Law. She's knocked to the ground, bruising her ankle. The two friends decide to catch up on the ten years since graduation over coffee.

Too naive to admit they had a strong attraction in the past, they spend the night together awakening a spark neither realized was dormant.

Will they walk away from each other in the morning, or will they have The Perfect Christmas?

He took her cheeks in his palms and gently kissed her lips. “Stay, here with me tonight.”

“But…” She desperately tried to find a reason to leave.

“But I … I… Oh I have no fucking excuse why I should leave.”

“Then don’t.” His eyes seemed to grow darker and they became highlighted with those beautiful laughter lines as his smile took over his face.

His fingers raked into her long hair and he gently encouraged her toward him once again. His lips brushed her neck and the feel of his them against her skin sent tingles throughout her whole body.

“How much do you want this?” he asked as he licked her jugular.

“So much.” Her voice was strained, as if someone was gripping her vocal chords.

Justin’s hand stroked her plump breast, teasing her. Her nipples were aching with a need to be released, and the sensation when he gently squeezed them shot straight toward her now throbbing clitoris. She closed her eyes as her head dropped back with pleasure.

Her nipples were standing erect through the silk of her blouse as he started to slowly release her pearl buttons from their restraints. Her chest heaved with want for Justin to touch her bare breasts. The thought of him sucking them, licking them, and gently blowing across them to tease them further made her feel dampness between her legs.

A sweet Christmas story between two old friends who literally run into each other. I would love to read more about them :)

Sigh! What a way to spend the holiday! I&#039;d love to bump into an old friend and get this as the result. Loved it!

I loved this Christmas short story. What a way to spend christmas eve... and a happy ending on Christmas day

The Forever Forest by Gayle Cranfield

A Perfect Beginning by Casper Graham

The Perfect Gift by Raven McAllan