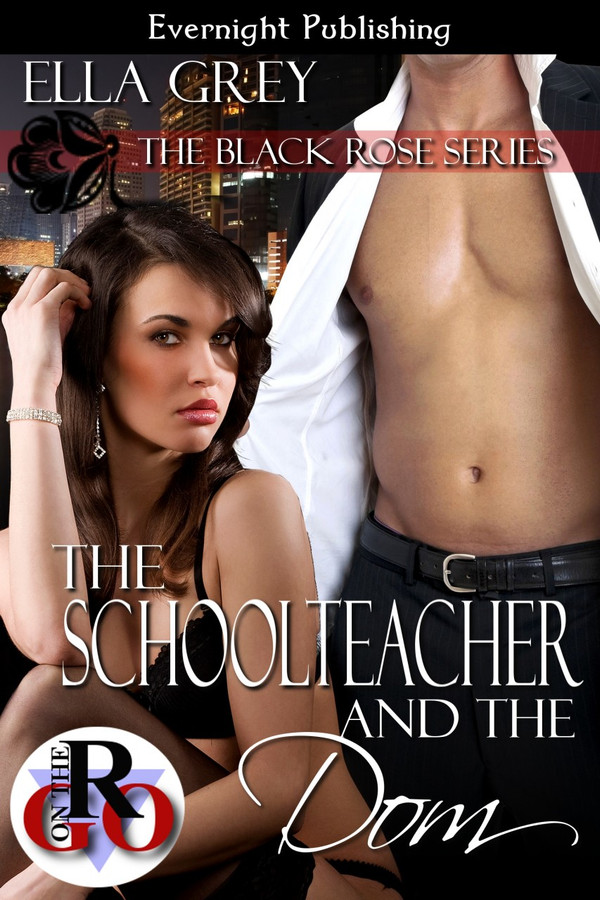 Nola Pryce didn’t expect much to happen over the Christmas holidays. She planned on spending it alone, eating too much chocolate and watching bad TV. She certainly didn’t expect Alex, a man with a secret that’s sure to change her life—if she lets it.

Alex Winchester runs The Black Rose Club with his business partner and friend Lilith Yee. It caters to every dark fantasy. But Alex is a Dom without a submissive, until he meets Nola. He invites her to The Black Rose Club Christmas party. A lot rests on this one night. Alex is giving Nola a choice. It’s up to her if she wants to say yes.

Excerpt:
Nobody likes being alone on Christmas, which was the only reason Nola Pryce was on a date with tall, dark, and dull. It had been a moment of weakness that made her say yes. Looking at him across the table made her wish she’d said no.
She’d stopped listening to the conversation about ten minutes ago. Now she was just randomly nodding and taking sips from her cup. Her attention wandered to checking out the bar that they’d decided to meet at. She liked it even if it was obvious that Tim didn’t judging by the way he wrinkled his nose as he’d walked in. It had a homely feel to it. The customers chatted with the staff, which created a low-key but friendly atmosphere. Her attention drifted to the framed newspapers on the wall. There was a history here that she liked.
It was the only good thing about the date. At least it’s an early evening dinner date. There wasn’t going to be that awkward moment at the end of the night when she didn’t invite him up for coffee. There was no way in the hell this would be turning into one date of many.
He’d been talking about himself for nearly an hour, his latest subject being a business trip to Japan. Somehow he’d even managed to make that sound boring.
“I just need to go to the ladies’. I’ll be right back.” Nola got to her feet, collecting her bag. She needed to fake an emergency or something. If she sat through anymore of this bullshit, she wouldn’t be responsible for her actions.
She noticed the guy looking at her from the bar as she went in search of the ladies’ room and smiled at him. When she finished up in the restroom, she headed back to the bar. A plan had already begun to form in her head.
“I need a favour.”
The man’s eyes widen at her forwardness. He put down the burger he’d been eating and used a napkin to clean sauce from his lips. “And what would that be?” he asked as soon as his mouth was empty. He was smartly dressed in a suit which had an impeccable cut but he looked much more relaxed than stuffy Tim. At that moment he looked like he was trying hard not to smile.
“I need you to call my phone in about five minutes.”
He looked around her, checking out Tim. He didn’t look unimpressed. “Trying to get out of a bad date?”
“You’ll be saving a person’s life.”
He looked a little surprised, “Yours?”
“No, his. I might actually have to kill him. Somebody that boring shouldn’t be allowed to live. I’d be doing the world a favour.”
He looked back at her solemnly but his eyes twinkled with supressed laughter. “I’ll call it. I wouldn’t want you to get yourself arrested.”
Nola leant on the bar and ordered another cup of tea from the waitress and placed her card in front of her.
“What’s your name?” he asked.
He really didn’t need to know that but the smile intrigued her. “It’s Nola Pryce. Yours?”
“Alex Winchester.”
She touched his arm. “Thank you, Alex. I owe you.”
The intriguing smile set her heart racing. Now if Alex had been her date, she wouldn’t be looking for the nearest exit. “It’s my pleasure, Nola.”