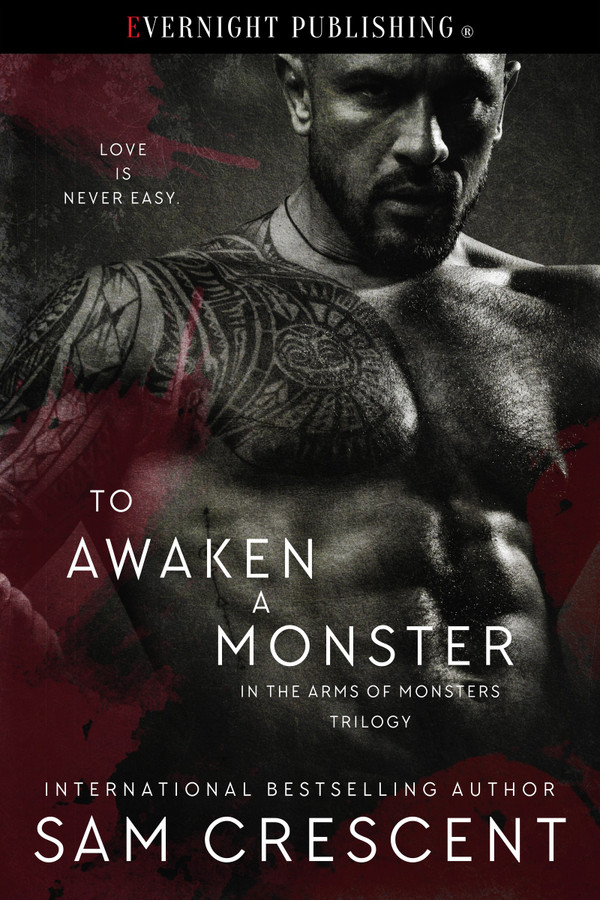 In the Arms of Monsters Trilogy, 1

Love is not easy. It’s hard, painful, and this is how ours started, but it’s certainly not how it’s going to end.

For Preacher, taking care of his club is all he’s known. He fought for his position, and he’ll keep it at all costs. He may be a shit father to his son, Bishop, but he doesn’t need to be a father to run the club.

Robin is the daughter of the VP. She knows her place within the club is closely tied to Preacher’s son. They’ve been best friends forever, but she doesn’t want a future with Bishop. She doesn’t know what she does want, though.

When one of the club women is determined to ruin her life, Robin doesn’t see it coming. Now she’s pregnant, and the father—she doesn’t know how to tell him, because the truth could ruin the entire club.

When Preacher learns the truth of what happened, he has to handle it, even with a cop breathing down his neck, waiting for the perfect moment to take him out.

But nothing goes according to plan. Not with the pregnancy, not with Robin. He doesn’t believe in love, but Robin has awakened something within him, and he can’t stop it. He wants it, even if … love is never easy.

In the Arms of Monsters Trilogy

True to his word, Preacher spent every available night when Bishop wasn’t home, sketching on the wall. Robin had wanted their girl to wake up with a nice fairytale forest complete with animals, and a waterfall. This would take up the entirety of one wall.

While he sketched and painted, Robin made sure to keep a look out so no one saw him doing what he happened to enjoy. He didn’t know why he needed to keep it a secret, but it was important to him.

This was something he kept for himself, and didn’t wish to share it with anyone, especially not the club. He didn’t want to think of the reason why he’d been willing to share it with Robin.

You need to get laid.

He’d not put a finger or cock in or on another woman since before the night he’d been with Robin.

Don’t fucking think about it.

Instead he focused on what was important. Dog had set up another fight to go down in over a week’s time. Neither of them needed to get a fighter. The men had gone to Dog, wanting it set up. They were missing the bloodbath that was to come.

Also, he had to go out of town next week, which pissed him off because he couldn’t rely on his son.

With the latest branch now having an abundance of green leaves, he put down his paintbrush, closed the bedroom, locked it, and went in search of Robin.

He found her sitting on the sofa in the living room with a hand on her stomach and a serene smile on her face.

“I thought you were bringing me a drink,” he said.

“I was, but she started to kick. Come and feel.” She held her hand out, and he went to her without question. She placed his palm flat against her stomach.

He waited, holding his breath to feel what she wanted him to. The moment his girl kicked, he smiled. “Oh, wow,” he said.

“And she keeps on kicking. Hey, sweet girl. Do you know we’re making you an amazing bedroom?”

He got another kick, and Robin laughed.

“That’s right. Daddy is making your bedroom amazing, and I’m making him.” She giggled, and he loved the sound.

After a few minutes, she stopped kicking.

“I think she tired herself out.”

“It seems like it to me.” He leaned back against the sofa.

“I’m sorry I didn’t come up straight away. I was worried if I moved, she’d stop. I was hoping you’d come downstairs and feel it. Did you ever feel Bishop kick?”

“No. I never got too close when Flora was pregnant.”

“No. I hated her guts, and she hated mine.” He ran his hand across her stomach. “How are you feeling?”

“Okay. It’s weird being pregnant, but I’m getting used to it.”

“You’re glowing.” He cupped her cheek, running his thumb across her rosy skin. In the past few weeks, he’d seen her smiling more, and she looked ready for motherhood.

He couldn’t miss the plump, kissable lips, and they’d been capturing his attention for some time now and he’d been imagining kissing them, tasting her.

He didn’t dare do it, but he wanted to.

They were so close. How did they get so close?

The smile on Robin’s face vanished, but she didn’t pull away.

He didn’t know who moved first, only that her lips were on his, and the hand he had on her cheek sank into her hair, holding her in place as he kissed her back.

She let out a little gasp as he traced her lip with his tongue, and he plundered inside, drawing her closer.

Robin moved to straddle his lap.

Her pregnant stomach pressed against his, but he loved feeling her as she pressed her pussy next to his cock. It was an odd angle, but he deepened the kiss, sliding one hand down her back to cup her ass.

It had been so long. His cock was rock-hard as it pressed against her core.

Both of them pulled apart at the sound of the door opening.

No sex, sexy story. It&#039;s a real story, not just a romance, but a stark, violent tale of the lives of the people involved in motorcycle clubs. But there&#039;s heat, heart and soul in these pages, too. There&#039;s love and betrayal; friendship and torture; marriage and death. A story that can stand on its own literary merit., but with a cliffhanger that will gut you and cleave your heart in two. Thank God the trilogy is complete!

I loves the first book of the series. I can not wait for the rest! This is a must read

OMG this book was...well lets just say I read it in one sitting. I love all of her book, but this one is by far the best one yet. I got it on my Kindle but it grabbed me so much I&#039;m going to buy the paperback for my, Favorites Do Not Touch Under Penalty of Death Collection, The only thing I didn&#039;t like was the cliffhanger. I hate cliffhangers, and the second one isn&#039;t out yet so that means I have to wait. I hate waiting! Sam you out did yourself on this one. :)

Omg this book was absolutely AMAZING!!! I need the second one right now. I usually don’t like books written in third person but the story on this one sucked me in and I couldn’t put it down. Holy book hangover! This is one of those books that stays with you long after you finish it.

OMG.. Loved this book. Once I started reading this book I couldn&#039;t put it down and when I got to the last page I almost cried because now I have to wait to see what happens next. I can&#039;t wait for the next book to come out!!! Awesome job Sam Crescent.

This book is one of the best books I&#039;ve read in a while. This is a dark romance novel. Preacher and Robin have a relationship that slowly happens. Preachers son Bishop is a selfish person and Robin&#039;s mother should have never had been a mother. This book brought out so many emotions from me. I cried several times and wanted to ring Bishops neck at least a dozen times. Please read this book. I don&#039;t usually read trilogies but I need the next book!!

Every time Sam Crescent goes dark in her stories, I never know what to expect and this just shows it. This is a trilogy so there is more of Preach and Robin&#039;s story to come but this was just really, really good. It doesn&#039;t go so dark that I can&#039;t handle it but it&#039;s dark enough to keep me reading. There are so many twists and turns in this first book that I had to go back and read some parts over just so I could keep things in line. The story grabs you and sets you on a course that you don&#039;t expect. I can&#039;t wait to read the rest of this story as I know the author has already written all 3 books so we don&#039;t have to wait forever to get the next books!

Her Monster by Sam Crescent