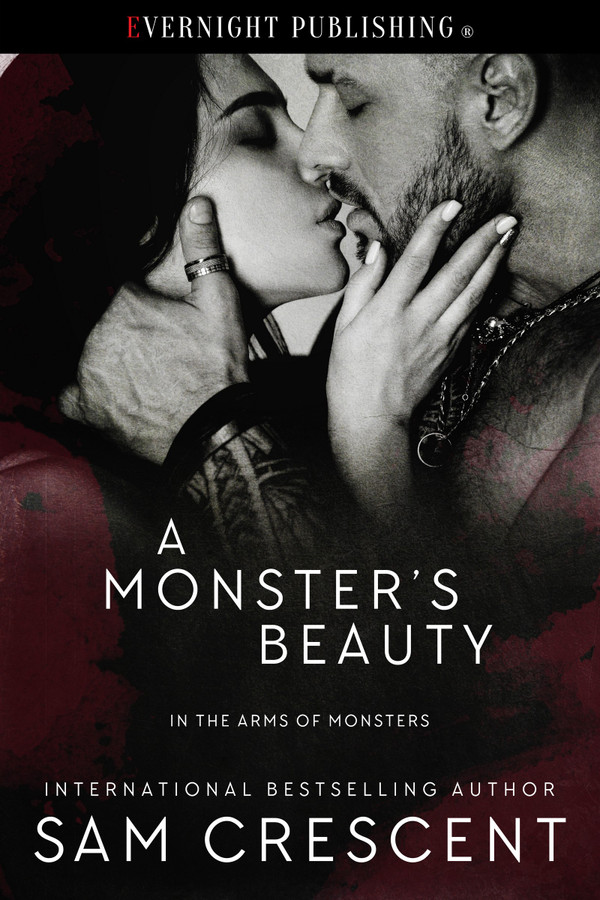 In the Arms of Monsters, 3

Love is hard. It’s painful and it’s about not giving up. Preacher has come this far, he’s not going to let her go now, not without a fight.

Married. With a baby girl. And someone else’s woman.

Preacher doesn’t blame Robin for trying to make a life with the man who took her. Only now that she has her memory, he can see the real person beneath and she’s no longer afraid. He will protect her at all costs. She can trust him.

He will never turn his back on her.

For Robin, she knows what she has to do, but walking away from Preacher is something she never wanted. Her time with his enemy—it was long, hard, and she did what she had to do. Her confusion is at an all new level.

However, what really happened to Robin? Why was she taken? Who were the men? Preacher needs to find out the truth. He needs to make sure Robin is safe. He knows he has enemies and even if he doesn't have Robin yet, he will still take care of her.

She has a choice to make. One he will make easy for her. She owns his heart and he doesn't want it back. There's no way he's letting Reaper take her. He will find out the truth and finally win back the woman he fell for, even if it means he has to give up the club to do it.

In the Arms of Monsters Trilogy

“I’ve come to make an exception. How is Anne?”

“Having fun.” She let go of the door and walked closer to him. With every step she took, her body seemed to get even hotter beneath the collar. This never happened with Reaper, not even close. Rounding his desk, she leaned up against it and watched him. “Thank you for arranging everything.”

“I promised my guys a bloodbath soon, and a party. They were more than happy to oblige. Besides, Anne is fresh meat to them. You look beautiful.”

“Only you can talk about fresh meat and me looking beautiful within the same sentence.”

“There’s a full stop in there somewhere. It’s two different ones,” he said. “I can also say beautiful is an understatement. You look amazing.”

He stepped up close and she took the bottle from his grip. Tilting it to her lips, she swallowed some of the liquid.

“You said there was a party.”

“Out there is a party. I want to know why you’re here, in this room.”

His fingers danced across her thigh, teasing her. She stared at his lips, wanting them on her.

“I can read your body, Robin, and I know what you want.”

“Good.” She opened his jacket, putting her hands on his body. “You know, I keep telling myself I shouldn’t want you. How I’ve got responsibilities now and I’ve got to stay away from you. You’re not Bethany’s father and I’ve fucked up everything I’ve touched so far.”

“I don’t want to let you go. I had to live without you for what already feels like a lifetime.”

One of his hands gripped the back of her neck, tilting her head back so she’d look at him. His tight grip turned her on even more. This man owned her. The feelings she had, the consuming need rushing through her body. Each day, her yearning for him grew even more, making it impossible for her to focus on anything but him.

She licked her lips, staring at him.

“I want your lips on mine.” She moaned as he took possession of her mouth. There was no force or pain, or guilt, just a need. After running her hands up the inside of his jacket, she shoved it off his shoulders and let out another moan as he stepped between her spread thighs.

She whimpered his name. His other hand slid down her body, cupping her breast, stroking over her nipple before he broke the kiss. “You can stop this at any time.”

“I don’t want you to stop. Please, Preacher, kiss me.”

“I’m going to do more than kiss you.”

This book wraps up the trilogy. It had drama, emotions and all the feels. I was happy with who Robin ended up with but I would love to see a few of the other characters get their stories told!

This is one of the best MC romances I have read in a while. Love all of Sam’s work but this really stands out! Be prepared to not want to put this book down! Preacher and Robin’s story is thrilling from start to finish! ❤️❤️❤️

Best book ever. This really was a great ending to the story. Hope it won’t take long before the other standalones come out.... especially for the characters Dog and Bishop!!!! Author did a amazing job!!!!

I think this will be my favorite trilogy that I have read . Robin and Preachers story had do much drama and heartache. This book had so many twists and turns . Reaper was so much of a of problem. The memory loss Robin had and the betrayal of Preachers son really was a big issue. Then more came to light. Brother I couldn&#039;t believe this story. I loved it. Please read this series .

Awesome ending this trilogy. It was definitely worth the wait. This an amazing story of all the obstacles went through and still loved each other. I love preacher so much and robin remained strong after all she went through.

His Beauty by Sam Crescent