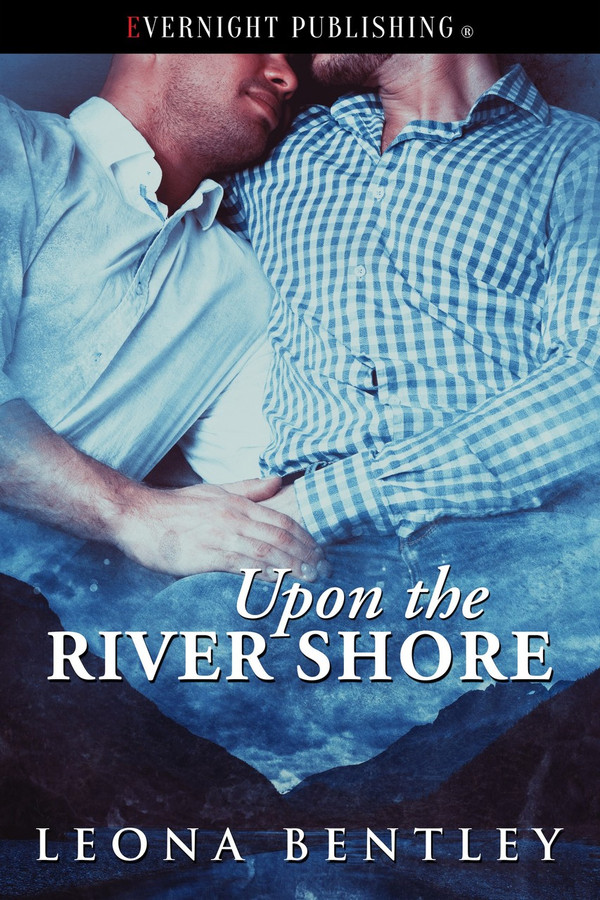 Brett Garder is a rarity, an inverted mage, which makes him a liability in the world into which he was born. On the run from his violent and controlling boyfriend, he moves to the rural town of Landings. Having been raised by his grandfather to believe that only family can be trusted, meeting Lane Hunter is a shock. Lane is sweet, welcoming, and full of a happy warmth that draws Brett in, despite all fears.

When a friend of Lane’s brother Corey is killed in a hit-and-run, many turn the blame onto Corey. However, the more Brett learns, the more he is certain the death has more to do with his own past than the Hunter brothers’ present.

Can Brett bring himself to share the truth of that past with Lane before it destroys their growing bond—or even their lives?

“Carole says you’d like some company.” The man grinned, plopping down into the chair and sliding in close enough to cross his wide arms against the tabletop. “My name’s Lane. You must be Brett?” Up close he looked both a lot more handsome and much larger. Muscles on muscles.

I’m not sure if my voice implied the same, but he was kind enough not to point it out. I didn’t offer my hand, not comfortable with the possibilities of what I’d find out.

“You moved in a few days ago, right? To the old Myers homestead?”

“I did.” The focus of those green eyes of his was unnerving, and I shifted nervously beneath his eager attention. His grin was all teeth, the front ones a little crooked. Everything about him was charming, and I kicked myself for noticing. It was best to remain on my own. If life taught me anything, it was that I didn’t belong with other people.

“I’m just waiting for my furniture now.” That seemed to be the thing people asked about most, so I thought I’d get it out there and over with.

As expected, Lane jumped onto the topic, nodding. “Yeah, when Scott Myers died they had a big open house. Sold just about everything but the appliances. Said it’d be easier to sell the house with them in it. Ma thought it was silly at the time, but I guess it paid off.”

“Did you know him well?”

I shot a quick look towards the table he’d left, but no one seemed bothered by his lingering. Part of me wished one of them would come get him, but with my luck they would just stay, too, and then I’d have two people to face. The other part of me? That part wanted him to stay right there and keep his easy smile aimed my way.

I cursed myself again for a fool. Regular man or mage, either way he was a danger. I should have learned enough of a lesson from Morgan to keep me from feeling drawn to anyone ever again.

“A bit,” Lane answered, oblivious to my internal struggle, “same as anyone here. He was a nice guy, really into gardening. You get to know most of the people here. You’ll notice that, no matter what type of people.” He winked when he said those heavily enunciated words, and I stiffened, wondering if he meant what I thought he must. Maybe he just meant other gay men, as it’d been obvious he was eyeing me up since he sat there, but something about his manner made me think he meant my other guarded secret—being a mage. If so, and that was his way of hinting he was one, how had he pegged me so easily?

Between the two, being gay and being a mage, I wasn’t sure which I least desired known. I wanted no part of this man’s interest in me, no matter what the rest of my body felt, and I’d rather take my chances as a lone mage then chance falling into the same community trap I’d stumbled into with Morgan. The whole reason I’d chosen to move to a small town was to find a way to live around other people and know them at a distance while maintaining my ability to be alone. It was a way to avoid being lonely while remaining, well, alone.

Carole brought my food over and dropped a plate of fries in front of Lane, an obvious invitation for him to stay right where he was. I thanked her, forcing a smile and wanting to run. Lane settled into his fries happily, somehow not full despite the impressive amount he’d stolen from that other guy’s plate. Not that I’d been watching!

I really hoped he wasn’t skipping out on a date to sit with me. The last thing I needed at this point was some guy trying to jump me out back for ruining his date. My last black eye was barely healed. I hoped Carole wouldn’t be luring him to my table if that were the case, but I wasn’t willing to take it for granted.

Lane made small talk around mouthfuls of deep-fried potato, digging for information but politely ignoring my constant dodges and deflections. Questions about why I’d moved became discussions on whether he thought he’d leave, and what I planned to do now that I was here became what he did. Apparently, he worked at his father’s construction store with his younger brother. That was reason enough for those muscles, I supposed.

He did catch me with a question about how I was settling in, and the answer I gave was genuine. “It’s a lovely place,” I told him, “but there’s an ungodly noise outdoors every night. I can hardly sleep for it.”

“Ungodly. Noise.” He gave me a bemused look. I frowned. There was absolutely no way anyone around this place could miss that.

“All night. Seriously,” I burst out, leaning forward to look at him. “It sounds horrible. Constant noise, with the odd little drop off here and there just to give the slightest bit of hope.”

That bemused, polite look shifted into something a little too gleeful to be fair. “Peepers.” As if that explained anything.

“Frogs… That is frogs?” I slumped back, staring.

“The river, woods, swamps—we’re pretty much surrounded. You’ll have to get used to them for now, I’m afraid.”

I hadn’t realized how lucky we were to grow up on such dry land. I could only imagine what the look on my face said, but the continued presence of his glee let me know at least one of us was enjoying it.

“Don’t worry, they don’t stay forever. Give it a bit and they’ll go away again.”

I sat, dreading how long I’d have to wait, imagining that noise haunting my nights along with the already too-present fears. We sat in silence for a time, eating.

“You’re pretty interesting, you know.” My uninvited guest spoke up at last around the end of his fries. I blinked at him, having no clue how he’d come to that conclusion, and he chuckled. “Want to go out sometime soon? My treat?”

I hid the flinch but wasn’t so sure I managed to hide the nerves those words sent racing through me.

“I’m not sure that’s such a good idea,” I hedged. Part of me wanted to say yes, but I knew it’d be a mistake. I was still healing from my relationship with Morgan, and there was no way I was ready for a new one. What if I had misinterpreted things and he wasn’t a mage? A date wasn’t worth my life.

Lane’s face twisted into a puppyish pout. “I really think we’d be magical together,” he assured, waggling his eyebrows.

Wow. Just … wow. Laughter bellowed out without my permission, but it was too late. Yeah, that was horrible.

I would recommend this book. It was well written with a lot of imagination and thought. It was more than I expected.

Getting Back to Dawn by Penelope Rivers