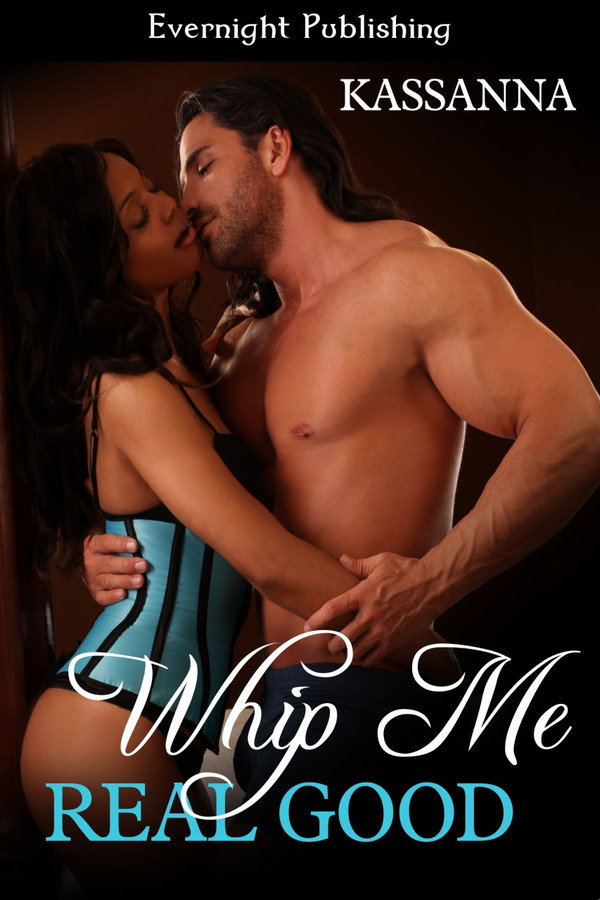 John was a strong believer of giving back to the community which was why he chose a non-profit entity to support every year. What he didn't expect was the latte beauty, who looked like a librarian with the moves of a stripper, to come bounding through the club's gold doors. When the opportunity presented itself, he snatched it with both hands.

That's when things really start to heat up.

Every year Club Lexx held an exclusive gathering for charity. The elusive club's owner picked the charity and generously matched the club's donation with a personal one. The man was a rarely-seen mystery wrapped in an enigma. Truthfully, one of the reasons she was anxious to get into the event was to meet the man behind the Lexington Corporation. If rumors were true, the man had the face of an angel, the body of a Greek god and the stamina of an elephant. Mattie wanted to see for herself . Yeah, she'd find the man after she had a chance to play a little. No, scratch that, a lot.

Mattie still pinched herself every now and then since receiving the embossed invitation. She couldn't believe how lucky she'd gotten this year. The shelter she founded for abused women was the chosen charity. They'd close the doors for the next twenty-four hours.  The only allowed club clientele were those that purchased admittance prior to the exclusive party. Anyone with a ticket got locked in and those that couldn't or wouldn't stay were not given re-admittance if they left. There was never a hint of what went on in this social establishment during the Erotic-Exotic Event.

Mattie's ticket arrived via courier the day before and she'd quickly hidden it away. After doing a happy dance in the middle of her office, she'd gleefully locked the dark blue  envelope in her office safe. The  tickets were worth a few thousand dollars apiece, and the guest list named comprised the who's who of society. Because J.W. Lexington, club owner, decided to support her charity this year, she'd received a complimentary ticket.

Hers was a small non-profit organization, nothing like the larger associations that had also applied for his grant. The shelter would receive fifty percent of the night's proceeds, giving Here's Help the infusion of cash it so desperately needed for the program to continue. For the last few months, she'd dug into her own savings to help keep the charity limping along. Club Lexx's support was an answer to some very fervent prayers.

Mattie took a sip of her drink, a Screaming Orgasm.  She turned her head and studied the brightly lit chalk board above the bar.  In huge colorful letters, the board denoted the top fifty sexiest drinks.  Mattie planned to try most of them before security reopened the club doors to the public.  This was her time, and she planned to make the most of every moment, including thanking Mr. Lexington in person. That would satisfy her business persona.

On the personal front, no one knew who she was and for one complete day, Mattie planned to be as adventurous and outspoken as she liked. The kind of woman who attracted men, like bees to honey, and not the bookish, shy person that hid in her office crunching numbers most of the time. Now if only she could actually figure out how to be that self-possessed woman.

A loud mewl cut across the music, and Mattie followed the sound to one of the four enormous cages suspended from the ceiling.  In a metal cube, a man and woman danced to the beat of the thumping house music flowing from the speakers.  Grinding against each other in an imitation of a sexual act, the man in a hooded mask had a muscular body that glistened with sweat under the lights. Wearing low-slung leather pants, he gripped the woman by the hair and twirled her around, then pushed her against the bars of the cage and quickly covered her body with his own.  The woman, in a black string bikini, pulled her hair free, pushed back with her body and bent over before the man, grabbing her ankles and tilting her ass into the air. He gripped her hips, slipping his fingers under the thin straps that held the miniscule pieces of cloth together, bent over her, and ran his tongue along her spine.

Mattie turned in her seat, pressing her thighs together and took a deep sip of her drink. She looked into the mirror flanking the bar and found herself staring right into the arctic blue eyes of the man sitting next to her. He smiled, flashing shockingly white teeth under the black lights. Mattie nodded and quickly turned away to look at the human petting zoo on to the other side of the large open space.

Men and women were clad in various fake furs and collars with chains.  A mock wooden fence formed an enclosure around its occupants. Some people held their hands over the fence, trying to coax one of the “herd” over to them. Within the corral itself, a man was trying to mount a woman. Mattie squinted, adjusting her glasses, trying to get a better view. She was wrong, not a man. A woman with a...okay, she wasn't quite ready for that visual.  Mattie took the straw from her drink and laid it to the side, then took a big gulp of her drink. Shifting in her seat, she peeked over the glass pressed to her lips.  Mattie spied the sexy couple, partially hidden by bales of hay. The woman's hips pumped frantically, one arm extended against the pale grass. Mattie pulled the glasses down the bridge of her nose and narrowed her eyes to get a better view.

Mattie felt the light touch of gentle lips against the rim of her ear.

Other Books in the CLUB LEXX Series:

Tell Me, Touch Me, Feel Me

Mattie came to the Erotic Exotic Event, to personally thank John for his contribution to her foundation. And have a little fun indulging in the lifestyle. But the man she meets takes her mind off of thanking anyone; she decides to have some fun first. Not knowing the one she is having fun with is John. When John sees Mattie roaming in his club, he feels lust and protectiveness stirring inside of him. He needs to have her. He lets every man and woman in the club know that she is off limits, except to him. But things don’t go as he thought, people and business keeps interrupting him being with Mattie. Will he be successful at the end of the day? Whip Me Real Good is a sexy quick read, which introduces a lot of characters. But mainly focuses on Mattie and John. Some secondary characters I hope to see again, they sparked my interest. One of the characters I like to see again is cause of his behavior and ties with John, they’re half-brothers but clearly there is some bad blood between the two. I liked the writing style used, I could easily relate to the story and the character. It was also described with many details that I could imagine being at the club myself. I can’t wait to see what further installments in the series will bring.