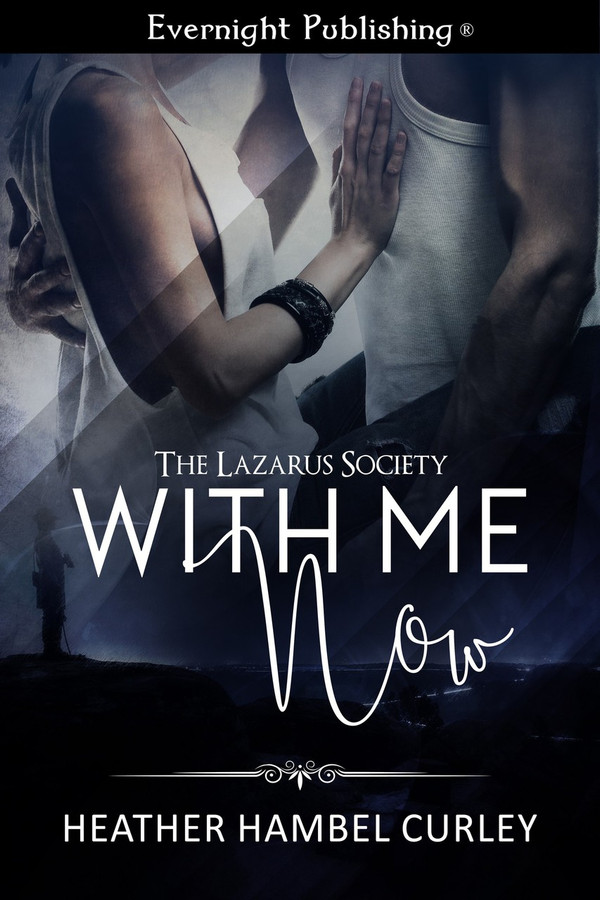 Madison Monroe is an anthropology prodigy.  She’s poised to graduate with a double major, but she has limited field experience. The crowning jewel for her graduate school application is an upcoming dig in Normandy.

And she just got arrested for underage drinking.

Less than a month before she turns twenty-one.

Now, instead of taking part in her dream dig, she’s kicked off the crew and barely escapes academic probation.  The only option for her application is a routine archaeological survey in Gettysburg, Pennsylvania.

Once in Gettysburg, though, the “simple” dig isn’t exactly what it seems.  Madison can feel a presence watching her and can hear voices of the dead calling from the battlefield.  And, when she discovers a long buried secret at the Spangler Farm, she inadvertently sets off a chain of events that will put everything—including her life—on the line.

The hot water and steam of the shower was relaxing, enough to kick the butterflies in her stomach into submission.  Her muscles ached.  The tendons and ligaments in her upper shoulders and back throbbed as if she’d been moving heavy furniture all week instead of throwing her weight against the screen sifter.  It was just another brutal reminder that, although she was thin, she was pathetically out of shape.

She stood under the unrelenting water, craning her neck from side to side in an attempt to work the muscles loose.  Maybe Mike could crack her back for her.  She smirked.  Now that was a pickup line she’d have to remember: say, care to get on top and crack my back?

Once the conditioner was rinsed out of her hair, she turned the faucet off and reached for a towel.  Her hair was getting long. It seemed like she’d need to use two or three of the thin, white hotel towels to sop up the excess water.  No matter, she could resort to using the room’s hair dryer and, in forty-five minutes or so, the feeble little machine might get her hair dry.  Damn it, of all the things to leave at home.  She hadn’t planned on needing to look as attractive and desirable as humanly possible. If she had, she’d have brought along a better selection of makeup.

She towel dried her hair enough to keep water from trickling down her back, and then wrapped another towel around her body.  It was a good thing she’d done a load of laundry the previous day. Not that she had “date” quality outfits with her, but she was fully aware which pair of jeans accentuated her curves the best.  She pulled on a red vintage style t-shirt emblemized with a grayed out Union Jack. It was casual and cute, though she was reasonably sure her clothes were the last thing on his mind.

The steam from the small bathroom had filtered out into the sink area, fogging up the mirror and giving everything a generally damp feeling.  She wiped her hand across the condensation covered mirror. In the unobstructed reflection she could see a figure, a man, standing directly behind her.

She bit back a shriek and jerked around.  There was no one there; the room was empty.

“Shit.”  The words felt as if they bubbled out of her throat, pushed out by her rapid heartbeat.  She gripped the countertop with one hand to steady herself.  The reflection in the mirror was clear and crisp.  It wasn’t a shadow or the light playing on the steam from the shower. It was a man.  It was him, the man who’d been watching her for days.  He’d stood and watched her at the Spangler Farm.  He’d breathed on the back of her neck, whispered in her ear as she worked in the test pit.

Now he was in her room.

Madison swallowed hard, peering into the main section of the hotel room.  It was empty.  Nothing was out of place, no one was watching her from any corner of the room; yet, she didn’t feel completely alone.  He was still there.

Her hand faltered on the countertop and she sank backward, half sitting, half leaning against the sink.  The air in the room felt soupy and stale.  Gooseflesh rippled down her still damp arms and across her back.  What in Christ’s name did he want from her?

She felt him next to her, his breath on her shoulder.  Please.

Could he hear her when she spoke to him?  It was worth a try.  “I’m not sure I know how to help you.”

But she knew someone who did.

This book has a little bit of everything in it! Love, sex. mystery,super natural, history! The story itself was unlike anything I&#039;ve ever read,and I was involved from the first chapter to the last.The research on the battle&#039;s of Gettysburg must have taken a lot of time to make this book go along with the history. As someone who has visited Gettysburg this was amazing.I toured the battlefields, I have felt the chill of it! It has a definite super natural aura. History buffs will like this book, romance readers will like this book, there is a lot to like! It is a love story, A kind of lost souls story, A young adult stoy. Yes, even a ghost story!!! BUT... it is not a scary story! I hope this makes sense, I don&#039;t read horor stories. I do believe in the super natural aura of Gettysburg.I wasn&#039;t scared once while reading this book so don&#039;t be afraid to read it! Everything about the story was told in such discriptive detail, the story, and the characters were flawlessly intertwined with the history. So much so, that the author actually painted a vivid picture with words of what was going on. I loved that she was an archaeology student getting ready to graduate college. I wanted to punch her step father in the face when he took away the international dig for her infraction. Her personality was a lot of fun and she didn&#039;t take herself as seriously as she took her profession. Maddy and Mike&#039;s relationship is sweet. I liked the fact that Mike was a war hero and veteran, and he was digging into the Civil War at the dig. The supporting characters were very well defined and I loved Ben from the Civil War Era. Maddy&#039;s conversations with Ben and her seeing things through his eyes made the battle and the story parts come alive! I was given this book to read and review by a reading group I am in for an honest review. This is not my typical genre of choice, so I was skeptical, but I was happily surprised! If this author makes this into a series, I will be very excited to read it!

I&#039;m not sure what I was expecting but this was a great story with great characters. Refreshing. I&#039;m looking forward to more in this series.

I&#039;ll confess that I&#039;ve known Heather since college,circa 2003 I think,and that was one of the reasons that I read the book. That being said,I couldn&#039;t put it down! I&#039;d read until my phone died and then stick in the charger and keep reading. She writes characters that are believable and you end up wanting to be friends with. I loved Madison and Ben and can&#039;t wait for the second book! Hear that Heather? Get writing lol :)

Oh WOW! So, shallow moment confession. I read the book because the cover is AMAZING and I had no idea it was paranormal. I LOVE paranormal so that was like a bonus times 100! Curley is a BRILLIANT writer who had me gripped from the first page and SO enamored of her characters, who really came alone on the page. She really manages that balance of making it feel like you&#039;ve known this character your whole life...and yet, keeping them mysterious enough about what makes them uniquely them to keep turning the page and learn more about who they are. That takes a rare talent to pull off, and I guess you could say this story does not lack in the character development department--but without ever bogging the story down. It&#039;s just who they are! So this book hit all the high notes for me. A passionate female lead who loves her life and yet, finds everything turned upside down due to one small mistake that leads her to discover a side of this world she never would have believed existed. Part of that world is Mike, who needs to break up with her, jump out of that book, and date me next (just don&#039;t tell my husband). I just adored him. Sexy, fun, intelligent--the perfect match for Madison! But despite all the great characters and great relationships in this story, this book packs a punch with a compelling, suspenseful plot! I was gripped from the first moment and read this book in one go (between answering phone calls at work, because I just couldn&#039;t wait until shift was over--don&#039;t tell my boss). I was really invested in this story, and my only complaint is about the ending. You see, what I didn&#039;t like about the end, was that there was one. I NEVER WANTED THIS TO END! I need more of these characters. I hope there will be more soon, and I&#039;m stalking this author&#039;s amazon page now until there is.

This ghost story has such a unique twist to it. A young, feisty archaeology student sees dead people, and one of them is trying to warn her about a coming danger? Yes, please! The characterization in this book is phenomenal. They might as well be living, breathing people because they&#039;re certainly written as such. The archaeological and historic details were weaved throughout the story seamlessly, and I felt like I was right there, happily digging in the dirt with Madison. Moments of humor, romance, and heart-pounding thrills round out this story into a must-read. Plus, it&#039;s the first book in a series, so I&#039;ll be tapping my foot impatiently while I wait for the next one!

Somewhere Only We Know by Marie Medina

All I Desire by Heather Hambel Curley