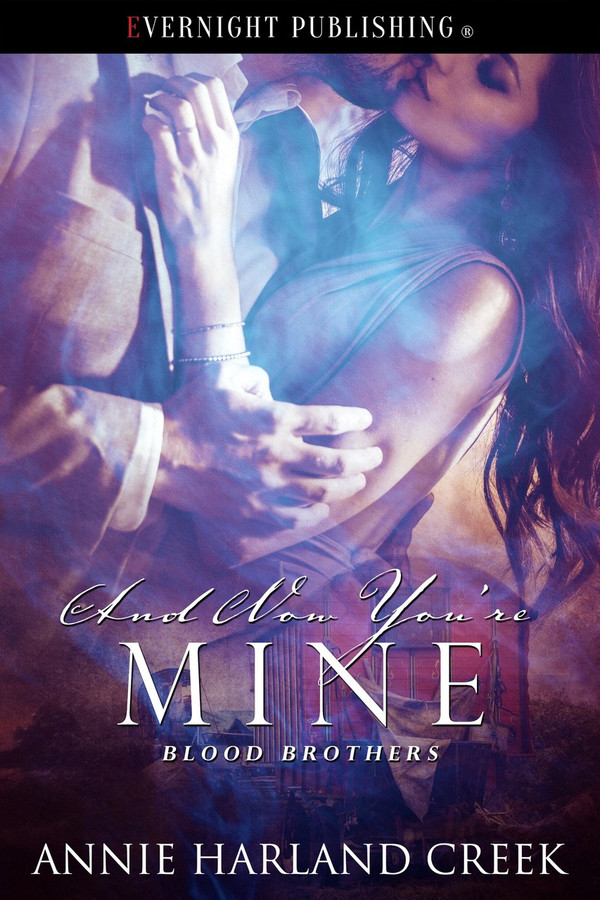 Christoff Berg is known as the Enforcer. Other vampires fear him, and his swift justice is legendary. While tracking a diabolical presence, he becomes enamored by the beautiful gypsy and is convinced that he’s under her spell. This time, her charms won’t work. If she wants to sell the locket, he’ll name the price.

From the moment the locket burns her palm, Evangeline senses its power. Time is running out for her mother, and the money she’s already made using her telekinesis to scam the rich is not nearly enough for the expensive medical care. The strange medallion may be the answer to her prayers. A nocturnal visit from an ancient vampire who demands the locket, convinces her that it’s worth much more than she’d originally hoped.

Even as they strike a bargain, her past places her in the path of his wrath. Will he be her savior or executioner?

“Cut the crap, Chris. There’s more to this locket than you’re telling me.” She dug her fingers into her hips and took a deep breath. “I’m prepared to sell you the locket, for a price.”

His answer surprised her.

Well, that was easier than I thought. He must be desperate. “No, you start the ball rolling. Make me an offer and we’ll go from there.”

“Ten thousand?” She heard the catch in her voice and silently berated herself. That was the starting offer? How high would he go?

Her heart beat double-time as she tried to raise the bid. “Fifty thousand. And, a steak dinner.”

He tilted his head to one side and frowned. “You’re still hungry?”

She balled her hand into a fist and tapped it to his forehead. “Tomorrow you bring me fifty thousand cash and take me to one of those fine places you talked about. Then, I’ll give you the amulet.”

He held out his hand, which she accepted. When he refused to let go, she squared her shoulders and looked up at him with her good eye.

“Was there something else?”

“I agree to those terms, but only if you agree to my conditions.”

Her breath hitched. What did he want from her? Blood?

He pulled her in closer, his cheek against hers as he whispered into her ear. “I want the same deal as the pawn broker.”

Evangeline gasped as a wave of molten heat travelled down her navel and pooled between her legs. Her breasts felt impossibly heavy. Arousal soaked her panties.

“Yes, min dyrebare. You will strip for me, but make no mistake, I am nothing like that loathsome degenerate. Don’t expect me to be satisfied by a glimpse of bosom. I want to see all of you. Every last inch of your flesh. Those are my conditions.”