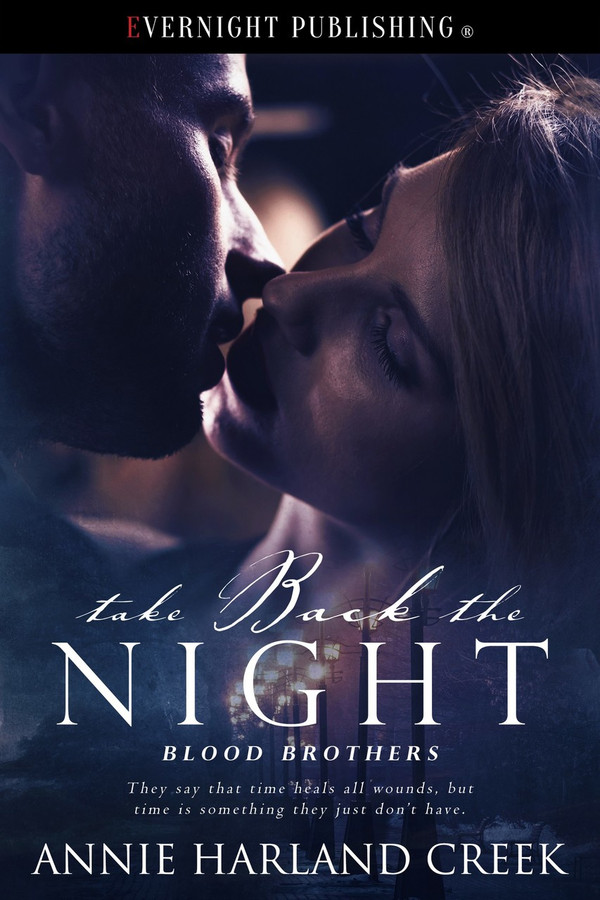 Evil comes in many forms...

Susie Lister learned this painful lesson the night her blind date sold her out to a vampire in exchange for eternal life. Unable to trust, even her best friend, and afraid of the things that go bump in the night, she fears that love will allude her.

Ex-cop, Terry Palmer has his own issues. Watching the love of his life marry a vampire was bad enough, but being telepathically linked with the blood sucker was about as fucked up as you can get.

Two broken souls must learn to put their faith in others while they race to prevent an apocalypse. They say that time heals all wounds, but time is something they just don’t have.

It was closing time. He wasn’t coming back tonight. By morning, she’d have talked herself out of admitting her attraction to him as she’d done every night since their lunch on the beach. Since she’d realized how much she craved his touch. The empty office darkened her mood but the thought of a new client arriving after hours and keeping her late, seemed worse. She marched over to lock the door and was almost knocked over as Terry strolled through. At least he looked like Terry.

“Sorry I’m so late,” he apologized as he entered the office. “I didn’t realize how long it would take.”

“Your hair,” she gasped as she realized why she’d barely recognized him.

“Do you like it?” he asked with a hint of concern in his voice.

He shrugged and screwed up his face. “I know. They made me look like a dickhead, right?”

She shook her head. “I liked them.” And I like you, she wished she had the confidence to add.

“That sucks,” he groaned. “I should have known better than to take Corel’s advice.”

Susie frowned. “David told you to cut your hair?”

“He suggested a makeover.” He did a slow turn, modeling a new assemble. “What do you think?”

She snorted, locking the door before returning to her desk. “I think David Corel should mind his own business. The new clothes are very lovely and suit you, but I don’t know why you needed to change your appearance. You were perfect the way you were.” She stopped at the desk, suddenly conscious of her words. Hesitant to face him.

He cleared his throat. “You think I’m perfect?”

Leaning on the desk for support, she took a deep breath and let the words spill out. Words she’d longed to say.

“Maybe not perfect, but I think you’re beautiful. Inside and out.”

“I’ve never been called beautiful before but…”

She felt his hands on her upper arms.

“I’ll answer to anything you call me, honey. Anything at all.”

He turned her to face him and lifted her chin with the finger. The gentleness in his touch almost reduced her to tears.

“I really want to kiss you now,” he told her.

She nodded her approval and he closed the gap between them, tenderly, hesitantly, brushing his lips against hers. She waited for the impulse to pull away. It didn’t come, even when he slipped his tongue inside her mouth, deepening the kiss.

Her hands cradled his head, holding him while his hands glided down the small of her back and further to cup her bottom. She could feel the hem of her skirt lift ever so slightly as his fingers traced her thigh. A shudder shook her body and he instantly pulled his hands away, breaking contact with her lips, stepping away.

“I’m sorry. I don’t want to pressure you.” He shook his head. “You have complete control, I promise. We’ll take this as slow as you want.” He slipped a finger inside the collar of his shirt and scratched the skin on his neck. “I won’t lie to you. I want you. I want you so bad it’s killing me, but it’s not only the physical thing. I feel a real connection to you that I don’t want to screw up by rushing you into sex. Give me some encouragement, some kind word that’ll let me know you feel the same and I’ll wait for you. I’ll wait forever.”

She reached up and touched his cheek. Those eyes. Those beautiful, kind, eyes. If eyes really were windows to the soul, Terry was indeed perfect.

Susie is a victim of vampires. She’s broken and needs to heal. Terry may just be the one to heal her if his big mouth doesn’t scare her away. But a mystery is brewing as they get to know each other. Vampires, murder and a possible apocalypse... ​ There is an issue again with the point of view changes. They’re so abrupt from one person to another that it’s like whiplash. The story is about Susie who trying to deal with the fact that her date sold her out to a vampire. She’s traumatized and scared which just makes me want to hug her close. Terry is a former cop who is now mentally connected to David. It annoys him and it’s actually a really entertaining aspect! I like Terry. He seems sweet and sexy. Susie starts talking to him and accepting him and it feels very genuine. The sex scenes are hot but I thought Susie would have been more nervous and hesitant. There’s a great paranormal mystery going on with the romance. I enjoyed this story as much as the first two in the series.