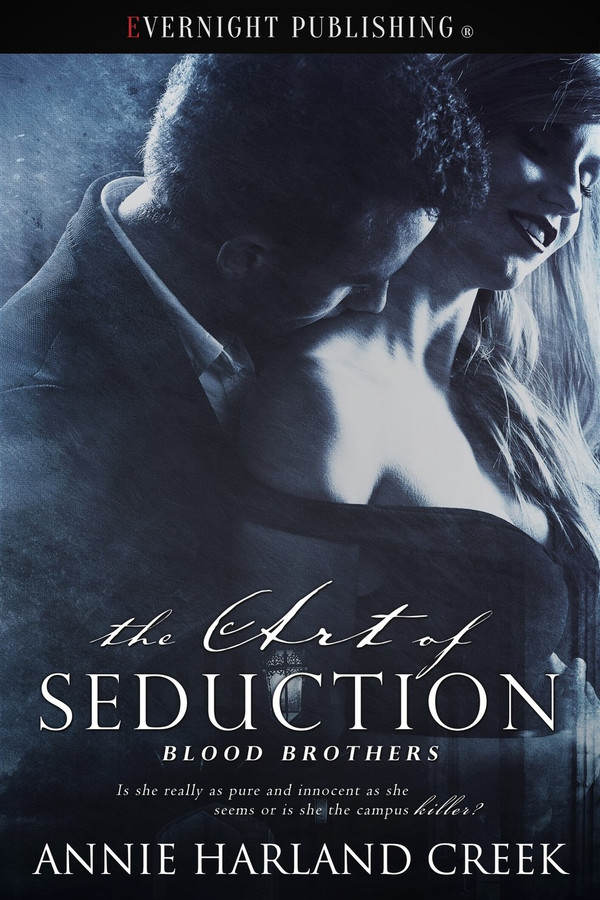 Meaghan Lamb has a mission. She plans to use her undercover assignment in the local university to prove, once and for all, that she has what it takes to make a great detective. But when her class is assigned a very hot nude model, her plans turn pear-shaped. As her suspicions about him grow, so does her attraction, but how can she allow herself to fall for a man who could be a cold-blooded killer?

David Corel has seen his paintings come to life in the form of a beautiful, blonde art student who seems unable to look at him without blushing. But, is she really as pure and innocent as she seems? Or could she be the campus killer?

“No, no, no.” David protested as he came up behind her and took the brush from her hand. “For a start, this is the wrong brush.” He exchanged the bristle for a sable brush and delicately dabbed it onto the palette. “Think of your brush as a tool.” He said as he put the brush in her hand and held her hand to the canvas. She could feel the hard muscles of his chest on her shoulders as he leaned over her, moving her hand like a marionette. Together they stroked the canvas.

“When you hold the tool, I want you to make slow, seductive movements like this…” he demonstrated downward movements, “the oil makes the paint slide easily, making your brush strokes more fluid.”

It took Meaghan only a few seconds to realize his double entendre. “Control the tool. Move your hand slowly up and down, adding linseed oil when your movements begin to catch. Ah, that’s good.” He pressed against her, his erection rubbing against the small of her back as he continued his play on words. “The tip is very sensitive. Use a featherlike touch for optimum effect. Pay careful attention to the reactions of the canvas. You will sense when to add oil and when you should apply more pressure. That’s very nice. You’re doing well … keep up the pressure … yes, yes … that’s it.” She heard his low, quiet groan and she gasped in response. “As the pressure builds, move faster, faster Meaghan … oh, that feels good doesn’t it.” His voice breathless, ragged as he moved her hand furiously over the canvas.

“Faster … until you can sense that the canvas is at the point where it can take no more, then … add a bit more for good measure.” David stopped abruptly. The painting finished. Meaghan could hardly believe what they had created in such a short amount of time. She stood admiring the work. Her body exhausted as though she had been put through a wringer. Damp heat soaked her dress. She shuddered when David asked her.

“Was that as good for you as it was for me?”

I loved this story. It is full of mystery, suspense and romance. I couldn&#039;t put it down what a great price if writing. I hope the author will continue writing as I believe she has great talent, well done

There is so much to like about Annie Harland Creek’s, The Art of Seduction, but perhaps what I enjoyed the most was the mystery aspect. It’s cool. Like, really, really cool. Think, The Da Vinci Code meets Twilight with a dash of Battleaxe thrown in for good measure. I know, right? A killer combination. And it’s the mystery surrounding who is responsible for the ritualistic deaths on campus which really kept me glued to my Kindle. Okay, so maybe the super sexy scenes between Meaghan and David did too. *shrugs* What can I say? They were hot. Anyway, back to why the mystery was so awesome. You see, Harland Creek drops these little clues—and a few red herrings—throughout. She is able to subtly coerce the reader into believing a certain character is the villain only to throw back the curtain, revealing, ta da, at the end. Yep, I totally face-palmed myself. I mean, how did I not pick it? Not that my dismal sleuthing skills matter, of course, because Annie Harland Creek’s mastery of the genre more than makes up for them.