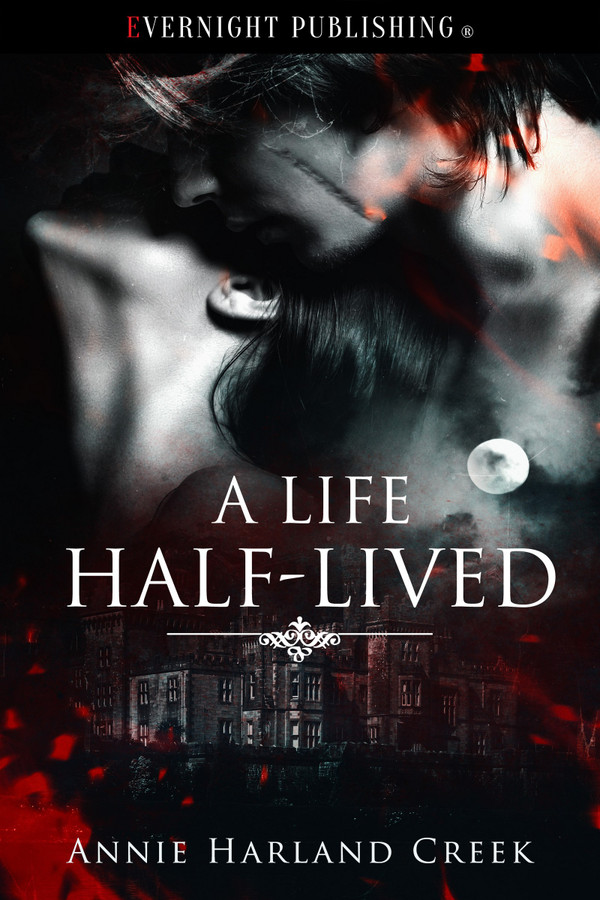 For centuries, Nathaniel Ludthorp lay in the cold, damp earth waiting for the opportunity to exact revenge upon his greedy family. He’d given them comfort, riches beyond their wildest dreams and they’d repaid him with treachery. But, until his body is fully regenerated, he’s forced to watch from the shadows as his descendant plans another murder.

Phoebe Bastow had resigned herself to endure a loveless marriage until her husband has the audacity to bring his mistress to their home. When he refuses to grant her a divorce, she feels completely alone, unable to trust anyone and when a series of accidents occur, she begins to wonder if she’ll be next.

“I’ve dreamt of you,” she whimpered as he suckled at her breast. “I imagined this moment. The taste of your kiss. Your skin pressed against mine.”

“Tell me more.” His warm breath tickled her skin as his lips brushed her neck, her chin, her lips. Her nipples beaded as cold air assaulted them and she longed to feel his mouth there once more.

The illusion appeared so real, so desirable. No scar could ever diminish his attractiveness. If anything, it added to his rugged appeal. Only someone who’d suffered such an ordeal could understand her pain. Praise the lord for gifting her with such an imaginative mind. She’d spent many a lonely night dreaming of laying in Nathaniel Ludthorp’s arms and now, her imagination had taken the fantasy to a higher level. They seemed perfectly matched. Two scarred and lonely souls, taking comfort in each other.

If it had been the brandy that lowered her inhibitions and released her inner fantasies, she’d make it a habit to partake on a nightly basis. Oh, how she could become accustomed to the taste of those soft, plump lips. His dark, soulful eyes.

“Make love to me,” she breathed against his mouth, emphasizing her request with a kiss. “Do it, now, before I come to my senses and you disappear.”

He paused for a moment, raising a thick, dark eyebrow, then grinned. “I have no intention of going anywhere, my dear. And, as for your request…”

What an amazing story love every single moment of Nathaniel and Phoebe story. This two broken soul have a hard journey of betrayal’s, heartbreakings and misunderstandings. But at the end they found a love so great that not even time will be enough for this two. The story was amazing I love every moment until the end.

I was completely surprised about how much I enjoyed this story. It was very addicting and intriguing. The story is a paranormal read set in England around 1880. The story really evolves around Phoebe, Nathaniel and little Daisy. Phoebe is married to a nasty excuse for a husband. She is drawn to a hidden garden of sorts. She ends up pulling a piece of wood out of the ground and unleashes a vampire bent on revenge. Nathaniel was betrayed and has laid buried for years not that he is free he will seek his vengeance. Daisy is a young little one who has her own special talents, part of which is bringing these two together. This is an intriguing story with death plots, romance, nasty characters, love, passion and good twists. *I voluntarily read and reviewed an advanced copy of this book.*

This is a paranormal romance featuring lots of twists and turns that keep you (or at least me) up wayyyyyyy too late at night because you have to know what happens on the next page. I received a free copy of this book via Evernight and am voluntarily leaving a review.