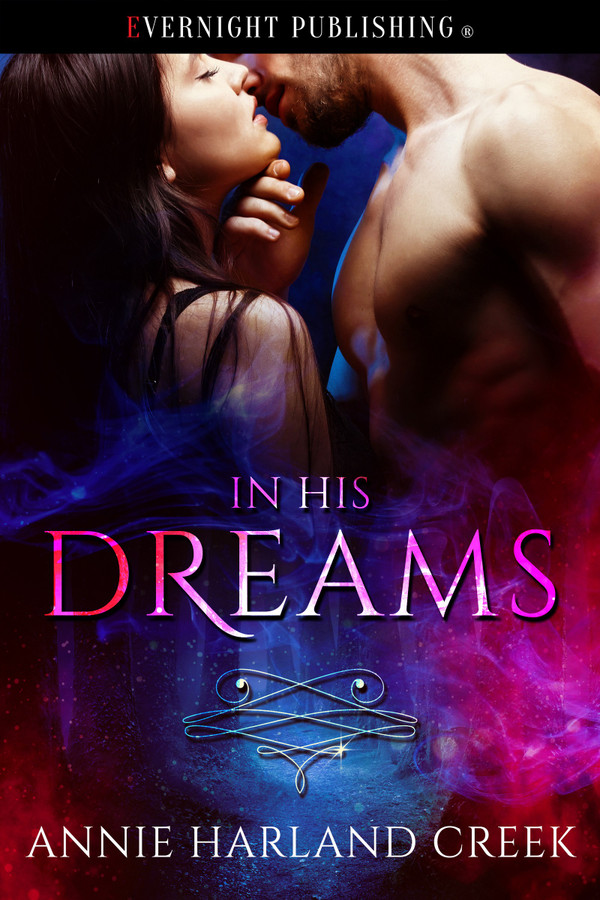 When Dreamcatcher, Serena, is summoned to assist a traumatized warrior with his nightmares, she soon discovers that the depth of his despair can transcend the ethereal barriers that divide their worlds. The impossible becomes possible, but his pain, so real, so raw, threatens to bring her world crashing down around her.

Fin Wyght’s nightmares are transformed into beautiful dreams with the sudden appearance of the lovely Serena, but, are they merely dreams, or a wicked temptation sent to drive him insane with jealousy?

“Oh.” He lowered his eyes and scuffed the dirt with the tip of his boot. “Then this really is … only a dream?”

He raised his chin. Dark, predatory eyes stared at her from under his thick eyebrows, sending a ripple down her spine and a rush of blood to her cheeks. Worse still, her body reacted in a way she couldn’t quite comprehend. Her womb clenched, and liquid heat pooled between her thighs as he closed the gap between them, his gaze fixed on her lips.

“You told me that you would come, if I wished it so. If I needed you. And here you are.”

She opened her mouth to speak, but his lips stole the words before they could escape, robbing her of her breath, her sanity. Instinct warned her to back away, to shimmer home to her sanctuary, but his words rang in her ears. He’d wished for her. Needed her.

His body crushed against hers as his tongue tangled with her own. She could taste the mead on his breath as his left arm circled her waist, the right around her shoulders to hold her tighter. His arousal pressed against her belly. Heat radiated from his body, scorching her skin through the thin material of her robes. She knew what they were doing was wrong, but she couldn’t bring herself to make him stop. If her kiss could bring him some comfort, who was she to deny him? How could she deny herself? He’d ignited something she didn’t understand. Something carnal and oh, so pleasurable.

In a world that could either be historical or alternate reality, Fin is trapped in a nightmare because of all the wars he has been involved in. Serena is a dreamcatcher and Fin’s pain calls to her. The only trouble is, Fin can see and touch her. Something that doesn’t usually happen! This is a good, solid story about good vs. evil with Fin the pawn in the middle. Serena does the best she can, sometimes to her detriment, but both her world and his seem to be against them. The characters in this story are all believable, but the old woman was my favourite. The setting was perfect for this story and nothing seemed out of place or too modern. There are battles of different kinds being waged in this story and it makes for a great read as the pages almost turn themselves. If you are looking for a fantasy romance, then I have no hesitation in recommending this quick read.

I have just finished reading In His Dreams. This was another lovely story written by an excellent author. I always enjoy the writing style of Annie Harland Creek. She has a natural flair for this style of writing and I am always inthralled by her stories from beginning till the end. Her latest Work, did not disappoint.