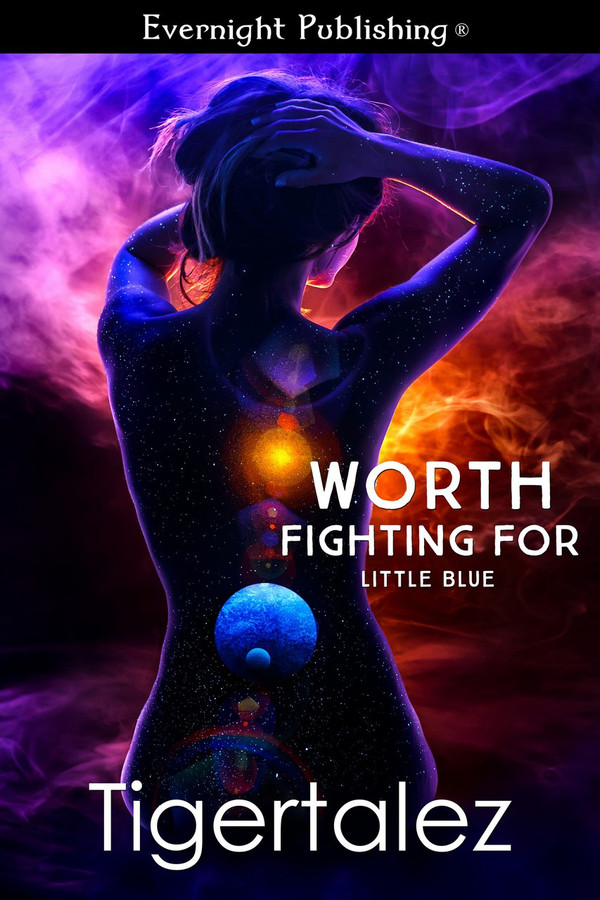 Tasid has never wanted anything to do with the political agendas of his overbearing father, and with the newfound peace between the galaxy’s two largest alliances, he hopes he can at last avoid politics entirely. He takes charge of a resource vessel bound for what everyone has assumed is a barren solar system. Providence, however, has other plans for him and his crew, and Tasid is the one who discovers sentient life worthy of first contact. But what the tiny planet can offer could start an even bigger war, one spanning the entire galaxy.

The world changes for Juno Lavender and her three best friends when alien life is not only discovered, but finds its way into Earth’s orbit. Whether this event will prove advantageous or deleterious is unknown. Juno can only hope for the former, but between the riots, attacks, explosions, and abductions—and the whole falling naked from thousands of feet hoping an alien will catch her in a mating ceremony, she fears it may just be for the latter.

Jeri continued to attempt cleaning off the blood from her face. Juno hissed. “That hurts, Jeri, and I have more than enough hurt right now. Can’t that wait?”

“She’s right, Juno,” Kaycee said. “This isn’t just happening here. It’s not even only in the States—the riots are global. There are already reports of tens of thousands killed. People believe it’s Armageddon. With no one going to work to power the electricity or make the medicines and everything else, we will run out of resources like medicines really quick. Pharmacies are already ransacked. What hospitals got, is what they got.”

Juno nearly rolled her eyes. “Damn, that’s not good. Why are people so stupid? We need to stick together. This ‘everyone for themselves’ crap is only going to make us vulnerable, not only to ourselves, but to the aliens.”

“Don’t need to tell me, girl,” Jeri said. “You’re preaching to the choir. I agree, we need to stick together.”

“There’s strength in numbers,” Maggie said in a stronger voice than before.

Benny ran through the door followed by a young Hispanic man carrying a large first aid kit, who looked like he was just dragged out of bed. He nearly skidded to a stop as he took in the look of all the girls. He mumbled a list of expletives in Spanish as Benny quickly introduced him to Maggie and Paige. “Girls, this is Rodger. He’s a registered nurse at one of the local hospitals.”

Rodger ran to Juno first. “What happened?” he asked, as he dropped the bag at her feet and knelt down in front of her.

“Hi, Rodger. Sorry to disturb your sleep, but I got trampled by a mob.” Juno tried to be humorous about it, but she could hear it fail miserably in her own ears.

Rodger dug into the bag and pulled out a blood pressure cup and stethoscope. “A mob? I’ve only been asleep for six hours. What the hell happened in six hours to cause a riot?”

Rodger gave them an irritated look. “Seriously, girls, what happened?”

“Seriously, Rodger. Listen,” Kaycee said, and then turned up the television.

“Since the president’s announcement earlier this morning, urging everyone to stay calm, riots have razed homes and businesses all over the entire U.S., killing thousands. The numbers are exponential as the death and destruction reaches around the globe. Government leaders are scrambling to bring order to their peoples, but several have found themselves short-handed, as many in their ranks have abandoned their posts, going AWOL, presumably fleeing into hiding with their families.

“Reports have come in informing that the alien ship has passed Jupiter, and still has to pass through our asteroid belt. Sci—”

Kaycee hit the mute button, and the room went silent.

Rodger stared at the TV in disbelief. Jeri gave him a hard nudge. “Focus, Rodger. These girls are in pretty bad shape.”

“Yes, you’re right.” Rodger began pumping the pressure cup. He took her vitals and gave a quick check over, then moved to the other girls. After he was done, he stood up.

“Juno, Paige, and Kaycee, you three need to head to the ER. Juno, you’re the worst, and I am concerned you may have some fractures and a concussion. Paige, you should take seriously the possibility of damage to your eye. And, Kaycee, your wrist may be broken. You will need an x-ray to tell for sure, though.”

“But how do we get there?” Juno asked. “We got like this just getting here just from the bus stop.”

Rodger grabbed his bag and hurried out of the apartment. Benny closed the door behind him but didn’t lock it, and Kaycee turned the channel to the Disney channel, for little Amanda. It was Doc McStuffins, and the song “Time for Your Check-up” filled the room.

Hoping to avoid politics, Tasid takes charge of a resource vessel bound for what everyone believed to be a barren solar system and discovers sentient life worthy of first contact where his life takes a challenging turn in this exciting sci-fi romance. The whole world changed for Juno and her three best friends the day the aliens made themselves known and the reader can’t help but be drawn into the story as first contact is made and Juno finds herself falling naked and hoping an alien will catch her. Ever wonder what first contact with aliens would be like, well this author has created a fascinating series full of intriguing and colorful characters and I do mean colorful with some interesting characteristics that are sure to capture your imagination. The characters are strong, compelling and demand your attention while they introduce themselves to your world in this steady to fast paced plot full of suspense excitement and romance. Anticipation grabs a hold of the readers immediately as Tasid begins preparing to make first contact and of course the excitement doesn’t stop there as humans have to adjust to the fact that they aren’t the only beings in existence and some react with typical behavior but for Juno and her best friends the excitement has just began however the resources that Earth can provide for the aliens is one hot commodity that some out there will stop at nothing to acquire and their mating rituals add some hair raising excitement as well. The intriguing events hold readers captive from the very beginning while ensuring that there is never a dull moment in this well written story full of vivid details that make it easy to picture each and every scene. The aliens that Tigertalez has brought to life is creative, colorful and just what I would hope that the aliens out there are like…did I mention that they sound sexy as sin…where was I? Oh yeah, I was completely fascinated by the story and I can’t wait to read the next one.

LOVE this author&#039;s books!!! This one was a good book. It felt as if the beginning was a bit slow but then it picked up. Tigertalez does good storytelling. Can&#039;t wait to see where this goes!

this is one of the best books i have read but her books are always good. I think this should be put in the movies it has all the emotions of laughing , crying , and a riviting attraction to one would not want to miss a single part of the book. for a sci-fi movies should be lineing up to get her to sign a contract to put it movies / the auther has and very creative emagination.