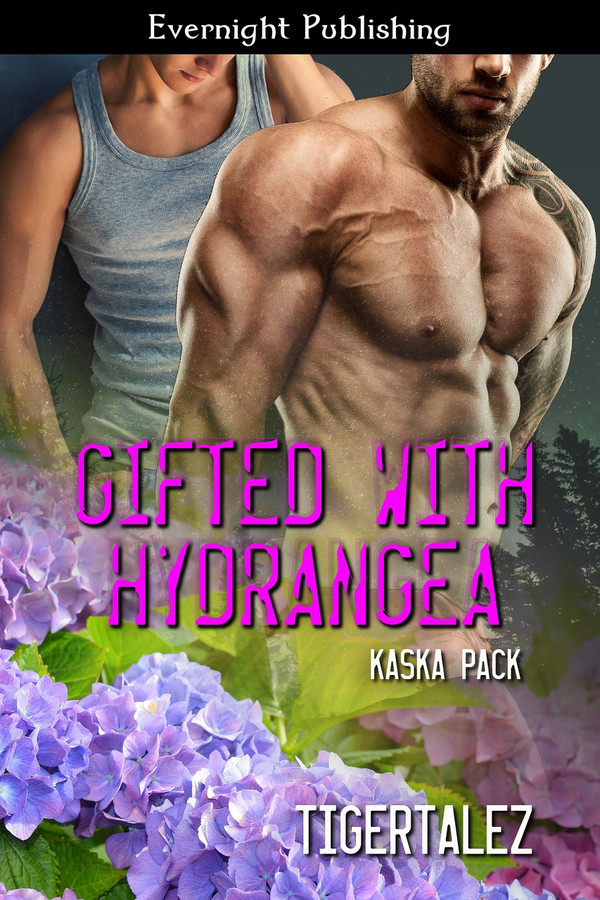 Rudo finally gets to claim Ryker. All they want is their happily ever after, but their mating is threatened when Rudo's former alpha betrays them, sending Rudo back into captivity. Things only get worse after their rescue when the pack finds more labs, each worse than the last, the final lab leaving them exposed to a new, lethal virus that was created using shifter DNA.

Meanwhile, Enzo finds that his secret admirer is actually his mate, Heath, but a misunderstanding with some wolves leaves Heath traumatized. Now Enzo has to try to convince Heath that he isn’t a monster, not an easy task when he has to take over the entire pack because his alpha and his team have been exposed to a weaponized virus. Tension is high, so how can Enzo possibly convince Heath to let him claim him?

Alphy looked out the window. “There’s Kace and Marley with the trespasser.”

Ryker was curious, so he followed Alphy out into the main room. He felt Rudo following close behind.

They were both in the main office area when a naked Kace and Marley escorted in a man about Ryker’s height. The little man was pale, and Ryker could hear his heart beating at a dangerously fast rate. He had some minor cuts and bruises, and his fear was so palpable that Ryker could taste it on his tongue. Yuck.

Ryker smiled at him, careful to hide his fangs. “Hi, I’m Ryker. My brother’s a doctor, and you look like you can use one. How about I call him over?”

The young man didn’t say anything, so Ryker just took out his cell and dialed his brother. As he was waiting for Seamus to pick up, he saw Alphy give Kace and Marley stern looks.

“What the hell happened to him?”

“Sorry, Alphy,” Kace answered guiltily. “I guess he didn’t know how to ride a horse. He fell off.”

“Hi, Sea-salts. Hey, I’m up here in the office. Kace and Marley just brought in a human. He’s not doing so good. His heart-rate is nearly through the roof, and he apparently fell off a horse. He’s got some cuts and bruises.”

Ryker placed his cell in his pocket and motioned for the young man to take a seat, all the while offering him a kind smile. “Take a load off, uh—what’s your name?”

The man looked at the seat that he had offered and took a moment to contemplate, as if he wasn’t sure it was a good idea. But he soon made his decision and sat down. He was shaking pretty badly, and only whimpered in response.

“Hey, calm down, buddy. No one’s gonna hurt you.” Ryker tried to calm him down, but the young man shied away when Ryker tried to pat his arm. The man looked up fearfully at Kace, who was dressed now. There were always extra clothes strategically placed everywhere.

Alphy glared at Kace. “Kace, wanna tell me why he thinks you’re going to hurt him?”

Kace tilted his head slightly, submitting to the alpha, and winced. “I may have threatened him a little bit, before I put him up on Marley’s back.”

Marleyadded, “Don’t forget how vicious the two girls were. You would have almost thought them rabid, and with how skinny they were, I bet he thought they were going to eat him.”

Alphy rubbed his forehead and sighed heavily. The sound of a quad rumbled down below, and shut off.

Ryker perked up. “That would be my brother, Seamus. You remember, he’s the doctor.”

The man didn’t respond. A moment later, both Seamus and his beloved, Maysa, walked through the door. He went directly to the man and knelt down in front of him.

“Hi. My name is Doctor Seamus Rossi, but you can call me Seamus. I can tell you’re very upset. Your heart-rate is at a dangerous level. If you’d like, I can give you a mild sedative to calm you just a bit. It wouldn’t knock you out. It would just calm you.”

The man was shaking his head, furiously, and he backed away from Seamus. Seamus put his hands up and spoke calmly.

“It’s all right. I won’t give you anything you don’t want. Do you have any allergies?”

Everyone gave them more room as Seamus continued to question and examine the man. Kace and Marley took up guarding positions by the door, and Alphy backed up a bit, pulling Ryker and Rudo with him. Things felt like they were starting to calm down until Enzo walked in the door. That was when all hell broke loose.

Heath&#039;s introduction to the paranormal was a traumatizing experience and Enzo has to convince him to let him claim him. Rudo finally gets to claim Ryker but his former Alpha is out to betray him again in this exciting paranormal double romance. Adrenaline pumping excitement builds throughout the story as the pack discover more corrupt paranormals and more labs with the danger and excitement continuing to escalate as the pack is exposed to a lethal virus. These intriguing events draw the reader in and guarantee that they turn every last page of this well written, fast paced and smooth flowing plot that thrills readers with lots of suspense, action and romance. To spice things up even more there is not one but two matings happening - Rudo and Ryker&#039;s, and Enzo and Heath&#039;s - both are full of passion and sizzling desires with some scorching sex scenes with both relationships having problems although of different types. This keeps tensions high as these strong, compelling characters grab readers attention and pull them into their world. This fascinating and sexy series just keeps getting better and better with lots of unexpected twists and surprises to keep things interesting, not to mention keeping me on the edge of my seat and wanting to know what will happen next. - See more at: http://glbt.theromancereviews.com/viewbooksreview.php?bookid=20014#sthash.y1vSTmJ8.dpuf

This was a really good story and I’m bummed that I didn’t know about this series… It is full of hot sex, great characters and an even better world… I loved that the author gave me a sample of different characters and even though I hadn’t read the other books I was able to read it without feeling lost… The only thing that I didn’t like was some of the characters names were unisex so it took me a minute to know who was who… I give this book 4 diamonds and can’t wait to read the next book in the series…

Another great addition to the series!! Even tho I&#039;m not a fan of m/m stories this was worth the read and a great continuation of the series! Looking forward to the next book!

This is book 5 in the Kaska Pack series. It, like all the rest, captures your attention and holds it to the end. Unlike the others it tells the story of two male couples simultaneously. I am looking foreword to the next in the series.