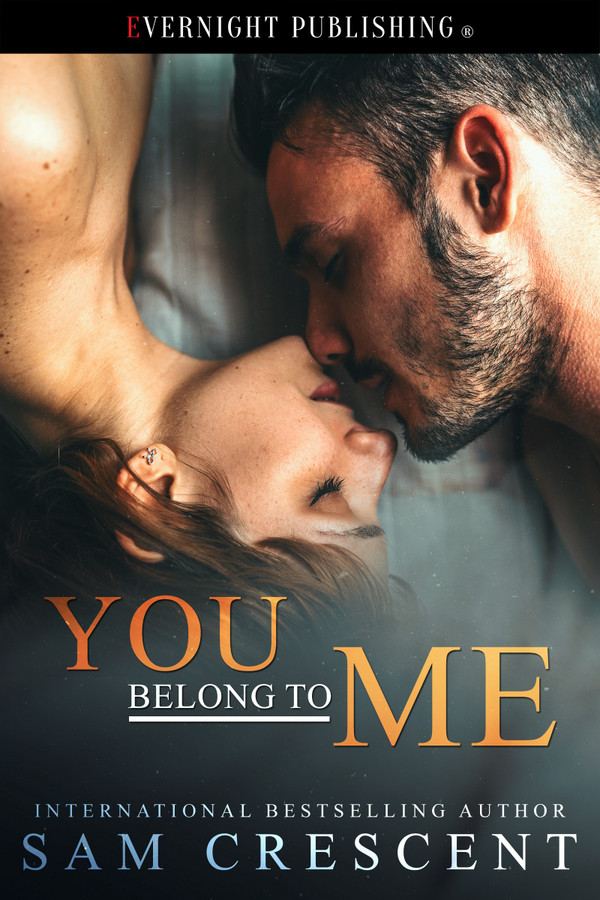 After completing his last mission, Quinn Powell leaves the Navy SEALs behind to tackle what just might be his greatest challenge: claiming Kaley Woods. The woman is both his sister’s best friend and Quinn’s ultimate weakness, two things that would send any sane man running in the opposite direction. But he’s not the type to run.

When Kaley hears Quinn is coming home, she wonders if he’ll still affect her in the same way. Now that he’s living in her apartment, she has her answer. Everywhere she turns, he’s there—strong and intent—his effect on her more powerful than ever. She knows he’s returned in search of something. What she doesn’t realize is he’s determined to make her his … in every way possible.

Suspicious, she looked toward her door to see it was still closed. There was no way he’d invade her privacy or read those stories. They were her stories. He wouldn’t even know that she wrote in her spare time. It wasn’t something she advertised. She began eating, conscious of his gaze on her throughout the meal. Kaley liked his eyes on her. This was the first time in her life a man had taken an interest in her.

Scooping up more of the food, she stared right back at him. “I’m sorry about Dorothy.”

“She dated a guy who turned out to be gay. Dorothy will get over it.”

“You’re not a little worried about others exploiting her?”

Quinn threw his head back and laughed. “Baby, I’m more worried about the men than my sister. She’s a massive manipulator.”

Kaley licked her lips, thinking back to Quinn staying in their apartment. Her heart pounded as she took another bite of the casserole.

“Dorothy did it on purpose, didn’t she?” Kaley asked.

“She knew you were going to be here that day. Not once did she tell me about you or even give any hint of what was going on. Both of you planned for that day.”

He didn’t look away from her, confirming her suspicions.

“Why didn’t either of you tell me?”

Quinn took a drink of soda before he started talking.

“All this time I’ve known you, not once have you been in my company for long. You always scamper away from me or find a reason not to be alone with me. Dorothy knows my feelings when it comes to you. I asked her if I could stay here so you’d get used to what I want.”

Kaley stood, taking her plate into the kitchen. His words weren’t what she expected. She put the plate in the sink then turned around, freezing. He stood right behind her.

He leaned around her, trapping her against the sink. She licked her suddenly dry lips once again. His closeness had her gut clenching and her pussy melting under his intense gaze.

Quinn cupped her cheek, tilting her head back.

She couldn’t speak. Words formed on her tongue yet didn’t come out. What should she say or do?

Then his lips were on hers and all other thoughts left her mind.

Quinn knew from the moment he saw Kaley all grown up that she would be his but his family convinced him to let her grow up more and experience life before going after her. He joined the military, Navy Seals, and left for his tour. Now he&#039;s back home and more determined than ever to have Kaley and make her his. She&#039;s very shy, very quiet and seems to be nervous around him. I loved that he took his time and didn&#039;t overwhelm her. Will it work? The story is fairly short but there is a lot of emotion packed into it. Really a great story!

Pretend for Me by Sam Crescent