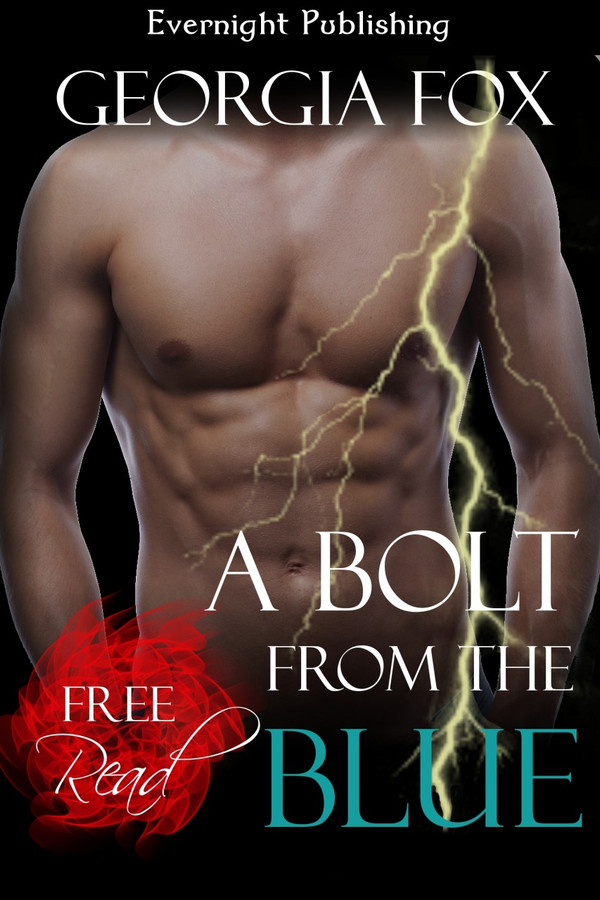 Alix likes her secrets, but one of them is about to draw her out of hiding and make her face a few facts about her life. He's someone she's only chatted with online, yet he already knows more about Alix than any other man she's ever encountered. For some reason she's told him more than she should and when the voice in her head asks what the hell she's doing, she has no answer to give. Nothing can explain the nature of this unusual relationship or why she feels so close to a stranger.

Until they finally come face to face and discover that lightening can strike in the same place twice.

And he was somewhere over there already. Somewhere. Was that his laughter? She didn't turn her head to look. Best not.

If she looked him in the eye again it would only make everything linger, when they'd both decided, over countless email conversations, that it would be just that once. Two "strangers" having a brief interlude. Uh oh, her nipples were taut suddenly. Probably from that sudden rush of cold air as someone else came in through the door. But no, she knew it wasn't just from that. It was from thinking about him again and the way he kissed her, savage and greedy. The way he gently bit the soft skin under her ear and whispered her name as his hands slid under her dress, pushing it all the way up over her breasts until his fingertips circled the puckered areolas, teasing, tormenting.

She exhaled a low groan as the heaviness mounted again, the pressure inside her pussy suddenly more intense right where his cock had pumped hard, ruthless, leaving her hot and sticky. Now her nipples tightened to small peaks, poking against her dress, shifting uncomfortably when she moved. She hadn't worn any lingerie tonight. For expediency and because that was the way he'd wanted it. Now she wished she had a bra with her. Again she glanced down at her purse. Too damn small.

She grabbed her place card and walked over to the diagram of tables.

She actually pondered sneaking back out, but behind her she heard someone shouting her name. Oh Christ—that inane guy with the metro-sexual eyebrows. She'd know that voice anywhere.  She must be at his table. Was it possible just to pretend she hadn't heard? There was quite a lot of noise in the room. Might get away with it.

But before she could do anything there was a tall man behind her, looking over her shoulder, pretending to examine the seating plan while he stood too close. Shivers lapped her spine, fluttered over her scalp. It was him. His aftershave. His watch on that wrist as he reached a long arm over her shoulder to point at the map.

She stared at his finger and swallowed, remembering how that same hand had cupped her pussy, protecting it from the edge of the faux marble console, while she bent over the sink, held onto the shiny faucet for dear life, and let him plumb her ass so deeply.

"What table are you at?" he murmured, his warm breath disturbing the loosed tendrils of her hair, moving them against her cheek.

His other hand had swept briskly between her legs, under her skirt, two fingertips following the trail of stickiness along her inner thigh.

for this book.... The author shows her talent in this book .... I love the storyline between everyone in this book. The only complaint is that this could so be a longer book.... it was to fast of a read... I need more please....

this story was great. had good characters and a really fun story. I liked it a lot

I&#039;ve seen quite a few of Ms. Fox&#039;s stories on amazon but this is the first one that i&#039;ve read. A very talented writer that held my attention all the way through this short story. I&#039;m looking forward to reading more of her work.

I love Georgia&#039;s writing! But this took my breath away. I read it twenty minutes because I couldn&#039;t stop. WELL DONE!!