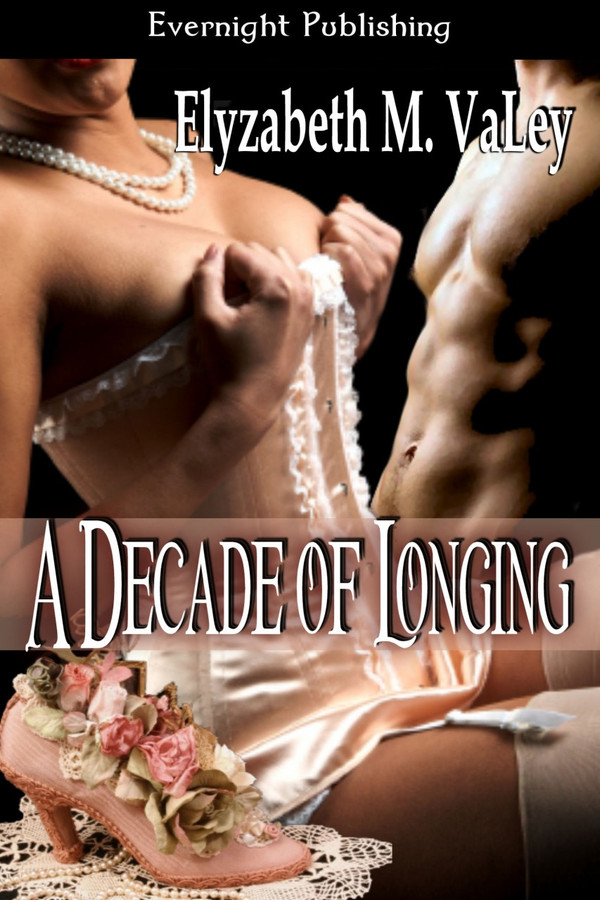 Angelica and Alexander fell in love at a young age. Unfortunately, their love is doomed since the beginning. Forcibly separated, Angelica is obligated to marry another man at her father’s convenience while Alexander is prohibited from ever seeking her out again.

Ten years later, however, Alexander is no longer the callow boy he used to be. Now an influential gentleman, he is bent on recovering the only woman he has ever loved. No matter the cost. But has their love withstood the ravages of time?

Be Warned: abuse of the heroine, adultery

Angelica stood up to receive Alexander. She had been trying to prepare herself for this moment all morning. The thought of seeing him, alone in her drawing room, had made her unable to concentrate and get anything done. She tried to feed on her anger, on the feeling of abandonment, of being cheated. She thought of the long ten years in which she had known nothing of Alex. She had spent ten years worrying about him, craving for him, hungering for him and yet she had known nothing. She had lived every day for the past ten years wondering if he would fulfill his promise and come back. Though she finally convinced herself that it would not happen, Angelica still hoped.

Even as Jonathan introduced Alexander, and he bowed low to her, she could feel her resolve fading away and her heart accelerating.

“Thank you, Jonathan,” she managed to say in a normal voice. “Have a seat please, Lord Huntington.”

Yes! She was doing it! She was actually carrying on a civilized conversation without letting her feelings get in the way. All she had to do was avoid gazing into his eyes and she would easily be done with this silly reunion. She smiled to herself. She was still in control.
With renewed vigor, Angelica sat back behind her desk and shuffled some papers. While Alexander sat down, she tried to calm her nerves by reminding herself that they were on her ground. This was her office and she was in control. She had no feelings for Alex whatsoever and after ten years, she was certain that there was nothing left in him of the man she had once loved.

Finally, she folded her hands atop the mahogany desk, cleared her throat and began to talk business.

“Our charity, Children of Today, was created a few years ago to try and help those poor children who are without a home. Our main goal is to give the homeless children a roof, meals, and in general a better life until they become adopted or are ready to go their own ways. We create activities such as raffle sales to try to help better the life of the little ones in our local orphanage. We also go to them at least once a week and teach them diverse things, or play with them, read to them––”
“Angie.”

His voice cut through her like the sharpest knife. Her words faded away and silence reigned. Angie. It was a simple word, her name. But said by Alexander, it held a whole new meaning: love, ache, desire. Angie. It reverberated through her, coursing through her body and causing a shiver to run down her spine. Her body recognized the voice and she looked up at him, making the fatal error of gazing into his eyes.

Angelica blinked. One moment Alexander was sitting across from her; the next, he was standing before her. So close. Too close. She tried to stand, but the moment she did, he snaked his arm around her waist and pulled her closer. His lips found hers and she lost herself in a passionate kiss.

Angelica felt his soothing hand on her hair; his fingers burnt into her waist. Her bosom pressed against his chest, and she felt desire begin to course through her, concentrating itself between her legs. She heard a low moan emerge from her own body––something she hadn’t permitted herself to do for the past ten years. That one simple human reaction brought her back to reality. With force, she disentangled herself from Alex’s grip. Taking a step back, she slapped him hard.

“How dare you?” she said, her voice rough. She cleared her throat. Her whole body trembled. She began to pace around the room, trying to distance herself from Alex; trying to forget his taste in her mouth, to lose the warmth he had radiated, the life he had infused in her.

“How dare you?” She turned to look at him.

Ms Valey kept this from being a typical historical romance insofar as the external conflicts that Alex and his Angel faced were pretty dire all the way through the book. Angelica&#039;s husband was clearly not a likeable guy and had no redeeming qualities, so it was super easy to hate him and cheer for the couple who went behind his back to meet. However, with that conflict and the past that haunted this couple, I would have liked to see a bit more of the emotional damages that the leads would surely have suffered at the hands of all this chaos. Still a very steamy read with a very edge-of-your-seat plot and an author that I will keep an eye out for in the future.