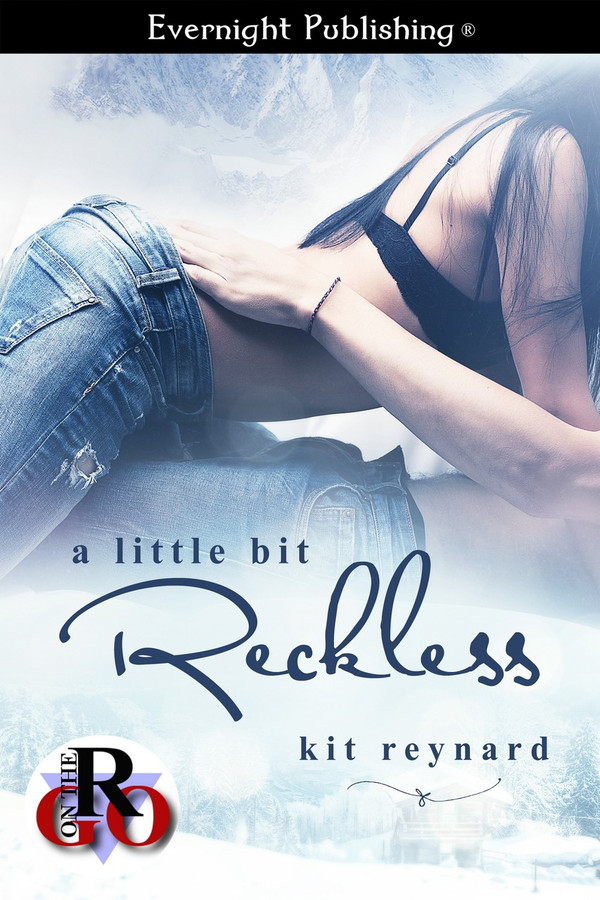 When Hannah Knowles is invited on a winter getaway by friends, she doesn’t expect it to end in disaster. An overheard conversation leaves Hannah reeling from the discovery that their friendships are a lot more one-sided than she’d thought. Determined to leave, she ends up stranded in a winter storm only to be taken in by Luke, the sexy and seemingly unattainable older brother of Jamie, her childhood friend.

Luke Draper is more than happy to take Hannah in out of the cold. Having the alluring Hannah in close confines with him is both painful and tempting for Luke. Still, conscious of her fragile feelings, Luke’s determined to carefully restrain his long held desire—until Hannah makes a suggestion that Luke’s hard pressed to pass up.

Together, Hannah and Luke have to decide if being a little bit reckless is really the right thing to do.

For a long moment Luke didn’t, couldn’t, breathe, his air trapped somewhere in his chest.

‘Did she really just say that?’  Luke asked himself incredulously.  Unable to believe what he’d just heard he struggled to rein in his suddenly whirling mind.

Aware that Hannah was staring at him, an expectant look on her face, Luke shook his head harshly and tried to come back to reality.

“What?”  His voice came out as little more than a rasp.  Luke swallowed harshly, aware of the dry clicking sound his throat made, and tried not to focus on the way his cock automatically stiffened or how sheer want surged through his veins.  Every fantasy he’d ever had about her seemed to be trying to rush in on him all at once, and to compete for first place in his mind.

“I said,” Hannah’s head was tilted up at an almost defiant angle but Luke could tell that her boldness was beginning to fade, “I think we should have sex.”

“Yeah,” Luke nodded as he stepped carefully over the broken shards of the dropped mugs and moved to stand directly in front of her, “that’s what I thought you said.”

Then he did the only thing he could do in that moment.

He leaned down and kissed her.

This was a cute story. Hannah and Luke coming together was fantastic. I look forward to reading more from this author