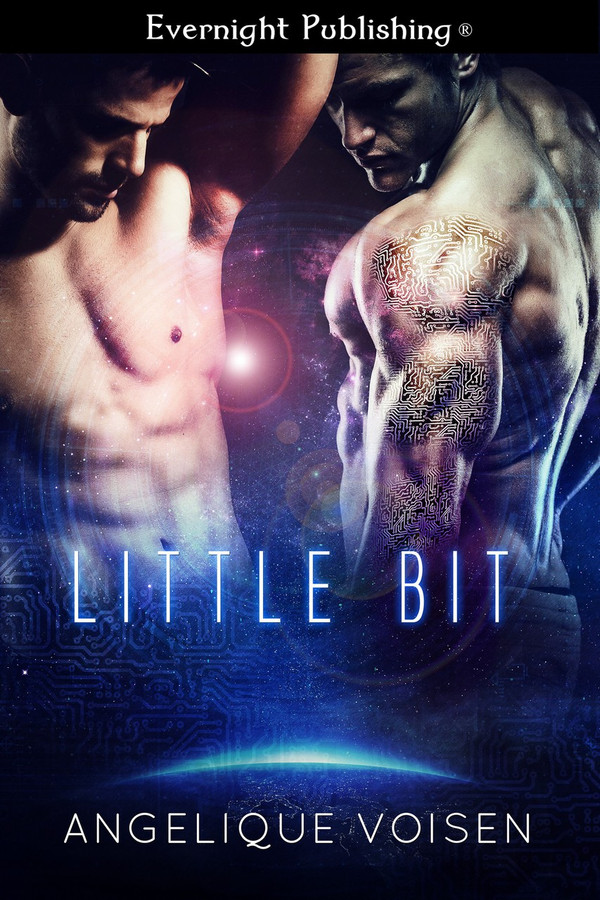 After losing all his limbs and his ability to shift, defective werewolf and soldier of fortune Jimi Ny is ready for retirement. To pay for his augmented arms and legs, Jimi is given one simple task—assassinate his former mate, renowned cyborg maker Gepetto and destroy his latest creation Pino-173.

Any excuse to end the life of a soulless machine disguised in a human meat suit is good enough for Jimi. Chancing upon Gepetto’s corpse, Jimi is thrust into a complicated game where Pino is the grand prize and he soon understands why. An AI program doesn’t issue commands to Pino’s body. Pino’s a new breed of cyborg, capable of feeling pain and pleasure, joy and sorrow. He’s more human than Jimi can ever be.

Jimi Ny’s face hardened, his mouth formed a hard line. “I came here to kill him and dismantle you, but I guess someone beat me to the first part of the job.”

“So don’t bother wasting fake tears on me, little bit, because you have no idea what its like to lose someone. You’re just a machine in a human meat suit.” The tiny black plates in his left arm shifted, the nanomachines insides furiously working, until his entire arm resembled an old-fashioned curved sword. He took a step forward, his alien eyes cold and unfeeling.

“Wait,” I rasped, raising my hands in surrender. “Please, wait.”

“Little bit, you going to beg for your life? Where did you learn that, from watching movies on your vid?” He mockingly asked, voice pouring out like gravel. “I have to admit, Gepetto did a fantastic job on you. Those tears almost look real. I bet some fat rich pervert wanted a custom-made real life twink sex doll like you, eh?”

My cheek twitched. I bit back the comeback I had ready. Saying, “Fuck you. What do you know?” to a man who wielded the power of life and death over me hadn’t been wise. Besides, he didn’t know. Had no clue how much I panted after death as much as he lusted to hand it over to me on a platter.

How would he react if I confessed how badly I wanted him to run that wicked looking blade through my chest? The end didn’t terrify me. Not when what awaited me was Biron, smiling and healthy. Biron or sweet oblivion, and both choices seemed mighty fine and easy compared to living on, but I had one last thing to do.

“Let me see him one last time. Gepetto. I want to say goodbye, then you can have your way.” I fell on my knees, felt him come close. Heard the telltale clicks of his arm reforming and reshaping itself, and expected a blade against my throat.

Instead, cold fingers fisted my hair, forcing me to look up at him. Something I didn’t expect to happen again, did. My pulse hammered against my throat. Synthetic lungs struggled to pump out air and my jeans felt tighter somehow.

Jimi tugged my hair harder, amplifying the pain, further confusing the circuits of my cyborg body with old feelings my brain remembered—me, on my knees, naked and exposed, excitement humming through my veins as Biron smiled above me, nudging his erect cock between my lips.

Oh Gods. I didn’t know this new body could still remember desire. To feel aroused and bothered like my old one could. Jimi could sense it too. I knew by way he expelled a sharp breath. I saw his erection, bulging from his combat pants at eye-level and if I leaned a little closer, I could blow against his needy shaft and see it thicken.

Gods of the Galaxy, the thoughts flooding through my mind like a torrent shamed me. All of it felt wrong, fucked up even, but my head kept on churning out fantasies. Unlike the weak and pathetic old Pino, this new body wouldn’t break easy. It would yield beautifully, bound and helpless. Be able to take the kiss of leather, the strands of a flogger, or the harsh texture of a plastic paddle.

The kind of punishment a powerful man like Jimi could dish out—but from one look, I doubted safe, sane, and consensual were the words I could associate with him.

All these crazy thoughts are only by-product of not having sex in months. Little consolation in that because nothing else had changed between us—my creator remained upstairs, dead and never coming back to life, and I still had no clue what happened.

Oh, and a crazy shifter, a professional killer with weapons for limbs wanted me dead. Dismantle had been the word he’d used, which meant he didn’t see me as a living breathing human being in the first place. Terrific.

“You getting off on this, little bit?” Jimi asked, voice hoarse.

Little Bit by Angelique Voisen is a short but very emotional read. I really liked the twists and turns this story takes. Pino is a very layered character. He comes from nothing, goes to be a living experiment thinking he might die and ends up with so much more than he expected. I liked his will to live. He has a strong spirit that drives this story. I really think he is a beautifully done character. One I cheered for and wanted to have his happy ending. Jimi well he starts out as a shifter. What he ends up being at the end is very different. I liked how despite what happens to him he is still him. He is the man we met from the beginning. Driven, strong, alpha. He never loses his self inside the machines. Over all I really enjoyed this story. Powerfully done characters, fast paced story, and lots of heart make this one I really loved a lot.