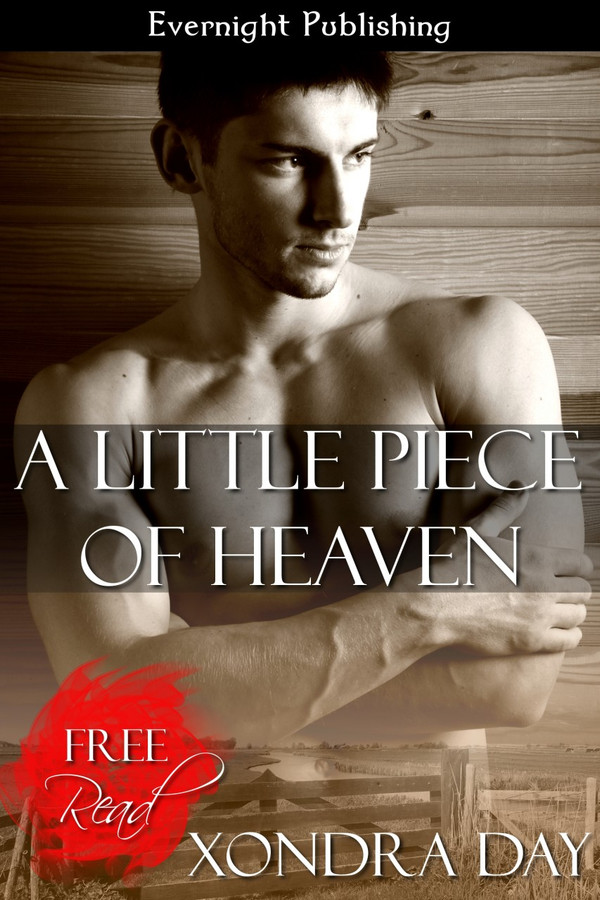 Kansas, 1933Calvin is going through a crisis in his life. After facing a potential scandal at college, he returns back to the family farm only to find himself the subject of gossip and rumors. His one solace is his father's farmhand, Josh who he's lusted after since the man's arrival.When chance presents itself, the two men come together for one afternoon of passionate pleasure and they discover they have more in common than they'd initially thought. But are their feelings for each other just a whimsy or is it something much more?

The creek was still high, much higher than Calvin expected given the weather that had dropped upon the county during this month.

Josh stood at the edge of the creek and stepped out of his jeans. Calvin nearly dropped seeing Josh’s butt. He averted his eyes and tried to pretend it was no big deal seeing this man naked in front of him, but already his cock stirred even though he fought to keep that from happening.

Josh glanced at Calvin. “Are you going to just stand there or are you going to join me?” Josh had waded out into the creek and was stretching his muscled arms high over his head. “The water’s great. Come on in.”

Calvin nodded. It wasn’t like he hadn’t been naked in front of another man before. Heck, he’d had relations with one … many times.

Calvin shifted out of his shirt and dropped it on the ground. He hesitated nervously as he undid his pants. He then sucked in a deep breath and stepped out of them. He made haste to the edge of the creek and slipped into the cool water until he was waist deep.

For far too long Josh had wanted to be with Calvin alone like this. His boss’s cute son hadn’t gone unnoticed and many times he’d stolen glances at him when in each other’s company on the farm. When Calvin returned home from school, he couldn’t help but feel glad about it.

“See, the water’s perfect.” Josh moved through the water and felt its coolness wash away the dryness and dirt from the farm. “This is great. When you get right down into it, it’s much better.” He swam to where Calvin was and with one big sweep of his hand, splashed him.

“Don’t do that,” Calvin said, half laughing.

“Is that a dare?” Calvin moved deeper into the creek.

“Maybe,” Josh toyed, backing away. He turned slightly. “Catch me if you can.”

http://manohmanreviews.blogspot.ca/2012/09/review-little-piece-of-heaven-by-xondra.html Reviewed by Amber: I liked this cute short and I thought the author got the time period right. The connection between the two men was nice and refreshing. They were different in many ways but shared the need to be loved on an intimate level. Given it&#039;s 1933, it wasn&#039;t easy for them. The sex was written well and I was left wanting to know more about Calvin and Josh when the story ended. This is a free read from Evernight Publishing. You can download your own copy from their website. A﻿