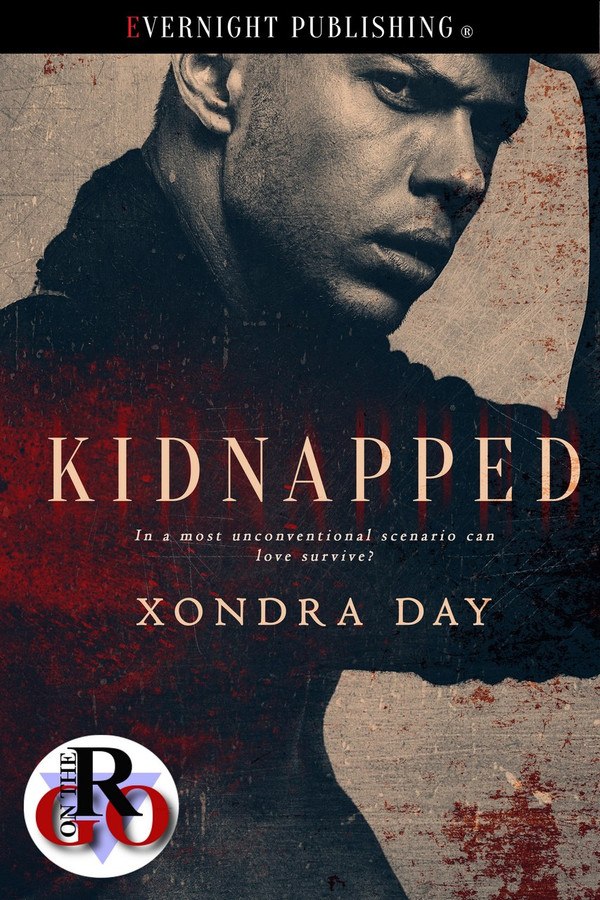 Sam Kindley has lived a rocky life. Being a hired gun for a local crime lord isn't easy, but it pays well, so what's a guy to do? Life is routine. The boss gives him a job and he completes it without incident.

Kidnapping Tyler Hanson and holding him for ransom seems like an easy enough task. But Sam never expected to be attracted to his mark. When sparks fly between them things become complicated. The heat sears and after a couple of hot encounters emotions quickly become involved.

Tyler Hanson never thought that he'd actually like his kidnapper, but his world is turned upside down in a moment of lust. Things are never what they seem, but maybe it's all for the best. There's much more to Sam than his rough and gruff exterior.

In a most unconventional scenario can love survive? Will Tyler?

At two in the morning, Sam doubted that anyone would be up to spot them. The town was smallish and glancing around he didn’t see any lights on in the surrounding homes or security cameras in sight. “Let’s get this done.” He pulled a rubber clown mask down over his face and got out of the van. Phil did the same, muttering how much he hated fucking clowns.

Sam walked quietly up the front path with Phil in tow. He went around the side of the house and crossed over the lawn to the patio area where he noted a home security sign on the glass of one of two doors. He immediately looked to his left and spotted a box. He shook his head at the stupidity of the companies that installed these systems. Any burglar worth his salt would know where to look and what to look for. With a quick snip of a couple of wires the system was disengaged and knocked out of service.

Phil pushed a door open after fiddling with the lock and grinned at Sam. In less than a minute he’d been able to pop the lock. Inside, the kitchen was lit only by the dim light over the large stove. The rest of the main floor was cloaked in darkness and shadows as they walked on through to find themselves at the foot of the grand mahogany staircase.

Sam assumed at this late hour everyone would be asleep. Taking two steps at a time, he paused as he reached the upper level to listen for a brief moment and was satisfied when he heard nothing but loud snoring coming from one of the bedrooms.

“At the end of the hallway,” he said to Phil, his voice just above a whisper. The snoring he’d heard was coming from that room. No one else was supposed to be home but a couple of servants who had their own quarters located away from the house on the grounds. The parents were away for the weekend doing something or other. The details on where they had gone were not known.

Sam opened the bedroom door and eased into the room with Phil behind him. The plan was to use chloroform to knock the senator’s son out long enough to secure him for transport. He moved to the bed and stood over the sleeping figure. Sam pulled the cloth that had been soaked in chloroform from his jacket pocket. With a little struggle, it was done.

“That didn’t take long,” Phil said. He pulled back the bedclothes and raised a brow when he saw that the senator’s son was dressed only in a pair of white briefs. “Should we dress him first or take him like he is?”

Tyler Hanson certainly wasn’t a kid. Sam swallowed hard. Not one fucking soul knew about his attraction to cute guys. His encounters had always been planned. He never messed around with any man who didn’t offer him complete discretion. It was just sex with no strings attached, usually in some motel far away from where he lived so there was no chance of anyone spotting him. He never kissed. Kissing was off limits. He did like to fuck. That was his thing. He loved a hot, tight ass. Willing bottoms were plentiful in the online chatrooms he frequented. Sam also loved having his cock sucked. Looking down to see some sexy dude sucking on him was thrilling.

“Sam?” Phil tapped him on the shoulder. “This isn’t the time to space out, buddy.”

“That’s a good idea.” He retrieved a set of sweats along with a pair of sneakers from the closet. With Phil’s help they got Tyler dressed which wasn’t an easy task. Getting him out of the house to the van came with a bit of struggle. Tyler weighed more than he looked. Sam guessed that he worked out since he was lean yet muscular. Without the chloroform, there would have been one hell of a fight.

Phil drove away from the house while Sam used duct tape to secure Tyler’s wrists and ankles. In a moment of not thinking, he reached down and ran his thumb across Tyler’s cheek feeling the smooth, soft skin. He traced his thumb down further over Tyler’s jaw, caressing the light stubble underneath. He sucked in a deep breath and sat back on the floor of the van. Why in the hell did he just do that? He got up and moved to the front of the van before sitting in the passenger’s seat.

“All secure?” Phil asked, keeping his eyes on the road ahead of them.

“Good. Now where’s this place we’re headed to. You said it was some cabin up in the mountains?”

Kidnappings are serious, but in fiction, with some suspension of disbelief, they can become interesting catalysts for a change in someone’s life. Or, in this case, two men’s lives. Kidnapper and kidnappee, Sam and Tyler don’t seem to have a lot in common – until they discover some of each other’s secrets and the situation they’re in takes an unexpected turn. Sam is a hired gun, and he follows his boss’s orders. But when he is told to kidnap Tyler, a senator’s son, Sam feels a strong attraction and ends up getting physical with his victim. Tyler has grown up with every convenience life has to offer, but his parents’ love was not one of them. When he is confronted with the depth of his father’s disdain, Tyler has a decision to make that will affect the rest of his life. If you like stories about kidnappers who face unexpected consequences, if you want to find out what happens when a senator’s son is confronted with the realities of life, and if you’re looking for a short read that is more of a sketch than a finished oil painting, then you might like this short story.