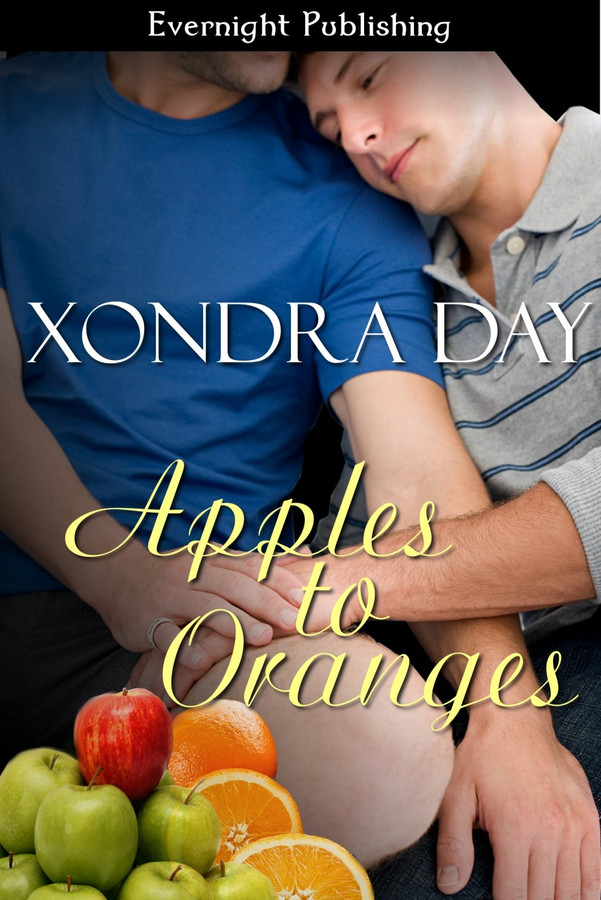 During the last year, Jace has experienced a lot of loss. His dad's untimely death in Afghanistan and his mom's subsequent nervous breakdown have left a lasting impact on him, and meeting Brandon gives him hope for  the future. Jace is ready to make big changes in his otherwise mundane life. He's at a pinnacle and can’t help but think what it would be like to come out.

Brandon's life has been nothing but chaos from day one. That is until he meets straight-laced Jace. Jace stirs  feelings within him that are new and exciting. And after a hot unexpected night together, he’s left with questions that desperately need answering.

As their feelings grow for each another, they come to a bridge that must be crossed. Is their love enough to keep them together or will their differences tear them apart?

Brandon was right about the weather. In less than an hour it was pissing down rain. Mike and a few others, including Brandon, had taken to the van.

By nine, Jace had the flashlight out and was reading a book he’d brought along, hoping it would pass time while the others drank themselves into a stupor. Mike had asked if he wanted to join them, but he declined. This wasn’t his idea of fun, especially with…girls all around him. If anything, he’d feel like the odd one out. No thanks.

Jace jumped when he heard a door slam. Then he heard footsteps walking in his direction. When the zipper opened to the tent, he saw that it was Brandon. From the way he flopped on his sleeping bag, Brandon was dead drunk.

“Fuck, it’s cold and wet out there,” Brandon said. He turned on his side, facing Jace. “You should have joined us in the van.”

“I’m okay here. I have my book.” Jace held it up and suddenly felt lame.

“One of the girls was asking about you. She was wondering where you were. I think she was interested in getting together with you.” Brandon grinned widely. “Like I said, you should have joined us. You might have gotten lucky with her.”

Just what Jace wanted. “Thanks, but I’ll pass on that.”

“Correct.” Jace went back to the pages of his book.

“In her, or do you mean girls, period?” Brandon’s face was serious, but his eyes were full of mischief as he connected with Jace through the dim lighting.

Jace’s pulse sped up and even though there was a chill in the air, he felt warm, extremely warm. He swallowed hard and his mouth felt like cotton. “What do you mean by that?”

God, he was buzzed. Otherwise, he would never have had the nerve to be this open and bold. Brandon thought about what to say next, choosing his words carefully. His eyes traced Jace’s expression, trying to read him. “Maybe you’re not into girls.” It was a comment and not a question.

“I…” Jace stammered, his eyes looking from Brandon to the book he held. “I can’t believe you’re asking me this.”

“There’s nothing wrong with being gay or whatever.” Even though his hazy judgement, Brandon wondered how come he did think this way when it came to his own ambiguous sexuality. At this moment, he was erect inside his jeans. That alone told him much more than anything else about how he’d felt.

“I know there isn’t anything wrong with it,” Jace replied. “What makes you think I’m gay?”

“Well,” Brandon lowered his voice. “Call it a vibe. It’s hard to explain. I did notice you looking at me in class at school.” It was all coming out now.

Brandon laughed. Jace was too cute for words. With his hair slightly dishevelled and his eyes looking so intense…he’d never noticed how green they were before now. “So.” Brandon inhaled deeply and his heard beat hard inside his chest. “What would you say if I asked if I could kiss you?” And before Jace had a chance to reply, Brandon leaned in and did it.

Jace almost came right then and there when their lips connected for the first time. He didn’t pull away, but the sheer surprise of the moment did cause him to flinch a little.

“You taste sweet,” Brandon said, his voice husky. “Tell me you liked me kissing you and tell me you want me to do it again.” Brandon ran one finger down Jace’s forearm as he spoke. “So soft.”

Jace did want it to happen again. “It’s gum and yes, please.”

Brandon smelled vaguely of cigarette smoke and he tasted like beer and cherry lip balm. His tongue slipped inside Jace’s mouth for the second time. Jace fell back on his sleeping bag and moaned as Brandon crawled on top of him, one leg pushing both of his slightly apart. Jace felt Brandon grinding against him, his hard-on pressing and throbbing inside his jeans.

Jace pressed his hands against Brandon’s firm chest and reaching down, he pulled up on the hem of his t-shirt.

I found this story to be very enjoyable, with great characters and smoking sex (my favorite part!). Will buy more of this author&#039;s books!

Reviewed by Posie: Jace has been through many hardships in his young life and when bad boy Brandon moves to his small town, he starts to have feelings for a guy who is his complete opposite. The two become close and a relationship begins, but not without its hardships. I love YA and coming out stories. There was a lot of emotion packed into this moderately short read, but I did enjoy it and wished for more when it was over. At times I disliked Brandon and his jerkish nature, but he was redeemed in the end. Jace was a good guy throughout the book besides one pissy moment that threw me off because it didn&#039;t fit his personality. Overall Jace and Brandon had great chemistry and I like that things were clued up for them nicely in the end. A