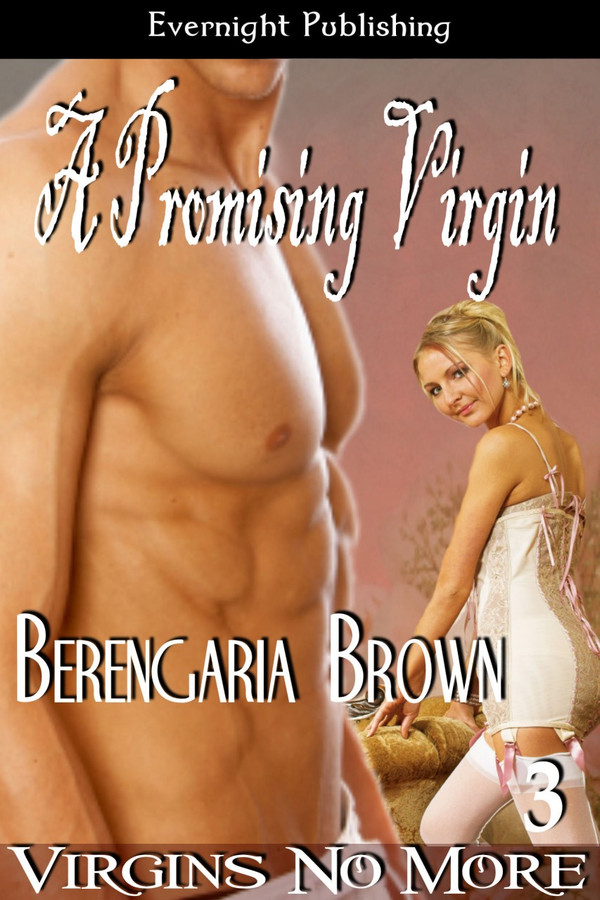 Zethan, Earl of Mitcham, decides, after careful thought, that the stunningly beautiful Miss Sapphire Arnott will make him the perfect wife. It's only when she declines his oh-so-flattering offer that he realizes how rude and arrogant he'd been to her and her brother, and how much he loves her. The only solution is to woo her properly. The Season is almost over. Can Zethan win his lady's hand?

Meanwhile Simeon Arnott is in love with Miss Anne Smith. But she's incredibly rich and he's a mere Baronet. Will she accept his marriage proposal?

Anne was wearing one of her new bedgowns. The pale-green muslin was so sheer it was almost transparent. It tied with two ribands on her shoulders and exposed a lot of her bosom. She was certain Simeon would like it even though seeing herself in the looking glass had made her blush from her head to her toes. The dark hair covering her privates was quite visible through the bedgown. She almost felt she should put her hands there to hide it, but he’d requested her to get some bedgowns like this so it must be what he wanted. Even though it was bordering on indecent.

Well, the things they did in bed at night were extremely indecent, so mayhap to wear such a gown was the right thing to do. She gave a little smile. Tomorrow the last of the house guests would be leaving Kingsdene and the children were returning to school. Simeon, the Dowager, Sapphira, and herself would return to Town, and Amos would join them there to complete the Season after he’d collected all his possessions from his rooms at Oxford. Not that he’d spent much time in Oxford lately. It seemed reading history had not interested him very much. She hoped he was more interested in estate management because Simeon would really appreciate his help.

Simeon tapped lightly on her door and walked in. He was so very handsome. His sunburned face and tanned forearms spoke of his hours out on the farm and his muscular body paid tribute to the fact he worked as hard as his tenants. A pale skin might be what society valued, but to her the fact that he was clearly involved with his land and his people was much more attractive than society’s approved skin color could ever be.

He genuinely cared for his people and knew everyone by name. He knew about their crops, their herds, and their worries and concerns. He helped them dig ditches, repair fences, and harvest their crops. He visited them when they were ill or injured, not just leaving that to his womenfolk. He was a completely involved land owner, and to Anne, that made him truly a man to be proud of.

And right now he was looking at her with lust in his eyes and a long, narrow, carved wooden box in his hands. The stone phallus! He’d shown it to her a few evenings before and promised to use it on her soon.

“I want to use the stone phallus tonight. May I?”

“Oh yes. But what about you? How will you achieve your pleasure?”

“I’ve had some thoughts about that too.” He placed a small vial of oil and the carved wooden box on the table beside the bed. Very deliberately he removed his robe, his slippers, then his breeches. He wasn’t wearing a shirt. “I like your new bed gown. Stand up and let me look at you properly.”

She stood up from her chair and moved several steps toward him, letting the gown flow freely around her ankles so he could see her body through its almost sheer fabric. She watched his face and saw his gaze grow even hotter, and his eyelids droop lower over his eyes. When she stopped before him, he licked his lips and she saw his chest rising and falling very fast with his breaths. Her gaze dropped to his cock. Oh yes, he liked her new bedgown.

He gulped, then tugged her into his arms, pressing his lips to hers and gluing his body to hers from chest to knee. His manhood was hot, huge, and hard through the thin fabric. His hands on her shoulder and back were no less heated.

“My beautiful wife, I love you,” he whispered, before dropping his mouth to her breast and sucking her nipple through the muslin. That was almost more arousing than his mouth directly on her skin. It seemed—decadent, naughty somehow—as if he were doing something forbidden. The very thought made more honey wet her inner thighs.

Carefully he untied the ribands holding the gown on her shoulders, then he kissed his way down her skin as the garment slid off her body. His mouth trailed from her shoulder, over her breast, down to her belly, stopping to lick her bellybutton before reaching her secret place. He tongued her nubbin, making her shiver with happiness, then drove his tongue deep inside her cunny, lapping up her honey.

She felt pleasantly full and stretched with it inside her and enjoyed the way he watched her face as he pulled it out and pressed it in. Having his gaze on her cunny and her face was very thrilling. His eyes ate her up as if she were his favorite meal.

He crawled closer to her and lifted her legs up over his shoulders, sliding her ass onto his thighs. Then, with his gaze holding hers, he began running a finger around her anus. He’d put his fingers in there before and it had heightened her arousal exponentially. “Oh yes. I like that,” she whispered.

The Vicar's Virgin by Berengaria Brown