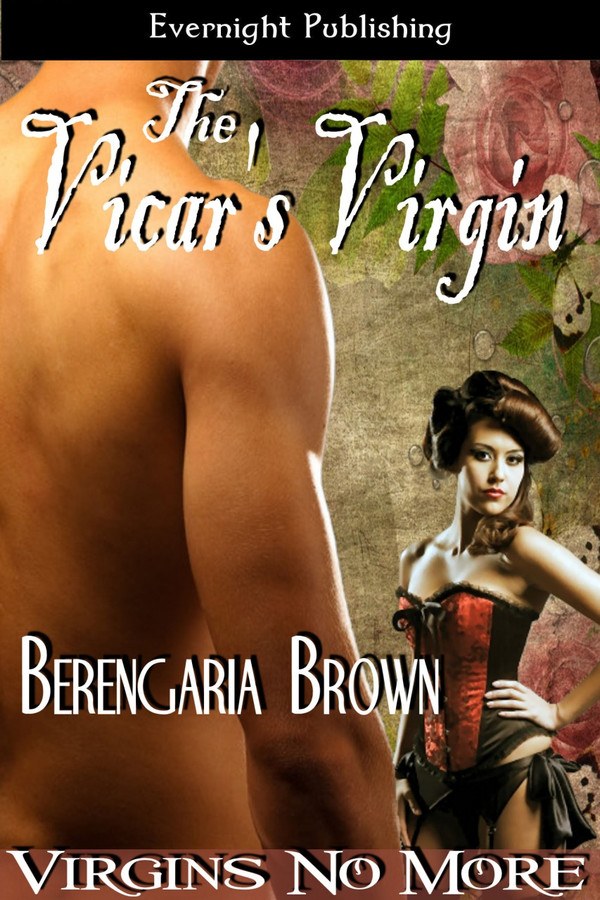 The Reverend Mr. Ridley needs a wife, so he focuses his attention on Georgina Arnott, a sensible, intelligent, and attractive woman.

On their wedding night, he is relieved to discover his virgin enjoys the pleasures of the bed, and after a slow start, their evenings are full of passion.

Unfortunately, when she takes an interest in his parish, it seems to involve filling his house with noisy people and children. He loves his new wife, but can their marriage withstand the test of time?

“I can’t wait any longer,” he whispered, widening her legs and laying between them.

His fingers slid into her channel and he smiled at her. “You are indeed ready, my dear.” Then he guided his cock into her entryway—her cunny—and pressed inside.

This time there was no pain, no discomfort, just the wonderful feeling of being stretched and filled. His cock seemed to totally possess her, making her walls expand to accommodate him and taking him so deep she almost expect him to pop out her bellybutton.

Slowly he withdrew, then plunged in again, then withdrew, gradually moving faster and harder. This time she knew what to expect, was waiting for it and enjoying it, both the anticipation and the accomplishment. Once again her hips automatically moved with him, rising into his strokes, her feet flattening on the bed to give her legs more power to match his every thrust.

His mouth traveled from hers to her breasts and back to her shoulders. She loved him touching her breasts. In his hands they seemed to swell, get heavier and ache with the need for more touching, more sucking.

When he lifted off her to drive inside her harder and faster, she removed her palms from his back and rubbed them across his nipples, hoping he would enjoy it as much as she enjoyed him touching her. His little grunt seemed to indicate he did, and his nipples became hard little points instead of flat buttons.

It was getting harder for her to experiment though, as the ball of pleasure inside her was growing. Hotter and higher than last time, but tonight it wouldn’t take her by surprise. Barnabas’ strokes were getting ragged and less rhythmical, and suddenly she understood he wanted to let go but was waiting for her to achieve her pleasure first. The thought that he’d expend so much effort to wait for her filled her with such joy the warm feeling burst over her, exploding deep inside her, making her belly clench hard on his cock and her legs shake. Heat rushed through her body and she gripped Barnabas’ shoulders, hanging on as waves of excitement rolled through her.

“Ah,” he sighed and a blast of heat deep inside her cunny told her he had achieved his pleasure too.

He thrust several times more, each one setting tiny shards of joy burning inside her, before laying flat on her body and resting his head on her shoulder. Happily she hugged him to her, reveling in the solid weight of him covering her and feeling his heart pounding hard against hers.

“And the two shall become one.” Words said at her wedding ceremony that suddenly made sense. Here, right now, in bed, they were one flesh, joined so intimately together. Here she had seen some very important aspects of his character. He had been patient, helpful, waiting for her despite the pain it brought him. He was indeed a good man, a man she could respect, and maybe even come to love.

A Promising Virgin by Berengaria Brown