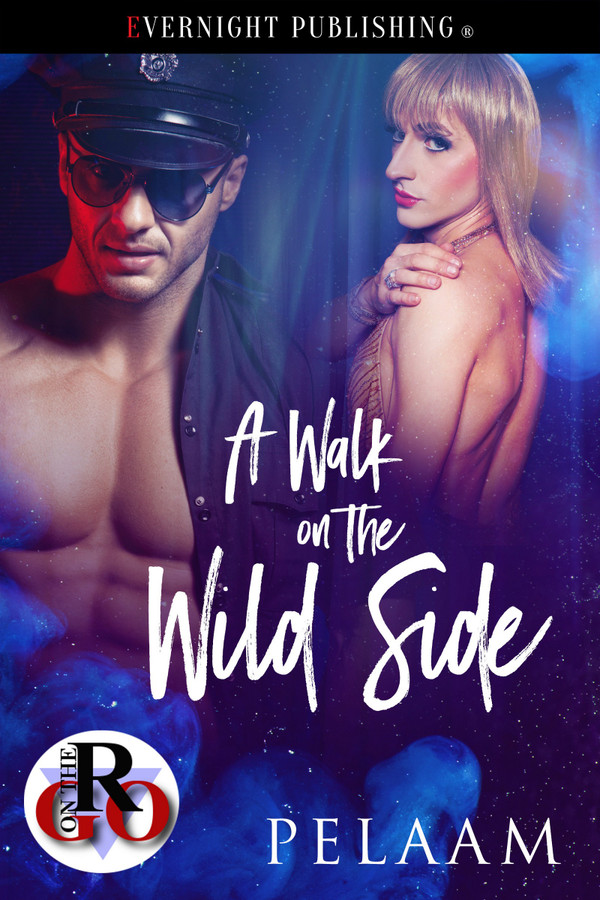 By day, Devin is a staid systems analyst, but at the weekends, he becomes Miss Teaque, singer and drag queen.

Driving a little too fast to get home, he’s stopped by the police, and in Devin’s eyes, the big man in uniform is a walking sex god.

Justin is as smitten as Devin and traces him to the bar in which he’s performing. The only dark cloud on their horizon is Devin’s selfish and domineering mother. Caving in to her demands causes the couple to argue. Devin is heart-broken, but since he knows it’s his own fault, he can’t bring himself to call his handsome cop.

Has he lost his chance of happiness?

"If you've no other plans, spend the day with me tomorrow?"

"Not tonight?" Devin couldn't stop the words, and his cheeks flamed red. He normally didn't bed his date on a first night.

Wrapping his arms around Devin's waist, Justin pulled them close enough for him to feel an unmistakable bulge at Justin's groin. "I feel we could have something more than a quick fuck. I'd like us to meet, spend time together, see if I'm right. I'd rather savor bedding you than rush into it."

"I'd like that. That suits me just fine, handsome." Devin batted his lashes and stroked a finger down Justin's cheek and along his jaw. Devin angled his head, and Justin gave him the kiss he silently begged for.

The kiss was soft, a meeting of lips and nothing more, and left Devin aching for more. Just as he thought they were going to ease apart, Justin growled softly, and took command of the kiss. He invaded Devin's mouth with his tongue, possessing it thoroughly before they finally eased apart.

Panting, Devin smiled at Justin. "I should go and change. I don't usually wear my drag outside of a performance."

"I'll wait. We can share a cab, so I know you're home safe, and we can work out where and when to meet. I'd like it to be as early as possible to maximize the day since you're working in the evening."

"That sounds good to me." Devin pointed back to their booth. "Get our drinks, and I'll meet you back there. I can't let you come backstage. There's more than one prima donna back there who'll kick up a fuss if I do."

"Sure." Justin leaned in and pressed another kiss to Devin's lips. "Hurry back, sweet cheeks."

With a wink, and a wiggle, Devin hurried to the backstage area of the club. He was already looking forward to the following day. He didn't care that he usually used the daytime to rest. He wanted to spend the time with Justin. He had a really good feeling about the man.