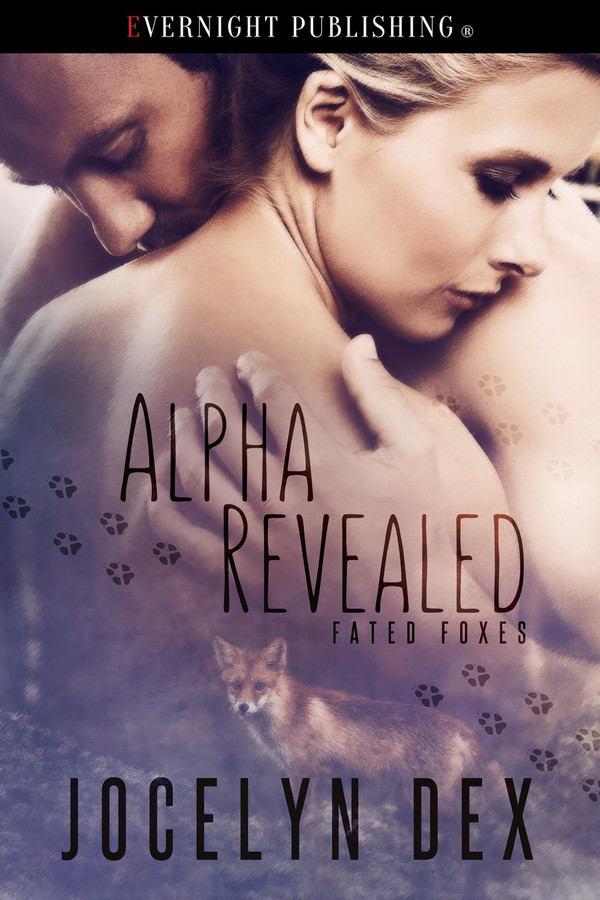 Kaylee is a fox shifter and free spirit always on the hunt for her next adventure. When her carelessness puts her in mortal danger, she has to run for her life. Just as she almost gives up hope, an unexpected savior in the form of a handsome older man comes to her rescue.

Jeb is a country boy who owns a market in a small town and has a fondness for strays. When he finds an injured fox, he instantly wants to help her. When it seems as though the fox understands his comforting words, he wonders if his mind is playing tricks on him or if there is something special about her.

When Kaylee is forced to reveal her true self to Jeb, undeniable sparks fly between them even though Jeb tries to keep his lustful urges at bay. But when the danger returns to haunt her and threatens to rip them apart, will they overcome their obstacles or admit defeat?

Kaylee stretched her fox legs and immediately regretted it. The sharp pain in her stomach was like a punch in the face, memories flooding in. She felt the knife sinking into her all over again. What a psycho bastard. Okay, she could totally understand his shock, but to stab her… She sure knew how to pick them.

She tried to get up, but it hurt, the stitches pulling, and she was afraid to pop one. Dammit. She had to pee. She turned her head to take in her surroundings. From what she could see, the bed she was in was made of logs that matched the walls and ceiling of the cabin. It was sparsely decorated with only a nightstand and lamp to her right and a matching dresser across the room. It was a blank slate, and she definitely thought it could use some color, but at least the bed was super comfy.

Considering she was in a strange man’s bed, she probably ought to be frightened, but she wasn’t. He’d been so kind and caring. As soon as he’d spoken to her, she’d felt in her bones he wouldn’t hurt her. And she couldn’t deny he was pretty hot for an older guy.

She tried again to get up. Crap. She really didn’t want to pee in the man’s bed. How embarrassing and gross. She let out a series of yips and hoped for the best.

There was a scratching at the door and an excited bark. Oh, no. In her experience, dogs weren’t exactly fond of her kind, especially not in shifted form.

The door opened slowly. Her body tensed as the dog ran in and jumped on the bed next to her.

The dog licked her behind the ears, and she breathed a sigh of relief when she didn’t sense any aggression.

“Get down. Now,” the man said again in a stern voice as he rushed to her side. The dog hung his head but obeyed and trotted out of the room.

“Sorry about that. He’s used to, uh, your kind. Doesn’t mean any harm. You feelin’ okay? I have some painkillers that should work for ya.”

Why did he keep talking to a fox as if it were human? Not that she minded, but it seemed odd. Maybe he was a bit of a nutcase in addition to be being a nice guy. She had more urgent matters to deal with at that moment though, so she whimpered. He had a dog. Surely he would figure out that foxes had to pee too.

He bent over her and inspected her wound. “Looks good. Much better than last night.” He looked her right in the eyes. “Bet you’re hungry. I’ll go get ya a plate.”

She panicked when he turned to leave. Sure, she was hungry, but she had to get to a bathroom. Fast. She whimpered louder this time.

He spun around, and concern shone in his eyes. “I’m sorry I don’t speak fox, but if you can shift and talk to me, I’ll do whatever I can to help.”

Her eyes bugged. Did he say “shift”? He knew? He couldn’t. It wasn’t possible. Was it? His scent was human, and he said he didn’t speak fox so what the hell was he talking about?

“Maybe ya can’t shift,” he said more to himself than to her. “I’ll call my friend. He’s like you. He’ll be able to understand.”

He had a shifter friend? Well, that explained it, but she’d never known any shifters who shared their secret with humans. How long would it take the friend to get there? If it was more than sixty seconds, she was definitely going to embarrass herself. When he turned to leave again, she shifted.

“Wait,” she pleaded and tried not to freak that she’d just shifted in the presence of a human. Again.

When he turned back around, his mouth dropped open, his eyes practically bugging out of his head. “Jesus Christ Almighty,” he muttered before covering his eyes with a large hand.

Such a lovely little tale. I loved the more unusual take on the Alpha hero. Thoroughly enjoyable read.