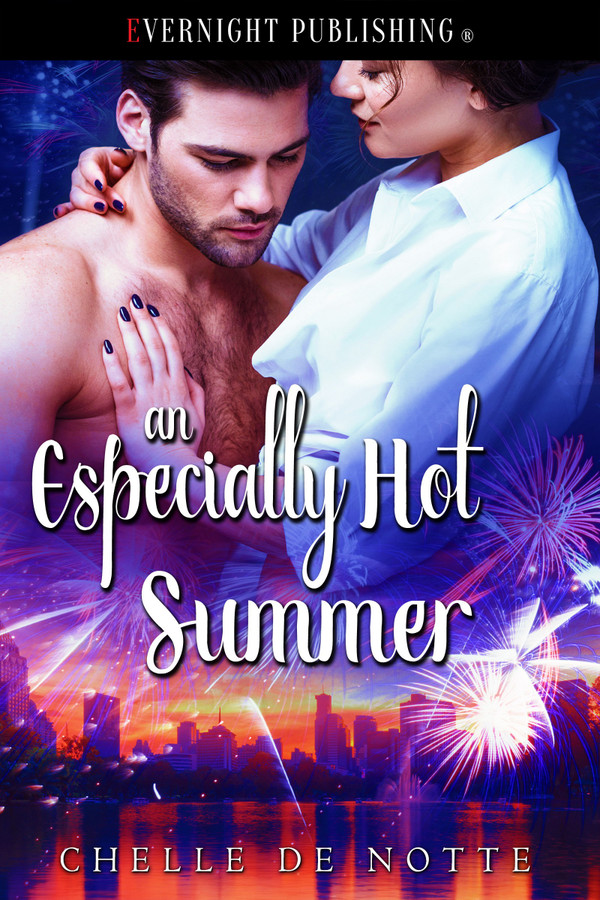 Sometimes when you think you’ve lost everything, you find exactly what you need...

Charlie Ashton has built a successful career and a fulfilling life in New York. When news comes in of their building’s impending demolition, their own sense of peace is threatened as well. However, that hot guy at their bar has a way of distracting them from their troubles.

Justin Robbins is at loose ends in the wake of the injury that ended his dance career. As part of his search for a second act, he takes a summer internship in New York. Maybe this will lead to a new career … or maybe that cute bartender can make him smile again.

As the weeks pass, the connection between Charlie and Justin generates heat that even a New York summer can’t match. But when both worlds unexpectedly collide, can the newfound love and happiness survive?

Charlie met him at the entrance. While the storm had dealt with the worst of the humidity, it had still been hot and a little muggy during the barbecue. They looked fresher and more casual for having the chance to change into a t-shirt and shorts since then. He’d showered and changed his shirt, but still put the linen pants back on before going out again.

“It’s getting crowded already,” he remarked as the two of them walked in.

“Yeah, but we still ought to be able to find something.” They led him in to the park and found a spot overlooking the river. A lot of other people had had the same idea, and it was getting crowded quickly.

They stood in front of his chest to make room for others to flock in for the fireworks. “How’s that?”

As he wrapped his arms around their shoulders, he welcomed their weight against him. “Perfect.”

The entire show was exquisite torture for Justin. He was all too aware of their body flush against his chest and groin, not to mention the scents of peppermint shampoo, citrus soap, and something else he couldn’t name but could only identify as Charlie teasing him. He was all too tempted to take advantage of the situation—everyone’s eyes were on the sky, and the fireworks would drown out any gasps or moans—but Janelle’s remark that anyone else would have had the two of them arrested for lewd behavior rang clearer in his head than he would have liked.

“That was a good one,” Charlie said, turning to face him as people started to leave.

“It was, but I’ve got to be honest with you.” The crowd was still too loud for anyone to hear him, and he lowered his voice as an excuse to lean in closer to Charlie and put his hands on their shoulders. “I didn’t really care about seeing a light show. I agreed to this because I wanted to be with you.”

“Well, I’m glad. I invited you because I wanted you with me and wanted an excuse to be close to you.” They pulled their arms around his neck and leaned up to his ear. “Still do, if I’m being perfectly honest.”

They nipped his earlobe, and he tightened his grip around them. “Then let’s do something about it.”

They gave him one last squeeze before turning with a steely look in their eyes. “My place. Now.”

Charlie tried to lope home casually, but the thought of what they and Justin were finally about to do fired them up. They’d spent the whole fireworks show hoping he’d grind into them or slip a hand into their shorts, but he had annoyingly been the model of a gentleman. They headed south with greater urgency than the day of the storm. He had no trouble keeping up as they chose to bypass the subway—if they stopped moving for a moment, they wouldn’t be able to keep their hands off him.

Once the two of them were finally upstairs, they collapsed on Charlie’s bed. Willow leaped off as they landed and seemed to glare at them as she shot under the bed. They felt a pang of guilt, but forgot it and everything else as Justin’s tongue traced the outline of their lips. They opened their mouth and deepened the kisses.

Instead of tearing each other’s clothes off like that aborted attempt uptown, the two of them removed one piece at a time at first. He lightly stroked their bare chest, and they leaned into his touch. They removed his shirt and kissed a firm pec.

He removed their shorts and underwear in one move, then crouched between their thighs. He looked up with a question in his eyes, and they nodded. That was all he needed before lowering his head.

Charlie practically leaped off the bed at the shock of pleasure, but forced themself to hold still to enjoy his touch. They’d spent days basking in the memory of Justin’s kisses, but this was a whole new sensation rushing through their entire body from the center. They reveled in the touch of his lips and tongue, and he didn’t stop until their back arched as a yowl of ecstasy escaped.

He leaned back next to them, his smile tempered by a blaze of desire. They understood completely. As amazing as that had been, they still needed him. The glow of their orgasm still upon them, they sat up to remove his last layers of clothing.