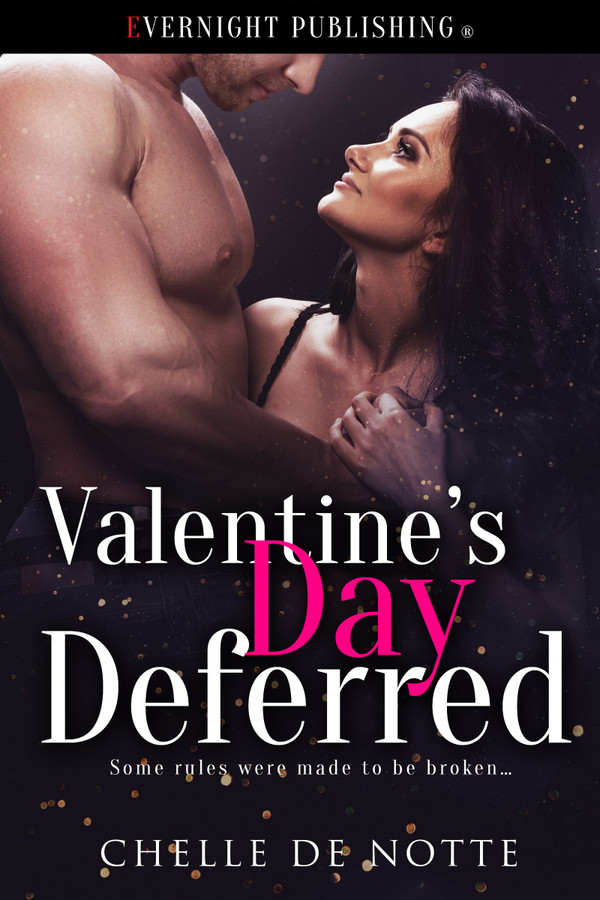 Some rules were made to be broken...

Janelle Alvorada isn’t having a happy Valentine’s Day. Not only has her ex-husband made it clear that he’s moved on, but a pipe burst at the Upper East Side restaurant she manages just before the holiday. However, a silver lining comes in the form of a hot young guy on the repair team.

Valentine’s Day is on hold for Kyle Mensing, too. The sooner he can get his personal training certification and be a full-time fitness influencer, the better—he hates his job as a plumber. At this point, the one good thing is that it introduced him to an intriguing woman.

In the weeks following February 14th, things between Janelle and Kyle heat up enough to thaw the New York City winter. But is the age gap just a number, or a chasm that threatens a new connection?

Her lips still on his, Janelle guided Kyle back to the bed. He leaned back carefully to accommodate his still-sore muscle that a fistful of Advil before dinner hadn’t helped, and she made her way on top of him without separating. Lying down was easier on him, and she took advantage of their suddenly equalized heights to deepen the kisses. Her hands glided over his shoulders, he reached up to stroke her back, and their tongues met somewhere along the way. The whimper that escaped summed up his pain, frustration, and lust. He couldn’t imagine how he could go much further feeling this way, but he also couldn’t even think about tearing his lips or body away from her.

She didn’t seem to notice anything was amiss, just leaned into him before pulling away. Then, looking him directly in the eye, she undid each button on her blouse one by one before letting it fall away and lying back down next to him. He undid her bra with one hand and pulled off his sweater and undershirt with the other. Once they were both topless, he let his fingertips wander over her breast before taking hold. It almost completely disappeared in his hand, and he savored the moment.

They shifted on the bed to an angle that would have been natural for the moment, but painful in his current state. Kyle couldn’t help letting out a yelp of pain that he knew he couldn’t write off as a moan of passion. “Are you sure you’re okay?” she asked, pulling back.

He couldn’t meet her eyes as he painfully moved aside. “Remember how I said I got hurt this morning? Well…”

His averted glance slid to his crotch, where his cock didn’t seem to have gotten the message about the groin injury that put him out of action. Her eyes followed his, and her expression switched from carnal to comprehending. “Oh.”

She seemed to be trying for a diplomatic look, but he could see the disappointment on her face. “We don’t have to do anything tonight. I know how I’d feel if someone pressured me into this when I wasn’t feeling one hundred percent, and—”

He touched a fingertip to her lips to cut her off. “And just because I was careless doesn’t mean you should be punished.”

She puckered her lips to kiss his finger before pulling back. “I can wait until you’re feeling better.”

He stroked her face and moved a strand of silken hair back from her cheek. “But I can’t.”

Her beautiful dark eyes widened in surprise at his words, and Kyle continued. The words tumbled out as his desire mounted in spite of his physical limitations. “I’ve been thinking about seeing you naked, seeing and hearing you come … you have no idea how hot that would be for me. I might not be up to thrusting, but my hands and mouth are still working.”

Janelle smiled. “Then by all means.”

Losing It Two at a Time by Michelle Graham