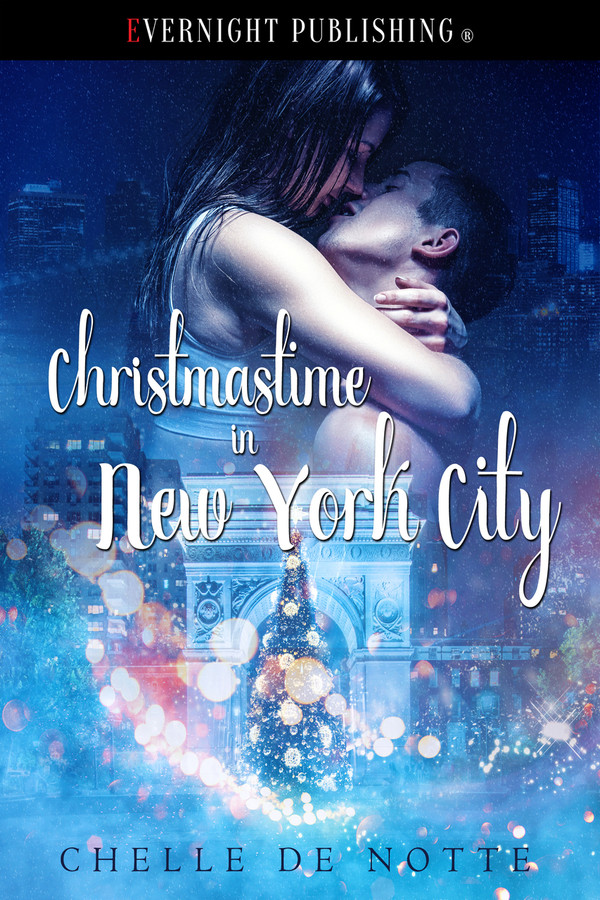 The best gifts can’t be purchased…

After years of working the family farm in the wake of a tragedy, Ryan Blanchard leaves to make a pre-Christmas delivery to an Upper East Side restaurant. New York City is a wonder to behold around the holidays, yet the most magical part is the beautiful restaurateur who shows it to him.

Lena Worth is the founder of one of Manhattan’s hottest restaurants, but running the place keeps her too busy to enjoy it. However, a visit from a strapping upstate farmer brings a reminder of what gives her pleasure.

When a blizzard strands the two of them in New York, the nights they spend together are hot enough to melt the snow. As they make their way back to real life, will things ever be the same?

As they entered her apartment, Lena exhaled loudly. “No more stairs for a while,” she announced as she took off her boots.

“I’m kind of beat too, and no wonder. We walked”—he took out his phone—“six miles and climbed twenty-four flights of stairs.”

Ryan reached for his sweater, and Lena’s heart nearly stopped when she realized what he meant to do. A white undershirt pulled taut across his chiseled stomach, and the outline it showed made her feel like Christmas had come early. While she’d seen him in his full shirtless glory last night and this morning, it was strangely hotter to have this thin barrier teasing her with a hint of what lay beneath.

Before he got it all the way over his head, he seemed to remember that he wasn’t in his own home. “Don’t want to ruin the sweater,” he muttered, holding it over his face.

After Ryan put the sweater aside, they sat next to each other on a couch that was narrower than she remembered. Their knees touched. She couldn’t consider moving aside. It would look too obvious, and the warmth of their shared touches felt too good as it spread through her entire body. She’d never considered her knee an erogenous zone, but those few square inches of contact were driving her wild.

To pull herself together, she looked at the newly decorated tree with the oddest and most wonderful sense of completion. Was it that she’d finally gotten her place ready for Christmas, or something else? Whatever it was, this was so much better than last year, when— What had she done about a tree last year? She knew she’d had one, but just like the Saks display yesterday, she barely remembered buying or decorating it last year. What was it about this guy that made everything more meaningful? She closed her eyes to seal everything in her memory.

“I can’t believe it’s getting dark already,” Ryan said, glancing out the window.

She opened her eyes about halfway to see the setting sun fill her apartment with orange light. It was absolutely beautiful but depressing to see it in mid-afternoon. It was also depressing to realize how close to the dinner rush it was. “I’d better check in. You mind?”

“Of course not. I shouldn’t be keeping you from your work.”

But she wanted him to, and the thought scared her. She got up and made the call. “Hey, Charlie. How’s it going there?”

“Well, it’s picked back up again after the snowstorm.” Her stomach dropped until they added, “But it’s still Thursday, which should tell you everything you need to know.”

“Not if you’re in the middle of something important. I just hope you’re using protection.”

Lena sighed with the exasperation she’d reserve for a pesky younger sibling if she had one. “It’s not like that.”

“Nothing I can go into here,” she said, dropping her volume by several notches.

“So I’ll see you tomorrow,” she said firmly.

“You’re sure about this, now?”

She sighed, hung up before Charlie could get another word in, and moved back to the couch. “It’s pretty quiet tonight, but that’s typical. Thursday night is never our most popular time, so the world won’t end if I don’t go in tonight.” She paused with concern. “Shouldn’t you be heading back? I don’t want you to get home at midnight.”

“I’m okay to drive, but my best friend from home says it’s still snowing there.” As he took his phone out to check the weather, his thigh pressed into hers. “Yeah, it’s still coming down. Looks like I’ll have to invade your couch again.”

“I’m not worried about that, just the couch.” Her heart picked up speed at the news, and it was all she could do to keep a grin off her face at his words and her racing thoughts. “We’ll have to keep it shut with the tree here. I don’t even think there’d be room for you to get out of bed if it’s open.”

He glanced around. “It is a little cramped in here.”

“Yeah, but we can just … do what we did last night and it’ll be fine.” Why did she feel as shy and coy as she sounded all of a sudden? What happened to the woman of the world who’d nonchalantly invited him into her bed last night?

“Better than fine. I liked having you there.” She felt her face heat up as she put a hand on his knee, squeezed slightly, and added, “I like having you here.”

He smiled and placed his hand just above her knee. The touch seemed to shoot right up her thigh and in between. “And I like being here. I like spending time with you.”

“So do I. And now this gives us more.” She could barely hear her own voice over the roar of her heartbeat at this realization, the feel of his leg under her hand, and the warmth of his hand on her thigh. The air was now so thick it practically throbbed around them.

I honestly enjoyed this story. I must caution against reading it while hungry. The heroine, Lena, is a chef. The writer, Chelle de Notte, does an incredible job of describing Lena’s food creations. While I am mentioning the authors writing style I need to share how much I appreciated her attention to detail when describing New York City at Christmas time. I’ve never been and someday hope to see the famous Christmas decorations myself. Christmastime in New York City was a heartwarming romance that was over before I wanted it to be. I adored the hero, Ryan for his dedication to running his dad’s farm and his loyalty to family and friends. Which points to the fact that the side characters were well developed and relatable. We never met Lena’s family other than her ex-husband who had a small appearance. Mostly the side characters for Lena were her co-workers. One in particular, the bartender, was very contemporary. Over all the cast of characters were a nice blend. The chemistry between Lena and Ryan was a classic romance. I like how they respected each other and didn’t rush into anything right away. It was nice to watch their love for one another grow and develop. They were mature, responsible and clearly attracted to each other. I was wishing the snow storm would never stop so that Ryan could stay snowbound in New York forever. The only plot thread that bothered me was Ryan’s dad. I felt bad for him in the end but it was obviously his dad’s issue to work through. Unfortunately, this scenario is all to realistic. The ending was pretty good. It left me with a satisfying read. I’d recommend this book. It’s was a great way to relax during my camping trip.

I Don't Want to Wake Up by Chelle de Notte

Turning on the Light by Chelle de Notte