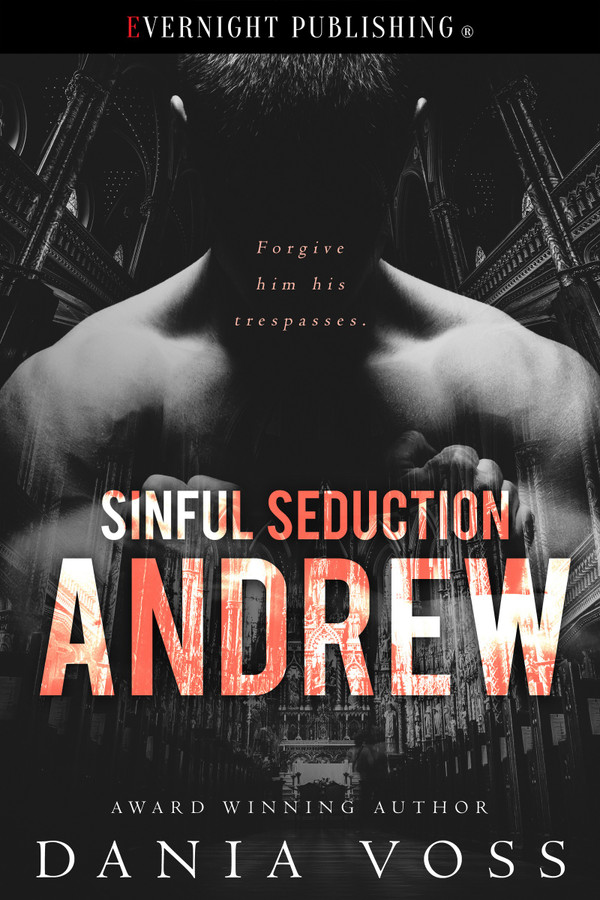 Charmeine Baker has sidestepped Andrew Knight for years. He’s persistent, irresistibly handsome, and makes her pulse race with excitement. She resists him because although he’s “a catch”, Andrew also represents the kind of wealth, power, and privilege she despises.

Successful nightclub owner Andrew Knight has known Charmeine since the day she was born. Now the pastor’s daughter is all grown up and he is certain she’s meant to be his. Only Charmeine keeps giving him the brush off despite their undeniable chemistry.

Andrew knows Charmeine has doubts about him, but he’ll do anything to have her, including pressuring her to marry him in exchange for saving her parent’s church from being bulldozed. Blackmail might be a sin, but Andrew will have to atone for his transgressions later.

Ever the dutiful daughter, Charmeine sacrifices herself and reluctantly agrees to marry Andrew. Can she survive at the mercy of the man who captured her heart against her will?

A rush of emotions bubbled up inside Andrew after Mitch and Simon left his office. He’d known Charmeine, or Harmony since her birth. He’d wanted her for so long it bordered on inappropriate. Until now, she’d respectfully refused his subtle advances, but tonight she’d chosen his club to celebrate her birthday. That had to mean something.

Andrew brushed off club patrons vying for his attention and proceeded to the railing overlooking the first floor bar, seating areas, and dance floor. Charmeine stood out in the crowd in her form fitting red dress and matching heels. Her golden hair cascaded in waves around her shoulders.  When her gleaming blue eyes found his, his breath hitched. So fucking gorgeous.

As expected, Simon was already occupying space on the red leather seat beside Riley in the half-moon shaped booth. Andrew gladly took his place next to a beaming Charmeine. A curl of pleasure warmed him as he noted she was already enjoying herself. Her special night was off to a wonderful start.

“You should have told us you were coming tonight. We could have prepared.” Simon poured them each a glass of the club’s finest champagne.

Riley grimaced. “That’s my fault. I didn’t think there’d be a mile long line on a Thursday night.”

Charmeine turned toward Andrew and met his gaze. “We weren’t even sure you’d be here, but I hope we didn’t cause any trouble by playing the ‘we know the owners’ card.”

Just then Mitch arrived with the ladies’ passes and handed them to Andrew. Andrew ran a finger along the edges of the passes. “Not at all. In fact, we had all access passes made for you and Riley. You’re welcome at any of our current and future locations. Anytime. Fully comped.”

The surprise and gratitude in Charmeine’s beautiful face warmed his heart. It was a simple thing to do for them. Andrew should have thought of it sooner. Better late than never, he supposed.

“That includes the Bunny Hill Room,” Simon added. “It’s a private, reserved space on the lower level. It’s set up like a cozy ski lodge with a ten-person in-ground hot tub, snowflake tiled floors, stone fireplace and cocktail bar, and a flat screen TV. Since it’s private, it’s clothing optional.” He directed a wink at Riley.

The ladies blushed prettily and giggled. Riley raised her champagne flute and they all followed suit. “To my best friend, my sister by choice, Charmeine. I love you. Happy twenty-first!” They all touched their glasses together and sipped in Charmeine’s honor.

For a few minutes they made small talk while nibbling from the charcuterie on the table. Andrew was impressed to learn Riley would begin DePaul’s MBA program in the fall.  He and Simon had earned their MBAs from Northwestern’s Kellogg School of Management. He knew Charmeine had another year before completing her finance degree. So … the ladies were both beautiful and intelligent. An intriguing and irresistible combination.

When it appeared Simon had had enough, he slid out of their booth and extended a hand to Riley. “Come dance with me, gorgeous.” She hesitated a moment before taking his hand and heading to the dance floor. Good for you, Simon.

Charmeine surprised him by gently clasping his hand. Her warmth spread through him like fire and his cock stiffened. “Thank you for everything, Andrew. The champagne, appetizers, and passes are such generous gifts. You didn’t need to go to all this trouble just for me.”

He scoffed. It had been no trouble at all. The “everything” Charmeine referred to was nothing. He could easily give her anything her heart desired. She’d already claimed his heart years ago. When she placed the softest of kisses on his cheek, Andrew felt as if he were going to combust.

Charmeine’s eyes were dreamy with desire and she was flushed. Andrew took a leap of faith and brought his lips to hers in a feather-light, teasing touch. A soft moan escaped her lips, prompting him to silently ask for more.