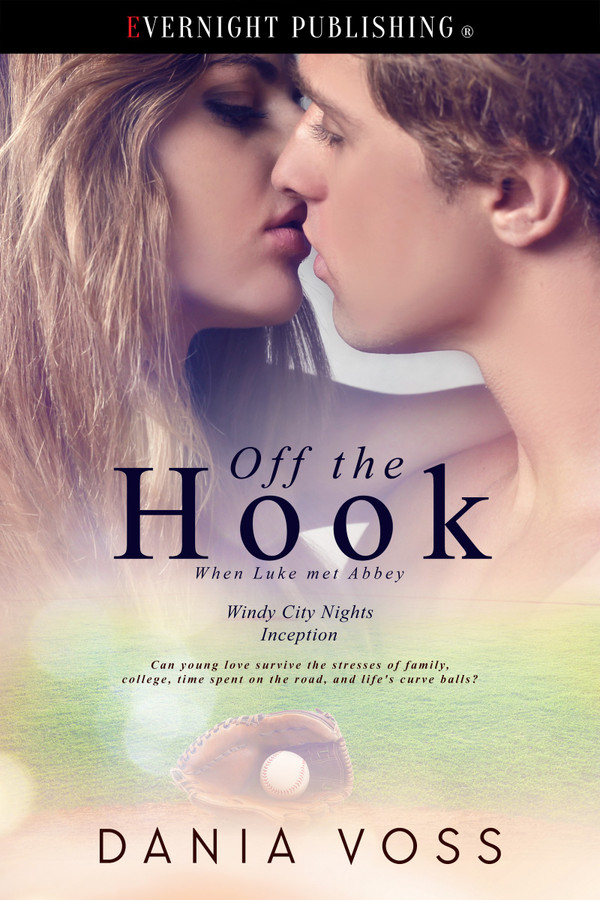 She was headed to college. He was an up and coming pitcher in the majors. Life had other plans and threw them a curve ball...

Abbey Jayne has always been a bit of a nerd. She prefers books and computers over people. Especially boys. She hasn’t worried much about dating and is content taking a backseat to her sister Cassie, the social butterfly. Abbey’s headed to college in the fall anyway.

Everything changes after she reluctantly agrees to join Cassie and her boyfriend for dinner. Hunky pitcher for the Chicago Cobras, Luke Stryker is also coming along. He seems larger than life and Abbey’s surprised by her attraction to him.

At twenty, Luke Stryker is already one of the best pitchers in the majors and the sole heir to his family’s fortune. His world turns upside down when he meets Abbey. Right away, he senses she’s special. That she’s meant to be his.

With their relationship growing quickly, Luke asks Abbey to join him on the road for the adventure of a lifetime before her classes start in the fall, but she’s torn about what she should do. Her mother is upset and Luke’s manager thinks she’s in the way. Abbey believes she and Luke have a future together, but it won’t be easy.

Can young love survive the stresses of family, college, life on the road, and everything that goes along with being a professional athlete?

All wasn’t lost though. He turned to his right. Just on the other side of the wall, his princess was sleeping. A smile crept to his lips. He’d suggested the bedroom farthest from his, so Abbey would feel safe, but she wouldn’t hear of it. She trusted him, and that meant the world to him.

The sudden knock at his bedroom door startled him. His stomach tightened and felt twisted up inside. He froze, unable able to move. Was Abbey all right? Was she hurt? Had a nightmare?

Slowly the door opened. He blew out a breath he didn’t know he’d been holding. If she was up and walking around, she most likely wasn’t hurt. Thank fuck for that.

His mouth fell open when she walked inside. Abbey was wearing a sexy light blue silk and lace teddy with matching panties. He’d bet she’d borrowed it from Cassie. Her hard, little nipples were poking against the top. Was his princess there to fuck him? Because he was definitely onboard with that idea. Immediately his cock was rock hard. Already naked because he preferred sleeping that way, if she truly wanted him, he wouldn’t turn her away.

She gazed at him, with a deer in the headlights sort of look in those gorgeous baby blues. Luke knew she had to be nervous as hell, because he could see she was shivering. Not wanting to spook her, he kept his mouth shut and pulled the covers back on the empty side of the bed. He patted the mattress and grinned at her, hoping to put her at ease. Her giggle soothed his soul.

Abbey mimicked him and made herself comfortable with pillows behind her back against the headboard. She looked over at his laptop and frowned. “I was bothering you, wasn’t I? You were studying.”

She made to get out of his bed, but he clasped her delicate hand in his larger one before she could make her escape. “No, I’d just finished watching footage. Abbey, I wasn’t expecting sex,” he blurted out. “You know that, right?”

Another blush rose to her cheeks. “I know. But I want to. I really like you, Luke. We have fun together. You get me.”

He agreed with her. Luke wanted her in the worst way, but didn’t want to rush her. Was she sure tonight was the night? “I like you, too, princess. A lot. But we don’t have to rush.”

She rolled her eyes at him. “Look, I’m not dumb. I’m not asking for promises of forever from you, and I’m not looking for a debate. Either you want to … fuck me, or you don’t.”

A chuckle broke free, and he wrapped her hand around his hard dick. Her skin scorched his length, but it felt amazing. He guided her hand up and down his cock, setting the pace the way he liked it, but stopped after a few strokes.

The disappointed expression on Abbey’s face nearly did him in. “Was I doing it wrong?”

Luke silenced her with a quick brush of lips against hers. “You did it too right. I just wanted you to see how much I want you, but I need to come inside you, not in your hand. Okay?”

She rewarded him with a bright smile and a nod.

He skimmed his fingers along her silky-smooth shoulder and down her arm. Abbey shivered, and he enjoyed a little ego boost. “Is it okay if I take this teddy off?” he asked, hoping he wasn’t moving too fast.

When Abbey frowned and sighed, he thought he’d fucked up. “Luke, stop asking all the time. I’m here in your bed. I want you to kiss me. To touch me. We’re going to have sex, right? And before you say anything else, I know it’s going to hurt a little the first time. But then it won’t after that. It’ll be okay.”

Dania Voss has written such a wonderful story!! I loved the way she brought Luke &amp; Abbey together, it was so amazingly sweet!! I adore this series!!

This was a terrific, steamy look back to the start of Abbey and Luke&#039;s story! Readers won&#039;t want to miss this!

This is a terrific look back to the beginning of Abbey and Luke&#039;s relationship. Readers won&#039;t want to miss it, along with the entire series!