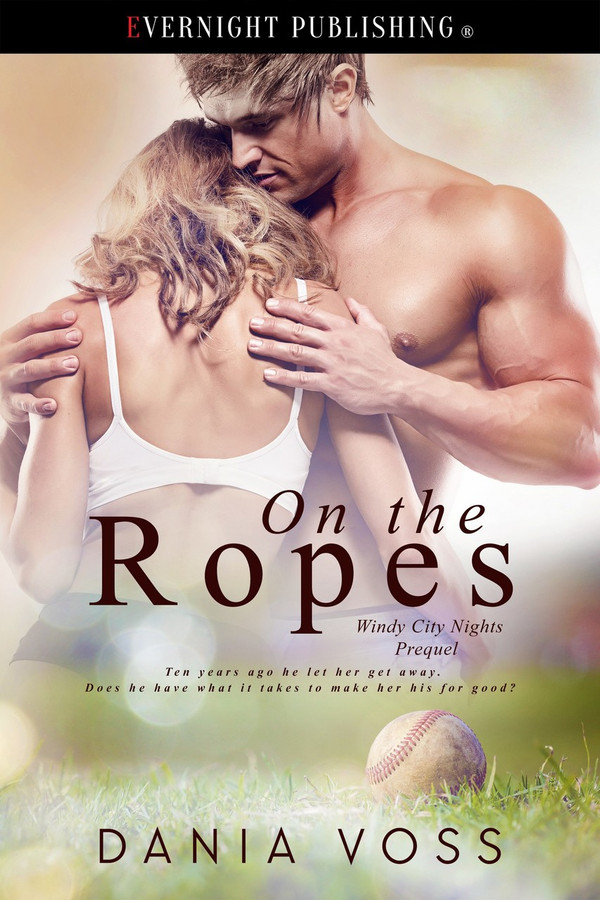 Ten years ago he let her get away. Does he have what it takes to make her his for good?

But things aren’t always as they appear.

Abbey Jayne has been nursing a broken heart since Luke Stryker betrayed her ten years ago. She’s spent the last ten years focused on her career and education, trying to get over him.

Forced to see him again at her sister’s wedding, Abbey vows to not let Luke ruin her weekend.

An accident days before the wedding has Luke re-evaluating the harsh realities of his life and future. A future that must include his one true love Abbey.

A terrible misunderstanding drove them apart ten years ago, but Luke is determined to win Abbey back by the end of the wedding weekend. He’ll do whatever it takes to convince her they belong together. Failure is not an option.

He held out a forkful of chocolate brownie with walnuts to her lips and raised a brow in challenge. Abbey’s heart galloped in her chest. She took a deep breath and opened her mouth. So this is a part of my reboot weekend? All right then, here we go.

It was one of the best brownies Abbey’d ever eaten. She moaned when the rich flavor of chocolate fudge hit her tongue. It was the perfect combination of cake and fudge with crunchy walnuts mixed in.

She watched, transfixed, as Luke took a bite himself and swallowed, his Adam’s apple bobbing up and down in his throat. She couldn’t help but stare as his tongue licked chocolate frosting off his kissable lips.

Abbey remembered Luke’s talented tongue. He’d spent hours using it all over her. Kissing her senseless with just the right amount of firmness. Licking her nipples relentlessly until they ached so good. And when he used his tongue between her legs, it hadn’t taken many swipes against her throbbing clit to set her off like a rocket ship.

For the next few minutes, he continued to feed them from their dessert plate. Although Abbey enjoyed the delicious treats she was being fed, she enjoyed watching Luke’s mouth as he ate even more. She imagined his mouth, lips, and tongue on her, and by the time they’d had their fill of dessert, she was hot and aching. Her panties were damp and she desperately needed relief. The kind only Luke could provide.

She was practically vibrating in her chair, her breaths reduced to quick pants. Luke licked his lips and she couldn’t wait another minute to get a taste of him. She leaned in and he met her halfway.

Abbey startled and quickly pulled away at the amplified sound of the DJ’s voice. “All right, everyone, we’re going to get the evening’s festivities underway. The photographers have set up in the corner next to the gift table for anyone who would like to have pictures taken. Jake and Cassie, come on up for your first dance as man and wife.”

Abbey shivered and tried to calm down. She looked over to Luke and saw him frowning. “Bad timing, DJ dude,” he mumbled.

She giggled at him as she joined the guests and applauded while Cassie and Jake went to the dance floor for their first dance. Luke reached over and held her hand, and they both watched, hand in hand, as the newlyweds danced to “The Way You Look Tonight” by Tony Bennett. From the way Jake was looking at Cassie—with love, lust, and contentment—it was the perfect song. Abbey teared up. Once upon a time, Luke had looked at her the same way.

She felt his warm fingers brush away a stray tear on her cheek. His simple touch made her insides sizzle. This is so unfair. He turned her head, so she faced him. “No tears, princess.”

Luke leaned in and her eyes drifted shut. She should have pulled away but didn’t have the will left in her to do that. The soft, warm brush of Luke’s lips on hers left her reeling. The world around them fell away. She’d missed Luke so much. Missed everything Luke. Abbey’s head was swimming. She wanted him, needed him so badly.

Luke licked the seam of her lips, seeking entry, and Abbey opened her mouth, happy to let him inside. The first taste of him was a sweet mix of the delicious desserts they’d just shared—chocolate, tart apples, cheesecake, and more. His big warm hands cradled her face as their tongues tangled and danced. More decadent than any dessert.

Abbey lost herself in him. Her heart raced and her skin felt hot and tight. Her breasts were swollen and heavy and her panties were soaked. Luke moaned sexily and she was ready to toss him under the table and—

“If the bridal party and parents of the bride and groom would like to come to the dance floor now, please.”

Dania offers sexy fun and true family emotion in her debut story. And she sets us up for more to come with her secondary characters. Looking forward to future reads!

I was totally engrossed in Luke and Abbey&#039;s story. It had all the right elements - Hollywood drama, sports, strong family ties, weddings, tragedy, military service, love lost then found again and more. It was a rich reading experience. It&#039;s a great start to a new series. Looking forward to reading about the other character&#039;s lives too.

Not quite sure how to put into words how to explain this book. I certainly don’t want to give any spoilers except to say Luke &amp; Abbey are totally meant to be. There are some twists and turns, and lots of things going on with the family of characters, but none of it was distracting from the main couple, it added to it and made it fun and interesting. What I can’t explain is how I felt reading this cause I felt SO much as I read about Abbey &amp; Luke and their family. I laughed, cried and hurt with and for them. Dania Voss brought me into her Windy City Nights world and I can’t wait for the next book!! She’s just been added to my list of favorites.