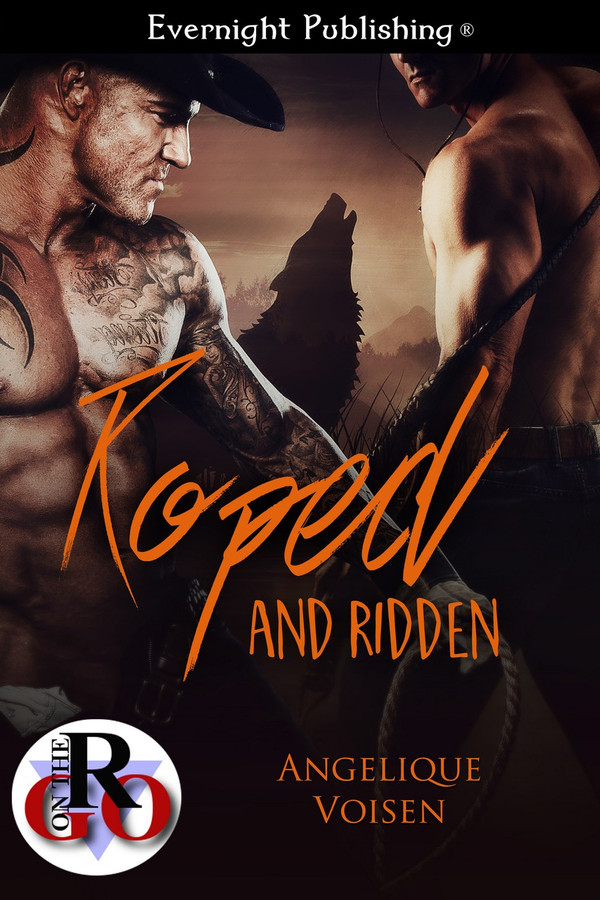 Submissive Barrett Graham does everything by the book. Work hard by day. Play hard at night, collared, and on his knees. After catching his Dom cheating, Barrett quits his office job in the city and moves into cowboy central.

His new boss, ranch owner Leo McLeod, is a sin to look at, but he hits all of Barrett’s wrong buttons. Hot one moment, cold the next, Leo’s as confusing as hell. Leo tells Barrett he won’t last long, but Barrett intends to show Leo even a born and bred city boy can learn new tricks.

After, Leo rose. Without speaking, he pointed at his feet, and Barrett understood. He began shedding his clothes.

He didn’t know why his body reacted like this with Leo when it never had before with Toby or any of his old Doms or lovers. It frightened the hell out of him, but excitement also crawled down his spine.

Once Barrett folded his clothes to one side, his knees hit the worn but polished hardwood floor. The texture tasted different on his skin, compared to Toby’s marbled floors, but the effect was the same. Remembered discipline and lessons made Barrett keep his head lowered, spine arched, and his hands resting on his thighs. Leo appraised him, circling his bowed form.

The unexpected praise filled Barrett with pride, but he didn’t move an inch. He let out a breath when Leo nudged a foot to spread his legs wider, to reveal his hardening member.

“Dirty little sub. Are you already getting hard, just from this?”

“As hard as you, Sir.” The words rolled out of Barrett before he could stop them. Panicked, he raised his eyes, but Leo didn’t look mad. Hell, the bastard wanted him to react. Leo speared his fingers through Barrett’s hair, tugging it hard.

“Has it been so long for you, sub, that you’ve forgotten basic courtesy and manners?”

The pain—slight as it was, had been a welcome respite. Barrett realized Leo didn’t goad him because of sheer spite. Leo understood how much Barrett wanted, no, needed this.

Barrett dropped his gaze. “I’m sorry, Sir. How can I make it up to you?”

“I have ideas.” Leo released his hair and walked out of his line of sight.

Waiting had never been one of Barrett’s strong points, but he urged himself to be still, to wait for his Dom. After what felt like hours later, although only seconds had passed, Leo returned. The temptation to peek at the implement Leo selected rose, but Barrett urged himself to maintain position.

He’d always been an exemplary sub. Someone who dreaded punishment and avoided it at all costs, yet here he was, practically begging for Leo to take up the strap, whip or paddle. He needed to feel the kiss of the instrument colliding with his skin.

Jesus. It had been too long.

Something thick and long uncoiled, its edges caressing Barrett’s left thigh. It took him a second to figure it out. Rope. Did Leo plan on tying him up?