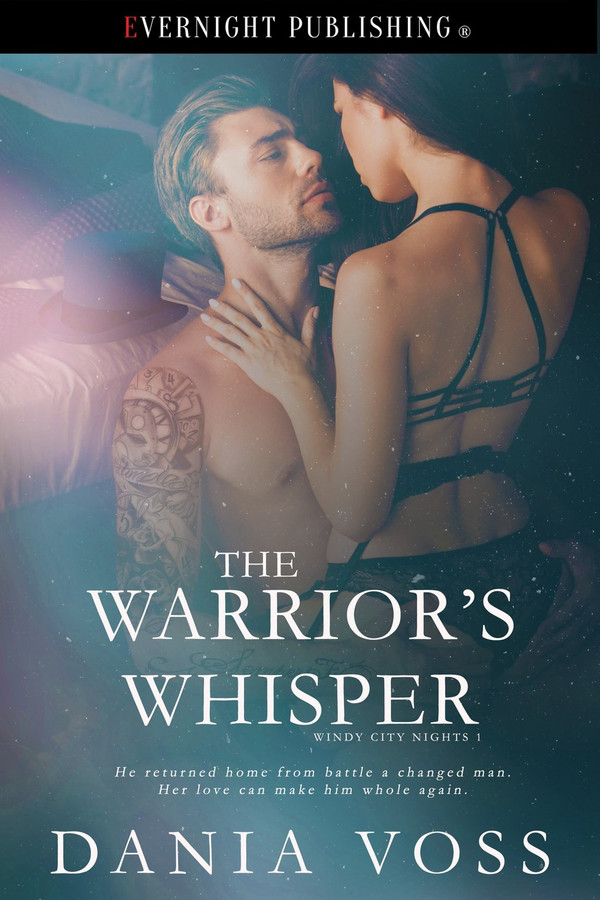 He returned home from battle a changed man. Her love can make him whole again.

To the outside world, Heath appears healed and integrated back into civilian life just fine after being injured in Afghanistan. But even though the battles are over, the scars, guilt, demons, and insecurities remain.

Leah has loved Heath all her life. He’s known her since the day she was born, seeing as he’s ten years older and her brother Jake’s best friend. Although he’s always regarded her as “family”, she believes they are meant to be together.

Heath has always considered Leah off limits, a forbidden temptation he shouldn’t want and can never have. But when he sees her at Jake’s wedding ceremony, he’s so overwhelmed he makes a move against his better judgment.

Still, his insecurities ultimately get the best of him. He believes she deserves more than a battle-weary Marine who suffers from combat nightmares.

Leah has a secret that will change their lives forever, but can Heath conquer his demons so they can make a way forward together—or will he abandon her when she needs him the most?

Heath slid next to her as she admired the small bridal toss bouquet she’d caught. He took it and placed it beside her larger bridesmaid bouquet and small evening bag on the carpeted limousine floor. He couldn’t wait. He needed a taste of her. Now.

She squeaked when he lifted her off the seat and settled her on his lap. She wrapped her arms around his neck, and he claimed her lips like a starving man. Which he was. He should have fucked her in the small banquet room after they’d finished talking. She eagerly opened her mouth, their tongues colliding in a ferocious dance.

He was so hard it hurt. He was certain she could feel his throbbing dick against her leg. He couldn’t wait much longer to sink inside her warm, waiting pussy.

Much to his disappointment, she broke their kiss, leaving them both panting. Shit. No one else had ever made him as hot or as hard as Leah did. He was so screwed.

Moving quickly before he could stop her, Leah hopped off his lap and positioned herself on the floor between his legs. The sexy gleam in her eyes had his painfully hard cock pulsing in anticipation.

She ran her hands unhurriedly up and down his thighs, the heat of her hands burning a trail. Heath stopped her when she reached for his zipper. “What do you think you’re doing, little girl?” He had a good idea, but wondered if she could verbalize it.

His heart raced in his chest when she smiled seductively at him. “What do you think? I’m going to take care of this big, hard dick for you.”

Damn. It was official. He was screwed. His little Leah was into dirty talk? His mind raced with all the other dirty, filthy things he’d introduce her to if they went past the weekend. Don’t get ahead of yourself, pal. One step at a time.

Acting more relaxed than he felt, he played along. He made himself comfortable in the limo seat and spread his legs a little further apart for her. He unbuttoned his pants and slowly unzipped them. She watched him with such a lust he considered laying her flat on the limousine floor and fucking her hard before they reached the Fairchild Hotel.

“So, you think you can wrap those luscious lips around my big fat cock, little girl?” Heath wasn’t small. He wanted to see how much of him she could handle.

Even in the dim interior of the car, he could see her dilated pupils. His Leah wanted to suck his dick. He would let her for a little bit. The first time he came inside her would be in her tight, little pussy, not her mouth.

She wasted no time and pulled on his boxer briefs, freeing his cock. The warmth of her delicate hand wrapped around his length nearly set him off. Where was his legendary control?

She licked the pre-cum from the tip of his dick, and he almost lost it. How did she do this to him? “Go on, suck me.”

He held on to Leah’s head, his fingers tangled in her thick, silky locks. She swallowed his cock as far as she could. The feel of her hot mouth engulfing his length was so fucking incredible he groaned and pushed himself deeper. To his surprise, she deep-throated him completely and hummed. The vibration practically had him coming right then and there.

Leah sucked him with enthusiasm, finding the perfect rhythm. He gripped her hair tighter, eliciting a groan from her. She liked a little pain? He could definitely work with that.

The base of his spine tingled. He needed to stop her, but her mouth felt too fucking good.

“Mr. Jackson, we’re near the Fairchild,” the chauffeur’s voice announced through the limo’s speakers.

Leah pulled off his throbbing dick with a pop, and he immediately missed her warm mouth. Shit, he was done for. He needed to get inside of her. Now.

“I’m sorry I didn’t get to finish. I wanted to take care of you.” She frowned, collected her bouquets, evening bag and sat down beside him, snuggling close.

“It’s all right. I wanted to come buried deep inside you anyway,” Heath said as he tucked himself back inside his pants and zipped up. He grabbed the top hat that had fallen off while Leah was blowing him and put it back on.

The moment the limousine came to a complete stop at the Fairchild Hotel, he was out the door extending a hand to her. She emerged with her bouquets and evening bag in tow. Taking her bag in one hand, and then grasping her now free hand in the other, he escorted her past the smiling chauffer and into the hotel lobby.

“Have a good evening, Mr. Jackson,” the chauffer called out.

Sexy and emotional; a great read! With the introduction of numerous characters, there&#039;s plenty more to look forward to from Dania.

I LOVED this book!! It was amazing!!! They made me angry, they made me cry, and they made me smile - the whole gambit of emotions..... their story is wonderful!! Can’t wait to see what Dania Voss has in store for the next Windy City Nights book!