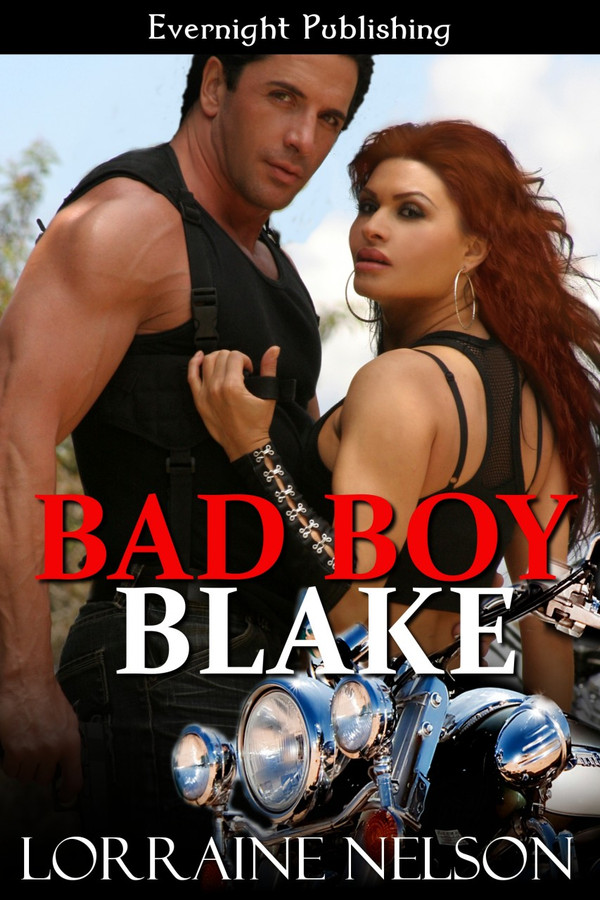 Blake Bennett is the town bad boy turned Sheriff, elected to keep the peace. When Blake first meets Gina, she's butting heads with the Mayor…over the type of dancing she teaches—pole dancing.

Gina West is a professional dancer who retired from the stage, and moved to Westonville, NB, to start her own dance studio. But Gina is not who she claims to be, and when strange things start happening—vengeful threats and vandalism—Blake begins digging for the truth. In his role as protector, he begins to fall for Gina, but will her lies and subterfuge destroy any chance for them to be together?

She stood to follow him to the door, but found herself hauled up against his muscular chest as he treated her to another scorching kiss.

Pushing away from him she asked, “Me? What did I do?”

“Now that I know what’s hidden under that robe, my hands are itching to peel it off you again.”

“What’s stopping you?” she said as she swiftly untied the sash, shrugged the robe off her shoulders and let it drop to the floor.

Just as fast was his reaction as he picked her straight up in the air and set her down on the counter. He chuckled in response to her shriek as the smooth, icy marble met her bare backside and she arched backward, supporting her weight on her hands. Quick to take advantage, he swooped in to devour her breasts with his hands and mouth.

Her legs wrapped around him of their own volition, urging him closer, closer…and then his cell phone rang.

He ceased ministering to her body and allowed his head to rest in the valley of her newly sensitized orbs. She ran her fingers through his hair, a touch on the long side for a man in his profession, her actions serving to hold him against her.

“I have to go,” he mumbled against her skin.

“We’ll finish this later,” he said, promise inherent in his words.

He lifted his head and covered her mouth with his, their tongues mating, creating their own magic as they thrust and parried, suckled and withdrew. His hands cupped her buttocks as he lifted her and set her on her feet.

“This is the first time in my years as Sheriff that I allowed anything or anybody to come between me and my job. What kind of spell have you cast over me?” he teased.

“Not a strong enough one, apparently.” Then seeing his confusion, she added, “You’re only human, Blake. The job isn’t the sum total of who you are as a man.”

“Maybe not, but I’ve measured myself by it for a long time.”

“Then maybe you were due for a change.” She smoothed his hair back into place with her hands.

“You could be right. We’ll discuss this later. Right now, I have to see how Rob is and if forensics found anything downstairs, then I’ll have them come up here.” His eyes traveled the length of her body as he spoke. “Better get some clothes on or I won’t be the only one who knows your secret.”

“That you are indeed a true redhead.”

&quot;Bad Boy Blake&quot; by Lorraine Nelson was given to me as a free read and I really enjoyed it. We meet Gina West who turns out to be Carl Weston&#039;s Granddaughter and Marissa&#039;s daughter who have both died but not before some crimes and possible blackmail issue came up. She is teaching ballroom dancing as well as pole pilates. Mayor of the town doesn&#039;t approve of her business thinking that is one step above pole dancing so he calls in sheriff of Westonvale Blake Bennett. She has all the papers for lease in order and has a 5 year lease so the mayor can&#039;t just kick her out. What happens when things start happening around town with threats, vandalism, and the death of one of her students is giving us a look into the past. Not to mention the sexual chemistry between Blake and Gina.

I received this book as a gift in exchange for an honest review. I loved the story. I will be recommending this book to family and friends!!

From the very first page, BAD BOY BLAKE is instantly gripping and riveting. Don’t let the cover fool you; yes, the book is filled with sizzling chemistry, but there are many depths and nuances to both the plot and the main characters, who are so much more than just a gorgeous bod and face. This is a strong and sensual hero and heroine who are comfortable in their own skin and know how to live life to the fullest even when confronted with challenges and danger. Balancing their strength is an excellent dose of humor. If you’re like I am and deplore the trend of books with characters who seem to revel in being and staying messed up, author Lorraine Nelson is a more than welcome breath of fresh air on the romantic-suspense writing scene. Add in an intriguing mystery, a wonderful range of emotions, a page-turning plot and highly memorable characters, and this book has all the hallmarks of a winner, plus the author keeps the heat level just as passion should be—hot but never tawdry. Ms. Nelson’s books are keepers in every way, and this book is no exception. It&#039;s one of my favorites!

In the beginning I truly felt this was Lorraine&#039;s best book yet. The heroine is one tough cookie. She comes to town and opens a dance school, intent on discovering who framed her grandfather for a crime and ran him out of town years before. Threats, vandalism, cars coming at her, and the death of one of her students isn&#039;t even enough to make this gal shut down shop and give up. There&#039;s a mystery and a family scandal at the heart that I really couldn&#039;t figure out til it slapped me in the face. That was a nice, unique tough from Ms. Nelson. The sex is hot and often...with the local sheriff who runs both hot and cold at times because it just so happens she suspects his very own family for her family&#039;s downfall. Extremely well-written and with a few chuckles. I think what really made me smile though was the heroine&#039;s enjoyment of teaching her dance class. My quibbles: There&#039;s a twist in their relationship that bothered me and though the ending fixed it, it bothered me how casual the hero and heroine were about it. And I honestly didn&#039;t know whether or not to be amused or shake my head when Gina jumps the sheriff&#039;s bones right after her attempted kidnapping. Thought it a strange action and a doubly strange time for that. LOL. But to each her own. :)

I liked this book overall. There was a lot of action going on all over town. Murder, attempted murder, arson, vandalism, insurance fraud, embezzlement and the list goes on. Centered in the middle of all this is the local sheriff and dance instructor. The sheets sizzle with their evolving relationship. The ongoing family feud added to the drama in this small town. I was surprised to see how Lorraine was able to pull it all together in the end based on the overwhelming action going on at the same time. Good read.

Gina is on a mission. Her mom died several years ago, but before she did she told Gina a story. A story of deceit, blackmail, corruption and what can happen when bad people get a hold of too much power in a small town. Gina&#039;s grandfather owned a factory in the small home town and for some reason 30 yrs ago, her family was driven out of town never to return again. Until now! Gina arrives in town and starts a dance studio. She is offering lots of dance classes, some a little risky for the little town. Blake the town sheriff, sees a commotion, and a fiery redhead telling off the mayor. Blake is immediately attracted to her. After Blake gets things settled down, Gina shows him what kind of dances the mayor was objecting too. Gina dances for Blake and loves his reaction to the dancing. There connection and attraction is strong. Gina looks at the situation as a win, win. A great looking guy, who knows the town and the people who may be able to help clear her grandfathers name. When Blake finds out what her true intentions are with the town, will he help her with her problems? The people that chased her family out of town are his own relatives? There is more going on in the little town that what anyone ever suspected. A mystery, with a good romance. Lorraine Nelson, brings together some great characters. Gina is a girl who grew up loving her family. She will do anything for them. She knows her grandpa couldn&#039;t ever do anything that would drive their family out of town. She has to find out what happened. Blake, who we find out had lost his wife under difficult circumstances, wants nothing more than to get to know Gina a lot better. The book has lots of action and some scotching love scenes. It also gives you a new appreciation of kissing cousins...lol. A good fasted paced book. Thanks for the great read.