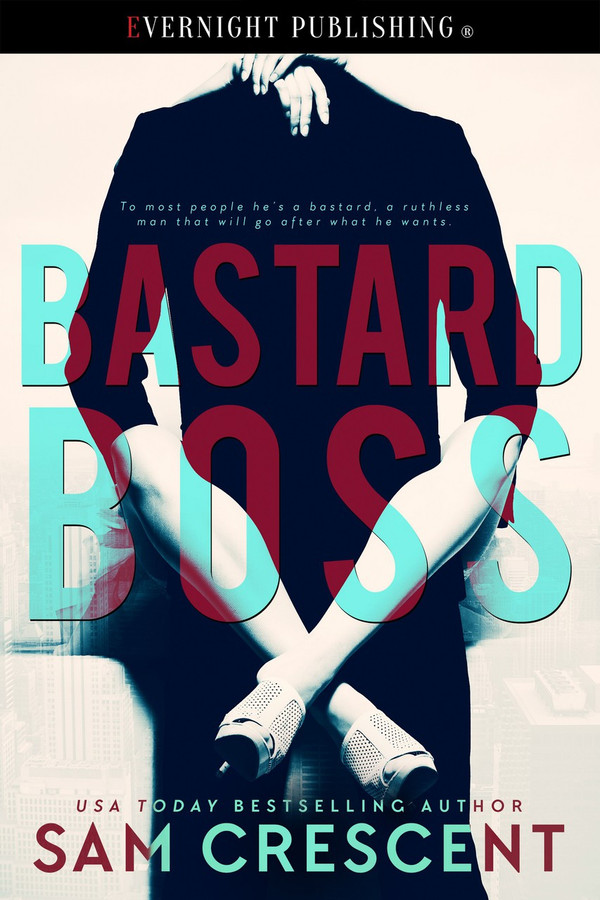 Xavier Leigh is a man who knows what he wants. He’s determined, successful, and he's the head of a billion-dollar company. The only thing he doesn’t have is an heir. He wants a child, he wants a family, and the only woman suitable is Anya, his sexy red-headed PA.

When Xavier propositions her, Anya can’t be sure if he’s serious or not. She wants a child, but she always imagined being in a loving relationship. He lets her know there wouldn’t be anyone else for either of them. If she agrees, she'd belong to him.

To most people Xavier is a bastard, a ruthless man that will go after what he wants. Anya knows the truth. Xavier is a man who can love, who yearns for a family and someone to love him. Can they create a lasting future together?

There was no way he was getting fucking hard if there wasn’t anything there. “How about we take a chance? Are you willing to … experiment?”

He leaned back in the chair and patted his lap. “Come and have a seat.”

Getting to her feet, she stood in front of him. Keeping his gaze locked on hers, he caressed her knees, and slowly lifted her skirt up, helping her straddle his lap.

His cock was ready to burst through the seam of his pants. He was so damn turned on, and she was only straddling his lap.

He hadn’t been with someone in some time. Had this been happening to him longer than he first thought? When he’d known Anya was going out on a date, it had affected him. He had made life difficult for her, being a complete bastard until she had to cancel several dates.

Running his hands up the back of her thighs, he couldn’t help but love the fact she belonged to him.

“What are you thinking?” she asked.

She chuckled. “That makes me kind of scared.”

“Nothing to be afraid of.” He cupped her ass, squeezing the round cheeks, and moaning as he did. “You’ve got a really nice ass.”

She giggled. “This is weird. I don’t know much about you other than what I’ve learned about the company.”

“Ask anything you want.”

“Did you know you wanted kids when you were younger?”

“No. I didn’t think I’d want them. I grew up in foster care. I wouldn’t risk doing that.”

“Some were, some weren’t. Depends on the people, the group of kids. It’s not just about dumping a load of kids in one place and hoping they would get along.”

“How were your parents?”

“They were lovely. They only had me, and they had me quite late. I love them. They support me in every single decision I make.”

“And you told them about me?”

Her parents were going to get the biggest gift basket in the world as far as he was concerned.

“How is this little experiment supposed to work?” she asked.

He sank his fingers into her hair, and pulled her down. Locking his lips against hers, he closed his eyes, moaning. Her hands went to his shoulders, her nails sinking into the fabric of his shirt. Caressing down her back, he pulled her shirt out from the top band of her skirt. He didn’t break from the kiss once, sliding his tongue across her lips, opening her up.

He slid his other hand underneath her skirt, and touched her panty covered pussy. She cried out, but he felt the evidence of her arousal. Her panties were soaking wet.

“This is evidence that we’re going to be good together.” He took one of her hands, and placed it against his cock. “That’s what you do to me, and you’ve been doing that to me for a long time.”

I like the characters and the way the boss tells it like it is, he has had a lot of woman but he falls for a fuller shaped woman who won&#039;t put up with his carp. The make a family and continue to love each other. MUST READ

Xavier Leigh is a man that once he makes up his mind he wants something he does not back down until it is his and he has now decided that it is time for him to have a family of his own and the only suitable woman to help him achieve this goal is his sexy curvy assistant Anya. Now he has decided this he needs to put his plan into action and get exactly what he wants ... forever ! I loved Xavier, a straight talking , Sexy Boss with a delicious dirty side that will make you swoon! Not everyone likes him as he is considered by most as a bit of a nightmare, and does not always treat others with high regard. However, the side he shows Anya is the side that you cannot help but fall in love with. This is a beautiful story with some added surprises that I loved every moment of I just wish it was longer ! Well done Sam! Happy Reading!

Loved this from the beginning to the end! I&#039;ll reread and I recommend to anyone who loves a bad boy with a heart of gold!

I received this ARC from the author in exchange for an honest review Xavier is sexy as sin and with a fantastic sense of humor. Anya is my kind girl she curvy and sweet.These two are ridiculously sexy together just a great short sweet story. The sexual tension and build up was executed flawlessly. Great read highly recommended.

I think from all of Sam&#039;s stand alone books, Xavier Leigh is the dirties alpha male I have read. Around the office he is knows as the Bastard Boss, he doesn&#039;t do romance, relationships, he does dirty sex and that&#039;s it. Anya has been his PA for 4years now and since he has moved her from being a receptionist to his PA he has wanted her. So he has decided that he wants a baby and she is the best candidate for this job! He can&#039;t picture anyone besides Anya in this job, so he does what he does in business, he tells her what he wants and he wont take NO for an answer. This was short/smutty and you will not be disappointed at all when you buy this book! It will leave you wanting more.

Very romantic and short HEA read. I loved this story. Anya is a loyal and devoted employee with her own set of rules and standards. Xavier is really a jerk when it comes to women though the women do deserve it since they are only after his money and gifts anyway. He hatches a plan to have a family - an heir - and it involves Anya. The plot you can pretty much guess where it will mostly go but there are still plenty of surprises left. I enjoyed the story and cannot wait to read another book from Sam, she is one of my favorite authors! Great job! Comment Was

Xavier has decided that he wants a family but getting his pretty little PA to agree to his plans will require some doing! Anya has had the hots for her boss since she started working for him but has never acted on it because she fears she is not what he wants. This is a short and hot story of a man who goes after what he wants. It&#039;s sort of an instant love thing but then again, it&#039;s not! You just have to read it to see. Xavier is a dirty talking man who loves his sex hard and rough and when he finally convinces Anya to give him a baby, he discovers she likes her sex on the dirty side also. There is a little drama with an ex-girlfriend but it&#039;s not overwhelming. And like always, I love the epilogue at the end because we get a look into their lives several years down the road.

4.5 stars! Xavier is a dirty, sexy, bossy boss man. If you enjoy your romance a bit on the dirty side then this book is definitely for you! Xavier is suddenly feeling the need to have a family and he knows just who the right woman to help him with that is - his PA Anya. Anya is doubtful that this is a good idea after working along side Xavier for 4 years but he is a man who gets what he wants and sets about convincing her that this proposition will work for them. This is supposed to be a convenient arrangement but will they realize that love has been waiting all along?