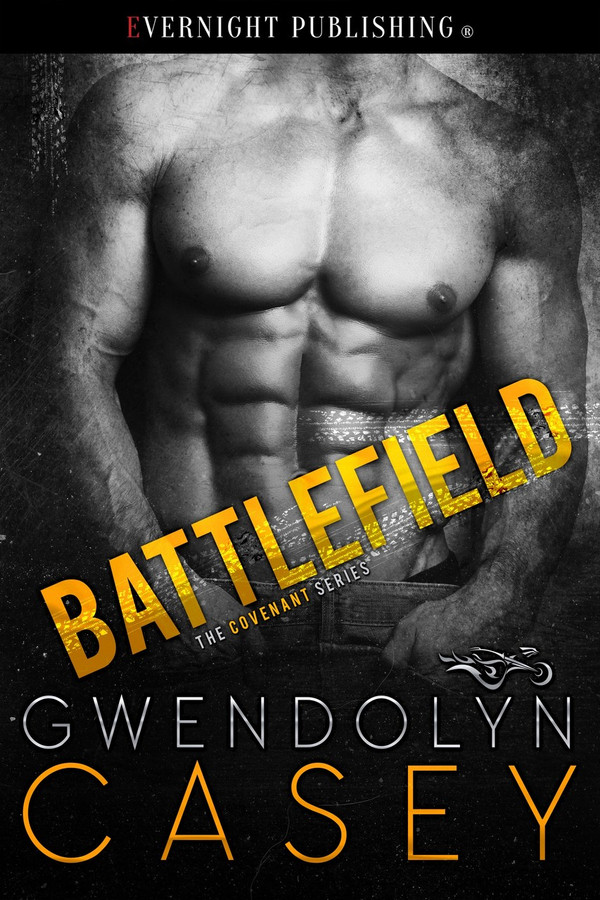 As a member of the Aces MC, nothing in the world is forbidden to Jordan Mitchell, and he is not in the habit of denying himself the things he wants. But when he meets his younger brother’s girlfriend, he finally knows the torture of wanting something he can’t have.

Cecelia Taylor knows Jordan would be a mistake since the first time she meets him. Not only is he a filthy biker but also an arrogant jerk who can never seem to keep his hands to himself. And yet, she can’t seem to resist those hands … or his bed.

Their relationship is a battle from the very beginning, with casualties on both sides. But when Jordan’s mysterious past comes calling, their love is put to the test, and they both have to decide if what they have is worth a real fight.

Jordan turned me in his arms, but I kept my head down, not wanting to meet his gaze. He gripped my chin and lifted my face to his, forcing me to look into his warm brown eyes. I knew what he wanted; I could see it there. He wanted more than just sex from me.

But it was too frightening to even consider. I stepped back from him. “I’m sorry, Jordan. I can’t.”

Jordan's eyes narrowed, and his mouth turned hard. He walked toward me, making me back up until I hit the concrete wall of the pavilion. He came into my space, towering over me. I could see that the gentle lover act was over and now the dominant mad man stood before me.

“You're not sorry. You're scared,” he said. “And if you were any other woman, I'd be walking away by now.” His left hand came up and cupped my jaw while the other gripped my waist. “But this battle isn’t over.” His thumb brushed my lips, and I felt the answering slickness between my legs. His determination was frightening, but it made me feel giddy at the same time.

“Jesus. I'm not playing hard to get, asshole. I don't want you.”

Jordan smirked. Then I felt his right hand move to my belly right before it plunged into my pants and into my underwear. I grabbed his wrist, but he was too strong to stop. I gasped as I felt his hand cup my mound and his two middle fingers slipped into my wetness.

His hand gripped my hair and tugged it gently, so I was looking up at him. “Never lie to me again, especially about this,” he said as he shoved those two fingers deep inside me. I moaned and closed my eyes, knowing that there was no point in fighting him. He could feel the wetness, and he knew I wanted him. And he was enough of a villain to use it against me.

His fingers fucked me in a steady rhythm. “You want to pretend you don’t belong to me, but we both know the truth,” he growled.

His words came through the blissful sensations, and I tried to push him away. But my efforts were weak, and he ground his palm against my clit, silencing any protest with waves of pleasure.

“You are a psycho.” I tried to scream, but it came out as a silky groan.

He laughed like the devil. “That's right. You remember that when it comes to you, I am a fucking psycho.”

His mouth came down on mine, his tongue plunging inside. He kissed me like he owned me, deep and rough, and his fingers followed suit, making me writhe. As the feelings consumed me, I couldn't help but want more. I wanted Jordan's thick cock instead of his fingers. I imagined being stretched by his length again. I kissed him back, making my tongue as aggressive as his.

Jordan suddenly broke the kiss and he slowed his pumping fingers. “You want me inside, don't you?”

I didn’t answer, not wanting to say it.

“I can feel your cunt gripping my fingers. It wants something more. Say it,” he demanded.

I groaned as his fingers teased me, keeping me on the edge of bliss.

He growled and kissed me again. I wrapped my arms around him, ready to give him everything again.

But he pulled his mouth away with a curse. He gritted his teeth as if he was fighting an inner demon. He looked down at me, the brown of his eyes like molten fire. “As much as I would love to spin you around and fuck you against this wall, we have some issues to resolve.”

I blinked up at him. Issues? What the fuck? Is he trying to be a decent guy right now? I dropped my head to his chest, ready to cry in frustration. I didn’t want the decent guy. I wanted him to fuck me just like he described.

He gave me a half smirk, knowing my problem. “But don’t worry, babe,” he said, and I felt his fingers begin to move again. “I will never leave you wanting.”

He tilted my head back again and watched my face, while he gave me deep, thorough strokes, all while grinding against my clit. The pleasure that had been simmering returned to a boil, and I moaned into the night. I pulled his head down to mine, needing his mouth on mine. He gave it willingly, feeding my wanton body. It was only moments before I let out a cry, coming around him. I gripped his cut as he held his digits deep and put pressure on my clit as it spasmed.

Still shaking from the pleasure, I leaned back to steady myself on my own feet. He removed his hand from my pants, and I watched as he brought his fingers to his mouth, sucking each one like he was eating barbeque. Then he pulled me to him and kissed me again. It was vicious in its intensity. I could practically taste his need on my tongue.

He broke away with a curse and stepped back from me. Without his body so close I felt cold suddenly. He turned his back on me, but I could see his fists tighten and release at his sides, like he was struggling to get himself back under control.

I smiled to myself, loving how I drove him crazy. It made me feel feminine and tempting. I indulged in the feeling for a moment, knowing it probably wouldn’t last.

After a moment, he turned back to me, looking frustrated but calm. He reached for my hand. “Come on. I'll drive you home.”

I let Jordan pull me to his bike, my body languid while my mind tried to absorb what just happened. I came here to break things off, right? What happened? I would have to analyze it tomorrow because right now I wanted nothing more than to be close to him.

I climbed on his bike and wrapped my arms around him as he started it. The rumble of the motor was almost soothing after the storm I just survived. When we pulled up to my house I got off the bike slowly, my limbs still loose from my orgasm. He helped me off and then his arm slipped around my waist, pulling me against him. He kissed me gently, without tongue.

“Goodnight,” I managed as I stepped away.

I simply nodded and turned to go inside. I tried not to look back, but as I was closing the door, I peeked out to see him still there, still watching me. I shut the door quickly and turned the deadbolt. Only then did I hear him pull away.

I took a deep breath and leaned back against the door.

All my fellow readers understand exactly what Im referring to. I love how this author makes you feel as if you are in the room with these characthers. When they disagree you feel like you are in a tennis match. The flow of the book maybe a little unconventional but as a reader you become so engaged that its fluid. I love Jordan because he is an Alpha male with all the growls and CeCe is guarded but when those defenses are lowered she is all in. I think we all can relate to that. Hands down I think GC the top 3 best naughty/raunchy scenes writers.

Love this book! Love the series! I was so enthralled with the story line and I could see it play out so clearly in my mind. It&#039;s a real page turner! I highly recommend : )