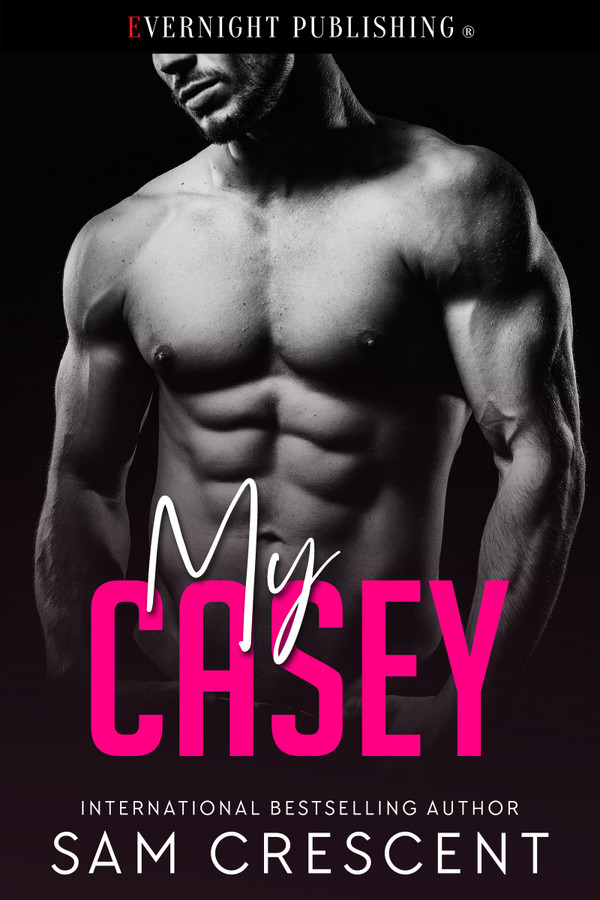 Casey Jones has wasted so much time chasing other people’s dreams and always making excuses to put off her own. So, after quitting her job, she is heading back home to live with her parents, in the hope of finally doing something she wants to do.

Daniel “Rusty” Locke has always regretted not telling Casey how he felt before she left for college. He had to watch her drive away from him, but now she’s back. He’s got a chance, and he’s not going to screw it up. With her back in town, he intends to show Casey exactly how he feels for her.

Casey doesn’t believe in love or commitment, but being in Rusty’s bed, she finds it hard to want to leave. He’s everything a woman could ever want. Only, sleeping with him, comes with a chance at commitment. Is this what she wants out of life? In her fear, she retreats inside herself.

When the truth finally hits her, Casey knows she has to do something to make it up to Rusty, but what exactly can she do? Propose? She has never put herself out there for any other person, but Rusty’s not just anyone—he’s her man, and she’s willing to do whatever it takes to keep him.

“Kiss her. Take her out. Show her a bit of adventure. Don’t be the good guy here, Rusty. You think she’d settle for a good guy? She’s a city girl.”

“That doesn’t mean anything.”

“I bet she has been surrounded by good guys. Suit-wearing men, and you’re not a suit guy.”

“Look, I’m your best friend. I know you’ve had a thing for this girl for as long as I can remember, but you were too much of a pussy to do anything about it. Now you can do something about it. A lot of somethings, if you catch my drift. Inspiration comes from anywhere, and being the writer that she is—is she romance?”

Buster smirked. “I think you and I both know what kind of inspiration you could find out she needs.” His friend slapped him on the back. “As much as I’d love to stay and chat, I’ve got to go. Think about what I’ve said.”

Rusty watched his friend leave and wanted nothing more than to throttle him. This wasn’t what he wanted to do today.

Looking into his office, he wondered what she would want from him.

Wiping his hands on the cloth, he grabbed his burger and walked into her room.

He nodded and took a bite out of his sandwich. She sat back, dropping the pen onto the desk and grabbing her own lunch.

“Did your parents find out about the whole vegetarian thing?”

“Yeah, they did, which is fine. I got cucumber sandwiches and a promise from my mom that she will see what I eat.” She giggled. “You know it’s not some crazed thing.”

“I know. I totally looked it up online.”

“I don’t know, it feels like it. So, erm, what kind of stuff were you hoping to write about?” he asked.

Buster’s question now had him curious.

“Okay, well, don’t laugh, but I wanted to write romance.”

“Yes. Romance is, like, the most amazing thing in the world. I know there’s crime and thrillers, and horror; I’ve got nothing against them at all. Me, I just love romance. I think there’s something magical in a story when two people find each other, or reconnect, you know.”

“What kind of stuff do you read?”

“I tend to go for cars, sports, that kind of thing.”

She smiled. “I can imagine.”

He finished off his food. “Why don’t you list all the things you love about romance? What you want to see in a book? Draw all of your elements together until you have one nice, neat package?”

“I’m just doing my job,” he said. He walked to the door and stopped. Turning back to face her, he stepped toward her desk.

“There’s one thing I wanted to do last night, and I didn’t get to do it.” He took her hand, lifting her to her feet.

“It’s nothing bad, I promise.” He cupped her cheek. His heart was racing. This had never happened to him before. He never got nervous about a kiss, but this wasn’t just any woman. This was Casey Jones.

The girl he’d been pining for all of his life and pretending for the most part that her leaving didn’t matter.

She was back in town, and he’d already been on a date with her, and he messed it up at the end by not kissing her. He wanted to kiss her.

Tilting her head back, he stared into her eyes and then just went for it. Slamming his lips down on hers, he finally took the kiss he’d been wanting to do for years but had never gotten around to it. His own fears had been keeping his need for her at bay, but no more.

A damsel in distress, Casey is saved by a man who she thought ignored her in High School. Now, Daniel (Rusty) was a man hard to ignore. Rusty sees this as an opportunity to finally get the girl who he let get away. Now that she is here, he refuses to let her go. A sweet story I really enjoyed.

Returning to her hometown after feeling like a failure, Casey finds comfort in the arms of Rusty. Sweet sexy read with a beautiful HEA. Loved the epilogue.

While this was a decent story, I was struggling to even like Casey! She seemed to always be on the run from something and it got old. Daniel was okay but again, I struggled to connect with him. The story was good but I couldn&#039;t connect with the characters. I still love Sam&#039;s stories and will still keep reading them.

This is a wonderful read from the very beginning. I was captivated by this book and continuously found myself drawn to the characters. Nice plots and easy to follow. The characters had such chemistry that you could feel the sparks. In true Sam Crescent form the characters and their personalities are unique with qualities and traits that balance out perfectly. The chemistry between the main characters is sizzling. I loved they way they came together so smoothly. The scenes are so graphic and vivid it&#039;s easy to picture each scenario as it plays off one another beautifully. Sam Crescent did an excellent job bringing these stories to life flawlessly. I voluntarily submitted an ARC review for this book.

My Kind of Dirty by Sam Crescent

My Teacher by Sam Crescent

The Love of My Bully by Sam Crescent

She's My Everything by Sam Crescent