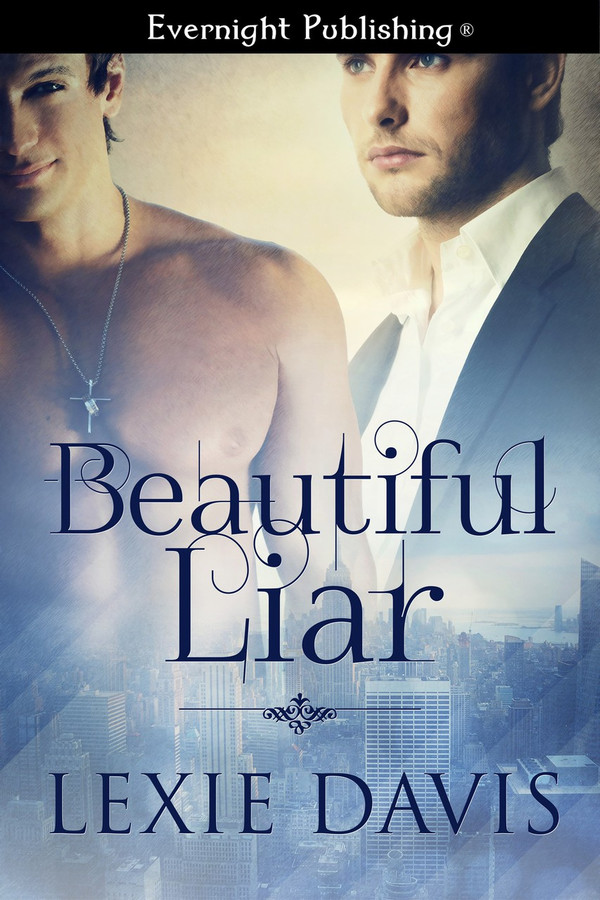 Noah Reese is used to attending to the needs of the rich and famous gay bachelors of New York City. When he's paid to attend a charity gala with a rich businessman, the client doesn't show. It isn't normal for escorts to get stood up, but before he can really complain, Tanner Lachlan catches his eye.

With scandal surrounding Noah, the deeper he gets involved with Tanner the more lies he needs to tell to keep his secrets at bay. Neither are prepared for the flood of explosive emotions that can tear them apart for good.

Tanner snorted and went to the fridge. “I want to have that conversation you wanted last night.”

Noah leaned against the kitchen bar. “My favorite color is green.”

Tanner twisted the cap off a bottle of water. “Noted.”

“I don’t really have preference about restaurants in the city. Food is food as long as it tastes good.”

Tanner chuckled and sipped his drink. “How did the modeling go? Am I going to get phone calls from agents wanting you?”

Noah shrugged. “I don’t know. I think it went okay. She did some photos for a print add and marketing campaign in addition to the commercial. A whole lot of shirtless sexy action going on.” He wagged his eyebrows.

Tanner could only imagine. Hell, he’d been trying to have some form of control around him so that they didn’t just end up being fuck buddies, but Noah wasn’t making it easy on him.

It felt strange wanting a relationship when he’d said for so long that he didn’t have time for one. And he really didn’t. In a few weeks he would be jetting off to Europe for meeting with some developers to expand his projects. He was always doing something somewhere and he had little time to find someone and potentially see if he was compatible enough for a long-term relationship. It took too much time to do that and even so, most people didn’t like to travel like him. They liked to do their own thing in the city and the relationship soon turned into something long distance.

Noah walked over to him and wrapped his arms around him. He nuzzled and kissed Tanner’s cheek. “I’ll let you see all the good parts. You can play with them, too, if you like.”

Trying his best to resist Noah, Tanner let him slide his tongue along the pulse point in his neck. The damn temptation was too much. He was addicted to the model like a hard-core coke addict and he wasn’t sure if he’d ever get enough.

“Why think about it?” Noah’s hand slipped down to cup Tanner’s ass. He leaned in to whisper in Tanner’s ear. “Do it.”

Tanner backed Noah into the cabinet behind him, crashing his lips against his lover’s. “You’re so fucking temping. Can we at least go to the bedroom this time?”

“You can fuck me anywhere and anyway you want.”

At the core of this story is the ‘Pretty Woman’ scenario – escort meets rich guy, falls in love, and they fly off into the sunset together. As simple as this sounds, there are different ways to get there, all of which can be fun. In the case of ‘Beautiful Liar’, the escort is stood up by his client and ends up with a “real date” who just happens to be a billionaire. With a fresh start like that, two promising characters, and lots of drama sure to follow, I looked forward to reading ‘Beautiful Liar’. And aside from the somewhat unrealistic fairy-tale speed with which these men fell in love (which, honestly, I already expected), it turned out to be an entertaining read. Noah is the escort in question. He is experienced, moves at the higher end of his agency’s clientele, and is prepared to make sacrifices - like going to boring art shows and excruciatingly long charity dinners. His attitude made me smile. I guess all jobs have their drawbacks… Anyway, when a new client stands him up and Noah meets Tanner, everything changes for him. Suddenly he is interested in the man who pays for his dinner, and his standard reply as to what he does for a living, while easy to give at first, soon gets him into trouble. Tanner has not been interested in a man in forever, using his lovers for his own satisfaction, but not caring about them as people. For some reason Noah is different, and Tanner likes the passion flaring up between them. But when he finds out what Noah really does for a living, he predictably is not amused and dumps him. The problem is that he can’t seem to forget what they had together, no matter the lies he’s been told. If you like fairy-tale-like stories set in today’s world, if insta-love is your thing, and if you are looking for a short, entertaining read that is set in the NYC of the rich, then you might like this short story.

This was a sweet and hot short story featuring two of my favorite things; hustlers and billionaires. Noah Reese is an escort who was stood up for a date when he meets billionaire Tanner Lachlan. The chemistry between them is positively electric right from the get go. They head to Tanner’s place and engage some hot sex. The scenes between them were freaking hot. I loved the exchange of power between them. Davis did an admirable job creating these characters and showing their strong personalities considering the length of the story. Characterization is often sacrificed with short stories such as this but that didn’t happen here. Noah and Tanner are strong characters and I enjoyed reading about their relationship and seeing it grow. Conflict arises when Noah’s live as a hustler comes to light and Tanner has to decide if the scandal is worth pursuing a relationship. I truly enjoyed this tale and urge readers to give it a shot.