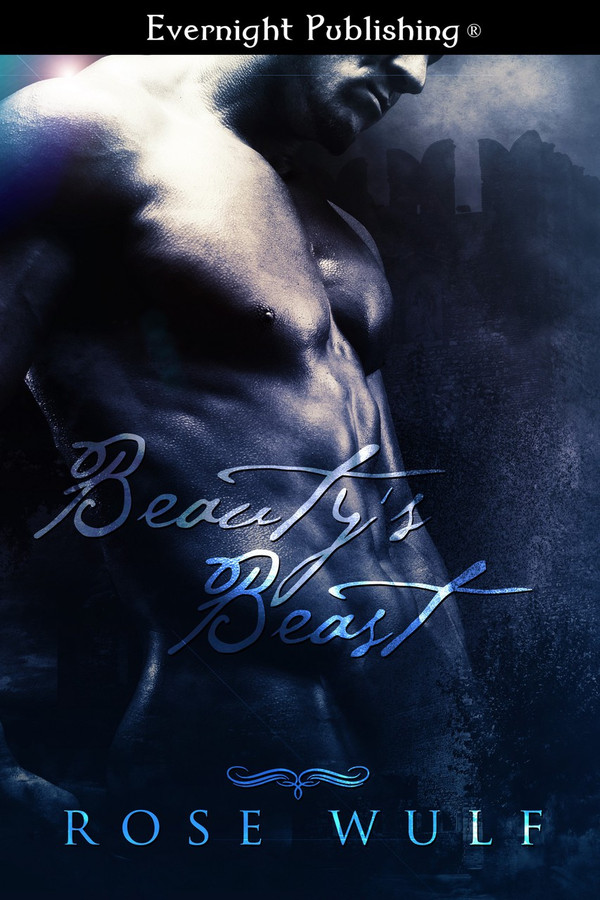 Aurora’s life took a turn for the exciting when she won a four-night trip to Castle Finnegan. A castle inhabited by a sexy stranger with smoldering bedroom eyes and a sinful touch. It was easy getting swept up in his arms, harder to accept that she had to let go.

Daemyn didn’t get attached. There was no point. But he couldn’t keep Aurora out of his heart any easier than he could keep her from his bed. And that presented a problem, because if she ever found out he wasn’t human she would run. Not that it mattered, because he was cursed to the castle for eternity… unless he could get Aurora to love him for what he was.

Aurora wrapped her velvet robe around herself and stepped from the bathroom. A room which was literally used for bathing. She’d never been so privileged before and getting to experience this style of bathing had ratcheted up her excitement. As she padded, in her worn, fuzzy slippers, down the cool stone hallway toward her room, her mind raced. The hall windows were smaller than the main hall’s windows but still cathedral style and they bore no coverings. The unfiltered moonlight cast a beautiful, romantic glow on everything.

It also cast a large amount of shadows, and it was those shadows she blamed for her heart’s brief leap of terror when someone stepped from them and into her path.

Aurora’s eyes widened and her mouth went dry with mixed anticipation. It was him. The man she’d glimpsed in the window during dinner. Only, up close, he was so much more impressive.

He stood a good head taller than her, easily over six feet, and her first thought was that he was built like the freaking Rock. The Rock, not a rock. And her fingers itched to reach out and touch those spectacularly bulging muscles. His shirt was dark, black in the moonlight, and pulled tight across his chest. In better lighting she imagined she’d be able to see every ridge of muscle. Those etched muscles disappeared into dark denim and she couldn’t tell whether or not that was a shadow or an actual bulge in his pants.

Oh my … wow… This man was mouthwatering. And the moonlight reflected perfectly off his molten brown eyes as they bore holes into her.

His lips twitched and he stepped closer, into her personal space. Somehow the motion cast him even more into shadow. She could barely make out the outline of his strong jaw and it was a moment before she caught a glimpse of his hair. It was straight and black and pulled back behind his shoulders.

“Tell me your name,” he whispered, his voice deep and rumbly. She swore it vibrated straight into her, sparking something warm low in her belly. As he spoke, he reached out and caught a damp strand of her hair between thumb and forefinger. He rubbed them together briefly, leaned forward, and took a long, slow breath. She swore he even hummed.

Swallowing heavily as her body’s irrational reaction continued, she said, “Aurora. I’m Aurora. Who … are you?” Was she really asking for this god’s name? Maybe I should be asking him to take me right here on this floor. Oh, Kayla was right. It had been way too long.

The sexy stranger dropped her hair, letting it slide sensually through his fingers, and he moved around until he stood behind her. So close that she was sure now that had been a bulge in his pants and the knowledge only made her hotter. She had to fight to keep from rubbing her thighs together.

He bowed his head and she felt his nose brush her ear as he reached up and gently parted the top of her robe. Not enough to expose anything more than her shoulder. She didn’t try to stop him. He leaned closer, his other hand landing heavily on her hip, and his hot breath washed over her skin with his exhale.

I love a good naughty fairytale, and I must say the author did a fabulous job with this one. I hadn&#039;t read a story involving an incubus before, and I found that alone rather fascinating. Aurora is a strong heroine, not afraid to go after her man if you will, and I loved that about her. I was hooked from the first page to the last and thoroughly enjoyed this tale of passion, hot sex, and magic.

Aurora has a pretty boring life. She works as an apartment complex manager doing the same thing day in and day out. When she wins a trip to Ireland she&#039;s ready to pack her bags and spend a few days with her best friend relishing her good luck. Her first glimpse of Daemyn peaks her curiosity. Her second is a meeting that sets her body on fire. Daemyn has a small problem. He&#039;s stuck in a castle with a landlord he can&#039;t stand but he can&#039;t leave until someone breaks his curse. When two new tourists arrive at the castle, he sees Aurora and finds himself captivated. She&#039;s the perfect, luscious body type he&#039;s always been attracted to and he finds himself falling for her in ways he never has before. But when she discovers what he really is will she stay or leave? Beauty&#039;s Beast is novella length with decently developed characters and a smoking hot storyline set against a backdrop of magic and folklore. This is a very sexy reboot of Beauty and the Beast with a fun twist!