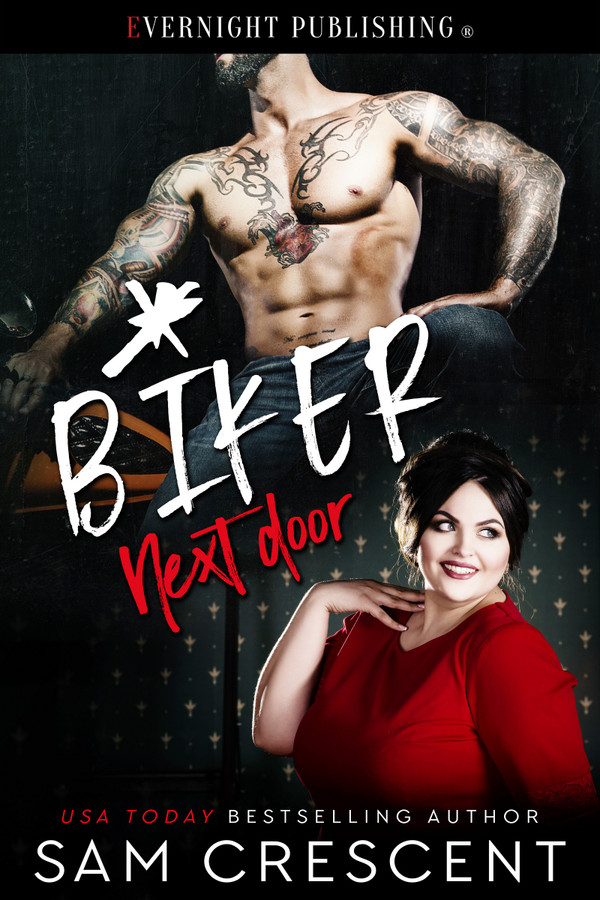 After doing three years in prison, Rix is following the rules. He’s not wearing his leather patch, nor is he anywhere near his clubhouse, but he will make the person who put him away pay. For now, he’s going to enjoy living free, especially with his sexy neighbor.

Work is all Anna-Beth has known. She doesn’t know what fun is anymore, not until she attends Rix’s party. He’s dangerous and his smile melts her panties right off. They’re two people having fun and one day, it will be over. Yet, Rix he doesn’t want it to be over. He wants to claim her and make sure Anna-Beth can never leave.

However, when it’s time to return to the club, Rix has to make a choice. Is Anna-Beth ready to accept him, or has the houses’ magic for bringing couples together finally ran out?

He watched her as she ate her food. Did she think of the kiss last night? Did she touch her pussy thinking about him?

Leaning back in his chair, he was a little surprised. The little he knew of Anna-Beth, he expected her to be at work, trying to make up for lost time, or believing she owed someone something for just having a good time.

She didn’t owe anyone anything, but she had that air around her that stopped her from having fun. Yet here she was in his dining room, complete with a bagel of goodness, and that had to be rewarded. Would he shock her? Scare her away?

He wouldn’t know until he tried.

“I want to fuck you, Anna-Beth,” he said. “I’m not after hearts and flowers, but from the moment I saw you move in next door, I wanted to know just how tight your pussy would be wrapped around my cock.”

He watched her. She didn’t frown or look offended.

“Did you touch yourself last night? Did you tease your clit thinking about me? I’ve got to say, I intended for you to be dancing on my dick all night.” He finished off his bagel, took a swig of coffee, and climbed out of his chair.

Placing his hands on either side of hers, he leaned in close. “It would be so good between us, you know that, right?”

“What? Taken your body on a path of fucking? You wouldn’t have to deal with the whole club. Just me. I won’t share you. I want you.” After years of being without, he took her hand, and even after everything that went down last night, he was aroused. He put her hand right on his dick. He was swollen. If he tried to take his cock out now, it would hurt, his pants were so tight.

She didn’t pull away. Her hand tightened around his cock, and she licked her lips.

He cupped her face, running his thumb across her mouth where her tongue had been. “You keep doing that and I’m going to have to see how good you are at sucking my cock.”

“This is crazy,” she said but made no move to pull away.

“What do you say then, Anna-Beth? We should do something crazy this summer. You belong to me.” He lifted her up out of the chair, running a hand down her back to cup her ass, squeezing the flesh through her jeans. “Do you have any idea what I want to do to this ass?”

“I can show you. All you’ve got to do is give yourself to me. Trust me and I will take you on the ride of your life.” He slammed his lips down on hers, and she cried out, wrapping her arms around his neck, holding on to him. He lifted her up and lowered her onto the table, stepping between her spread legs.

He cupped between her pussy, hearing her cry out and feeling her rock against him, almost begging for more, and he was more than happy to give it to her.

After lifting his shirt up over his head, he threw it across the room, not caring where it landed. Next, he removed her shirt. It was far too big. She needed clothes that showed off these glorious tits to perfection. He pressed her breasts together, kissing the mounds.

“I need your consent,” he said.

He rubbed his face against her tits, pulling down one lacy cup to tongue her nipple before sucking it into his mouth. He bit down on the tip before lathering it with his tongue.

“Your pussy is mine to command?”

“And this mouth?” he asked, kissing her lips, sliding his tongue inside her lips.

“Yes,” she said when he gave her a moment to breathe. It wasn’t a lot of time. He couldn’t give her too much. He fucking craved her.

Anna-Beth is a workaholic and moving to a small town where she knows no one does not help. She is content in her life and then the biker moves in next door and nothing is the same again. She knows she is not his type but when he pushes her to attend his house party she gives in and her safe and quiet life is no more. Rix just spent 3 years in prison and now has to live away from his club in a suburban neighborhood where the only good part is the lady next door. He never plans for her to change the very fiber of his being, but he knows when it is time to go, he wants to take her with him. Anna-Beth hears the legend about her and Rix’s houses, but she does not believe until she starts to fall for the biker next door who leaves her in the dust. Just when she decides it is best if she moves on fate throws her another curve ball when Rix comes back. Can she fit into his world or will she forever live without the biker next door? I fell in love with this story, but the best part is the elderly neighbor who lives down the street. The character was crafted to fit perfectly in the biker world and become an integral part of Anna-Beth and Rix’s story. The writing of Sam Crescent does not disappoint and leaves the reader wanting to read more about the world she has created. If you like a little whimsical with your biker story, then this is the book for you.

I love her books and this one! I love the story and the characters! I couldnt put it down! The story was just so amazing!

I thought the characters were so cute. This version of the &quot;cursed houses&quot; was very good. I feel like it could&#039;ve had more action though. Overall, I really liked it

Princess Next Door by Sam Crescent