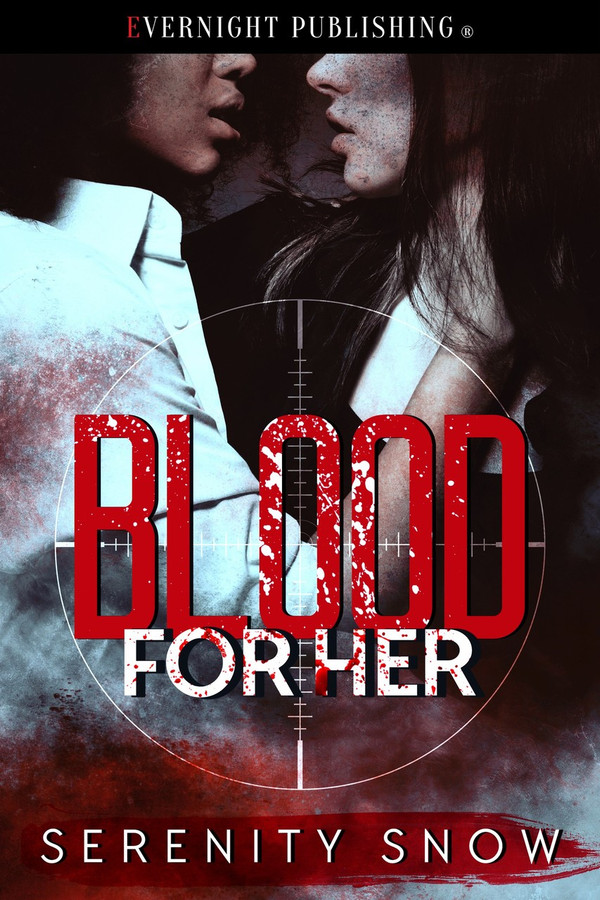 Chloe is happy that Darice has proposed to her. She has everything she could possibly want until a stalker makes her his next target. Hoping it’s all in her mind, she delays in telling Darice, not wanting to be caged.

A near fatal attack leaves her with little choice and Darice is willing to do whatever it takes to smoke this would-be killer out and take his life.

As if dealing with a stalker isn’t enough, Chloe’s family decides it's time to meet Darice, setting her further on edge. It’s the last thing she wants when her happiness with Darice fills her heart so completely because she knows her family won’t approve.

But the stalker makes a final move tearing Chloe’s concerns from her family to survival. Will her life be forfeit before she can experience the job of being Darice’s wife?

“You sound like my father,” she said softly. “He was always checking out other women, and he even asked my mother why she didn’t dress a certain way or wear her hair a different way.”

“I know why you dress the way you do, sexy woman,” Darice said, sliding her hand over Chloe’s thigh.

She was wearing a short gown with spaghetti straps and an empire-waist. Darice had bought it for her and the panties that barely covered her ass cheeks that she wore beneath it.

“He wanted to change some aspects of her,” Chloe said, and Darice glided her hand up her side under the gown to stroke the curve of her breast, and Chloe shivered.

“I don’t want to change you,” Darice assured her. “I wouldn’t love you if you were one of those women. Some of them are vain and shallow bitches, but you’re a sweet treat that makes me crazy.”

“Is that all?” she asked in a teasing tone.

“You let me be the strong one,” Darice said.

“I like that about you,” she murmured. “That you’re an ex-assassin scares me, but I know you’ll protect me as much as you can. I like that, too.” Loved that actually. She’d always wanted a woman similar to her father without his roving eye.

Chloe was certain her father had cheated on her mother at least twice, and she didn’t want to be that woman who stayed with an unfaithful lover because of the life she could have.

Darice kissed her hungrily, and Chloe kissed her back, curling an arm around her neck while Darice’s hands slid up her back.

“You wanted a woman just like dear old dad, huh?” Darice teased with her lips against Chloe’s.

Chloe opened her eyes and looked into Darice’s. The heat of the copper pools made her shiver. “Not quite.”

“What about him do you want?”

“A woman who’ll provide for me, let me stay at home and raise our children without giving me shit even if we’re barely making ends meet.”

“I can give you all that, Coe, and I cherish you and look forward to the future with you.”

“What about Marie? I mean is there any evidence that she’s behind this?”

Darice pulled back from her and picked up a sandwich. “No, but Ace is looking,” Darice told her quietly. “I want to handle this right, leave no stone unturned before I go accusing her.”

Chloe sighed in relief. Darice had followed her train of thought without getting pissed off and storming out, not that that was her style. Still, a woman could only deal with being accused of being unfaithful for so long before she took real offense especially if she was innocent.

“What if she is behind this?”

I love that the assassin characters are back!! Darice and Chloe were introduced in books 1 &amp; 2 of the trilogy so please read those first for a back story on the characters. You will not be disappointed. Darice has been contracted by Mojo for an undercover operation that takes her back to her assassination roots. While preparing for the operation she finds out that her fiance has a stalker that has attempted to kill her. Darice must figure who&#039;s behind the murder and attempted murder all while trying to keep Chloe safe. Chloe must figure out whether she&#039;s cut out for the life of an assassin&#039;s wife while the women of Mojo risk life and limb to keep her safe.

Blood for Her is a sequel to Mad about Her. This story is great. Chloe and Darcie are now engaged and are looking forward to getting married, but, they are being attacked by others that want to ruin Darcie’s business and kill Chloe. I enjoy the action in this book and really like the main characters. Some of the characters from the Assassin Trilogy helping to protect Chloe. There also seems to be a mole in Mojo’s company. It’s a great story and I would recommend it to others, but, start with Mad about Her.

Mad About Her by Serenity Snow