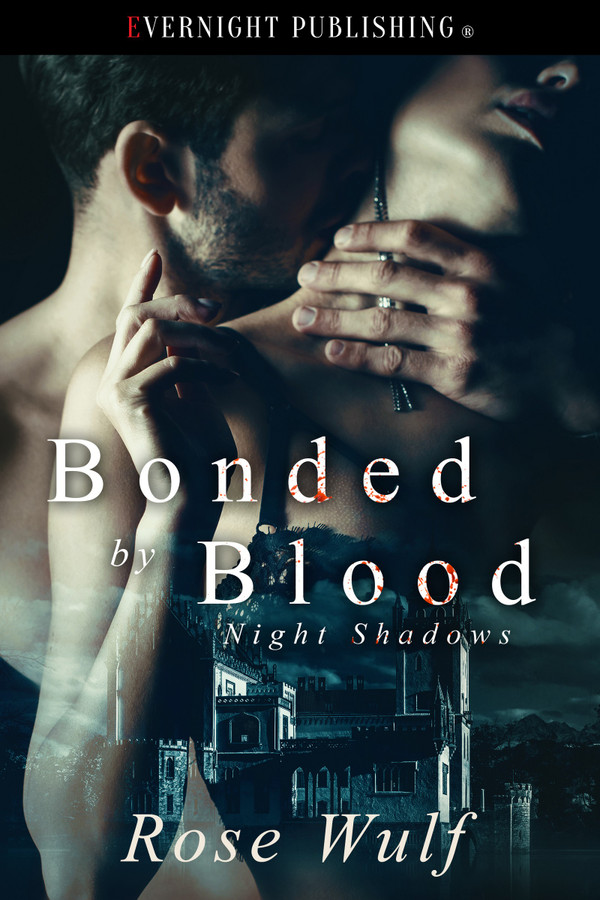 Brianna Wheeler was the last-born Original vampire. Countless centuries of life, and disappointment, turned her into something of a recluse. She never expected to meet a man like Joseph Pearce.

Joseph had been aware of the supernatural community since he was a child. He lived in the heart of vampire territory as an adult. He never expected to befriend the beautiful and reclusive Vampire Princess herself, let alone to become someone she confided in when their community fell prey to a vampire serial killer.

His new bond with Brianna became something he was unspeakably grateful for when the supernatural world’s most wanted vampire, Tobias Wilson, showed up on his doorstep … vowing to kill him.

With bodies started showing up around Sacramento with their throats ripped open, it's a terrible time to fall in love. But after Joe reawakened Brianna’s desire for love, could she afford to turn her back on what might be her last chance?

“I know this isn’t my business,” Joe said, his voice low as if he were worried about eavesdroppers. “But … does Kendall live alone?”

The question caught Brianna off-guard enough to sharpen her focus. She furrowed her brow. “Why do you ask?”

“I’m guessing you know about the new serial killer situation,” he said. “You probably know better than I do if it’s actually a vamp, or if they’re just playing up the theatrics. Either way, so far the killer’s targeted people who’ve been alone, at night. And I thought, if it really is a vampire, that might increase her risk.” He scrubbed at the back of his neck. “Not that it’s my place to be worried, I know. Sometimes I stick my nose where it doesn’t belong.”

Brianna smiled, but kept her gaze forward. This man is exceptional. “Yes, she does,” Brianna said. “Sometimes, anyway. She has an apartment in the city, but also a room in my home. She tends to split her time between them.” She paused, reached over with her free hand, and slipped it into Joe’s. “Also, I appreciate your so-called nosy concern. It’s sweet.”

He curled his fingers around her hand and turned his head a little to the side to grin at her. “I’ll remember that.”

Something inside her warmed at the expression on his face and the feeling of his hand folded around hers. She said nothing, not sure what she should say at all, and merely returned his smile before forcing her gaze forward. He brought out something different in her, something unfamiliar. Or, at least, so deeply buried she didn’t recognize it anymore.

Once again, his question scattered her thoughts. All at once she was reminded of how he’d asked her, after the incident in the market, if she was okay. If she was emotionally all right. Twice in just under a week he’d expressed what most would consider ridiculously unnecessary concern for her. She wasn’t used to that. Not at all.

Brianna subconsciously held his hand a little tighter and said, “I’m a shut-in, remember? If the killer wants me, he has to get through a bunch of other vampires to get to me.” She grinned, because she knew he’d understand, and added, “Including Jasen.”

Joe laughed. “Good point.” He threaded his fingers with hers as he said, “But you’re leaving the house from time to time to meet up with me, like right now. So when you do that, you’re being careful, right?”

Brianna looked down at their hands. Her skin was predictably a bit paler than his. Her arm slimmer, her hand smaller. She couldn’t help but think they fit nicely together, both physically and visually. She swallowed heavily. “I am,” she said.

He gave her hand a squeeze and rubbed his thumb gently over her skin. An action that simple shouldn’t have given her such inappropriate desires.

But for the rest of their walk, while they talked casually and occasionally dodged passerby, part of Brianna couldn’t get past a sudden and insistent need to be closer to him. She wanted to feel more of her skin pressed up against his. She wanted to know what kind of a kisser he was, and would he shy away from kissing a woman with fangs? For that matter, in all his interactions with other beings, had he ever slept with one? If he hadn’t, was it because he didn’t want to? Somehow, from the way he continued to hold and sporadically stroke her hand, she doubted that was it.

Or was she reading too much into things?

“So, what next?” Joe asked as they approached the parking area. “I would suggest dinner, but I don’t know if that’s actually appealing to you.”

Brianna pulled her lip between her front teeth. It wasn’t as if she couldn’t, or didn’t, eat regular food. The sun was only beginning to set. She adjusted her parasol to continue shielding her while she turned to properly face Joe. “You know what I’ve never done? Had pizza delivered. Isn’t that silly?”

He blinked at her for a second before breaking into a wide, charming grin. “That is easily remedied.”

“Just one thing first,” she said. He arched a brow as she pulled her hand from his. Pushing up on her toes and curving her hand over the side of his jaw until her fingers slipped into his thick, soft hair, Brianna drew him in for a kiss.

Their lips met as her eyes closed and a surge of long-forgotten heat rushed over her.