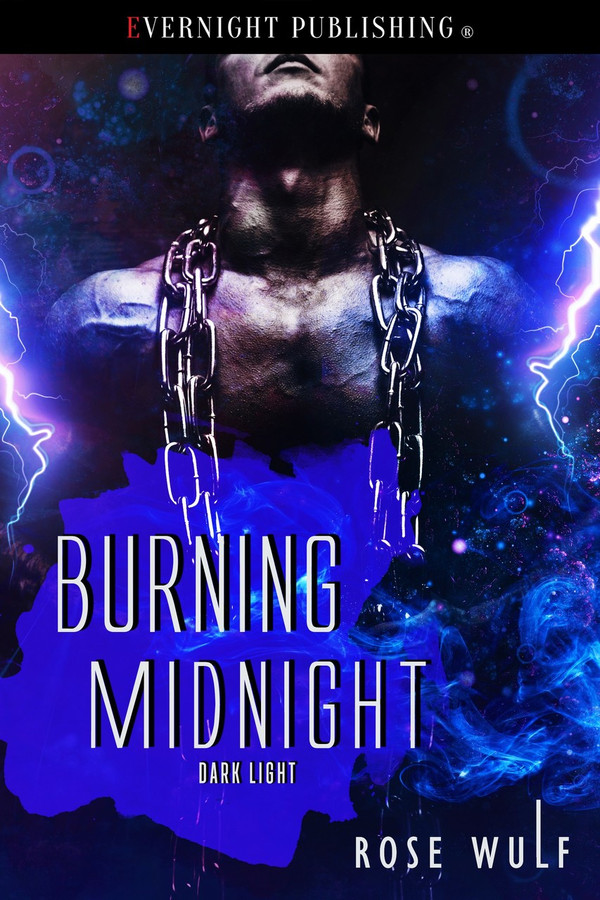 Gwen Manning was a survivor. With the birthday that should have killed her nearly a year behind her, it was time to get her life together. She was still settling into her new apartment when she was visited by a demon from her past—Knox. The same Knox who’d once tried to kill her.

This time he brought a different kind of danger. The danger of searing kisses and promises of protection from a new demon who seemed to want her dead. The more things changed, right?

Knox never thought he’d see Gwen after her curse had been healed away, let alone that he’d volunteer to be her protector when it became clear she was the target of a new, ominously powerful demonic threat. But now her life, and her body, was in his hands. If he wasn’t careful, when the dust settled, he might just have trouble letting go.

Gwen stared at the spot in the sky where she’d lost track of her angel friend for several seconds, her mind reeling. The idea of being targeted by demons for a second time was both terrifying and infuriating. Speaking of infuriating. She spun on her heel and planted her hands on her hips, squaring her glare on Knox. “You have some explaining to do, pal. What happened to laying low? Was that just a bunch of crap? If you knew I had another target on my head, you should’ve said something! What the hell’s going on?”

Knox tucked his hands into his pockets as a slow grin tipped the corners of his lips. “Ah, there’s the girl I remember. Asks a million questions a minute and never seems to process the danger she’s actually in.”

Gwen stomped up to him until she was as in his face as she could be, what with her five-foot-six stature not quite matching his six-something. “I can’t process anything without all the answers, jerk. So talk.”

Not only did he not back away, but the grin on his lips reflected in his eyes as Knox leaned in until their noses were a hair’s breadth apart. “Oh, I’m a jerk again, huh?” He lifted one hand and trailed his knuckles oh-so-lightly along the curve of her cheek in a lingering caress. “For what, not taking the risk of needlessly worrying you?” He leaned closer, his lips brushing her ear now. “Or for waking up your desires?”

She bit back an instinctive moan. Damn him and his tempting touch and toe-curling kisses. Damn her for letting those things get to her. “Neither,” she finally managed, keeping her hands locked at her sides. “For lying to me.”

Knox sighed and straightened, his raised hand falling to his side as he searched her eyes. “It was only a partial lie,” he said. “I pretty much always have to lay low these days. I just exaggerated the urgency. And I picked you specifically because I had a strong suspicion that someone from down below was coming after you. A suspicion, nothing concrete.”

Scrunching her lips as she thought over his response, Gwen asked, “Who? Why?”

“From what I can gather,” Knox replied, “chances are it’s the demon who expected to have inherited your soul by now. Demons are egotistical, angry, vain creatures. Not receiving his prize was bad enough, but to have the curse healed away by a Nephilim, and thereby the intended soul purified, would be too big an insult to ignore. If he—or she—simply let it go, their reputation would crumble. Probably in their opinion, you already belong to them.”

“I don’t belong to anybody,” Gwen declared, crossing her arms stubbornly. The curse had been bad enough. A situation she’d never had the chance to control in the first place. But now this? Being targeted over a bruised ego? That was just ridiculous.

Knox held up a hand as if to ward her off. “I’m not saying otherwise,” he assured her. “I’m giving you my best attempt at insight into the enemy’s reasons.”

Sighing, Gwen dropped her arms again. “Fine. But who is this ‘enemy’?” Knox had very specifically not told her that detail. And in her opinion, it was a largely important one.

Huffing out his own breath of irritation, Knox said, “Hell if I know. I haven’t been able to get a name, or even a narrowed down list.” He refocused his stare on hers, somehow holding her gaze to his without a touch. “But whoever it is, Gwen, they’re bad news. They’ve got reach. We don’t want to wait for their final play.”

Gwen’s stomach lurched at the intensity of his warning. She definitely didn’t want someone like that in her business. Really ever. With a heavy swallow, she asked, “What am I supposed to do, then? Move to Mars?”

The corners of his lips twitched with amusement and he shook his head. “I’d actually recommend Saturn, but let’s save that for Plan B.” But she could see on his face that the real answer wasn’t nearly so simple.

“So I’m running again,” Gwen muttered, not so much as a question but as a statement of defeat. It was the last thing she wanted to do. Well, of the things she was willing to do. “Goodbye new apartment. Farewell, new job. Sayonara stability.”

“Never pegged you for a drama queen.”

Gwen blinked, realizing she’d been blankly staring off into the distance, and narrowed her eyes up at Knox. She opened her mouth to tell him off but caught herself. Yeah, sure, it sucked. A lot. And she was sure that before everything was settled—and assuming she survived—she’d have to start all over again. Sort of. She also had friends, and Ben, and she’d pulled her shit together before, so surely she could do it again when the time came. And who knows, maybe this won’t completely destroy my new attempt at a responsible adult life. So instead of telling off the annoyingly perceptive demon, she sighed. “Next time I do that, just shake me or something.”

A flash of a grin lit his eyes before he caught her jaw beneath two curled fingers and captured her mouth with his. He nibbled on her lips, slipped his tongue inside, and sucked on hers long and slow. Her knees nearly gave out as she reflexively caught herself by grabbing hold of the sides of his shirt.

He released her lips before she could gather herself enough to reciprocate and, lips teasing the underside of her jaw on the way to her ear, whispered, “Kissing you is so much more fun.”