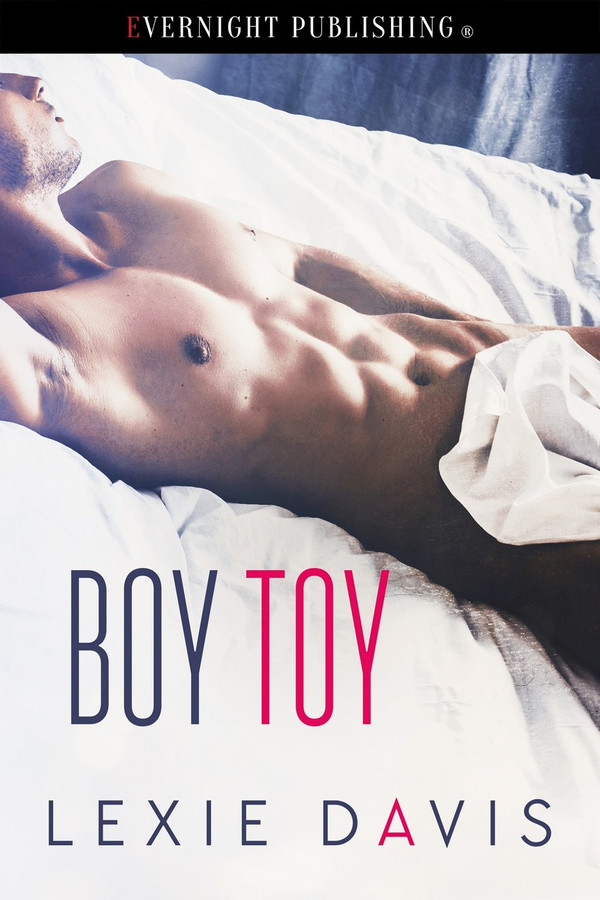 Caleb
I knew how to please women. So good in fact, they paid me to do it. With a soft kiss to the back of their neck or a teasing bite on their inner thigh, I made them beg before making them scream. It was a game we played. However, Kelsey didn’t enter my life for the same reason as most. With her, it wasn’t a game. I’d willingly fulfill her every desire but the fantasy world we had created started to blur with reality. The tables had turned really fast. She had me at her mercy before I even said hello and I was the one on my knees begging…

Kelsey
Hiring an escort to get my writing groove back was something close to insane. One bad book, a failed long-term relationship, and a family that didn’t know when to quit had me on the edge of desperation to get my life together. A weekend was what Caleb offered me. For a hefty price, he’d give me everything I wanted. I agreed to it for the right reasons, but I never dreamed that one weekend with a sinfully sexy man wouldn’t be anywhere near enough.

“You can’t wait for this date to be over, can you?”

I glanced to the side, spotting a man taking a seat at one of the empty tables. “It’s not that.”

“No. I’ve been here before. The pretty girls always find something wrong with me. It’s cool.” He pulled out his wallet and paid the ticket.

“Would you excuse me? I really need to use the restroom.” Five glasses of water would do that to a girl.

I stood to find the bathroom, and when I came back, he was gone. Did he really have no idea why people didn’t like him? Another couple was being led to the table, and I felt stupid standing there.

The cute guy who sat down by himself glanced up at me and I walked over to him. “Excuse me. Did you see where that man went?”

“Of course he left.” I scoffed and rolled my eyes.

“Something like that.” I glanced at my phone. “My sister set me up with him. He works in her office or something. I don’t know. It didn’t go well, obviously.”

He pushed the chair out with his foot. “Sit.”

I sat in the seat he offered and rubbed my forehead. “Are you here alone?”

He nodded. “I just ordered. You want anything?”

“No.” I chewed on my lower lip. “I drank so much water when conversation got awkward I was about to pee in my pants. I can’t believe he left me. How rude is that?”

The guy smiled. “Women saying they have to use the restroom is usually a diss. A planned escape to get out of a bad situation. He probably thought you weren’t coming back.”

I snorted. “I’m horrible at this stuff.”

He folded his hands over his stomach. “I doubt that.”

I licked my lips and his gaze focused on the movement of my tongue. Oh, hell. My body heated at the thought of him looking at me that way. Like he wanted to eat me. I teetered with the idea of letting him, too. He wasn’t bad to look at. He didn’t creep me out either with awkward conversation.

“So why are you eating alone, Caleb?”

“My plans got canceled. I got hungry.” He shrugged.

“No.” He shook his head. “I’m probably even worse than you at dating.”

Before I could say more, a woman came toward us dressed in designer jeans and a nice cream-colored sweater, and sunglasses covered her face. Her long, brown hair fell around her face. She had an envelope in her hand and she sat it on the table next to the cute man.

“For earlier.” She glanced toward me. “Please. I’d really appreciate your discretion.”

He nodded once and looked at me while the woman walked away. I stared at the envelope which was full of money and glanced up at him.

“Um, I think I’m going to go now.” I stood. The only people I knew who received large sums of money were usually bad. I really didn’t need to invite anything else into my life right now. I searched through my purse for my keys.

He stuffed the envelope in his pocket. “You don’t have to rush off.”

“I probably do.” I turned slightly and caught a whiff of his cologne. Every nerve ending tingled as I breathed in his scent. What the hell was wrong with me? I acted like a hormone-crazed teenager with a crush on this man.

“Maybe I don’t want you to leave yet.” He motioned toward the chair. “Sit. Eat with me.”

I licked my lips. “Fine.” I sat back in the seat, only because I liked him and wanted to know about the woman. “Was she your canceled plans?”

I shrugged. “It’s not every day a woman approaches you with an envelope full of money and asks for discretion.”

Nodding, he leaned back and fiddled with the stem of his glass. “What is it that you do?”

“I’m a romance author.” I paused a moment. “Well, according to my latest review, I’m a washed up has been who is now boring and dull.”

“Why are you boring and dull?”

“Because apparently women don’t like the way I portray my male characters. I blame my ex for being the basis for them. He was an asshole.”

“So get a new man to inspire you.”

He stared at me. “I doubt I’m the kind of inspiration you’re looking for.”

The look on his face was something between smug and coy. He didn’t offer any details so I only had to go on my assumptions.

“Let me guess. A stripper?”

He sipped his drink. “Nope.”

I tilted my head back. “An escort?”

He didn’t say anything. Jackpot. I glanced around the restaurant. Everything seemed so casual and normal. I didn’t realize I had sat down with a man who sold sex for money.

I shook my head. “No. I’m actually wondering what you charge.”

I met his gaze. The bold brown eyes staring back at me had my heart beating erratically. There was something about him that made my body react to him without a single word or touch. My palms were sweaty. My thoughts roamed beyond the point of appropriateness.

It should have been disappointing, but I wasn’t all that disappointed. I stared at his hands for a moment, taking in how wide and how long his fingers were. I could definitely picture them rubbing oil on my body while I lay naked on a table in front of him.

He shifted slightly and I met his gaze. The knowing look on his face told me that he knew every dirty thought running through my head. Hell, he was probably used to women ogling him. It was how he got business.

“How do I make an appointment?”

He licked his lips. “I’m booked at the moment.”

“And I really have a bad back from writing and all.” I reached across the table and took one of the fries off his plate. “Name your price.”