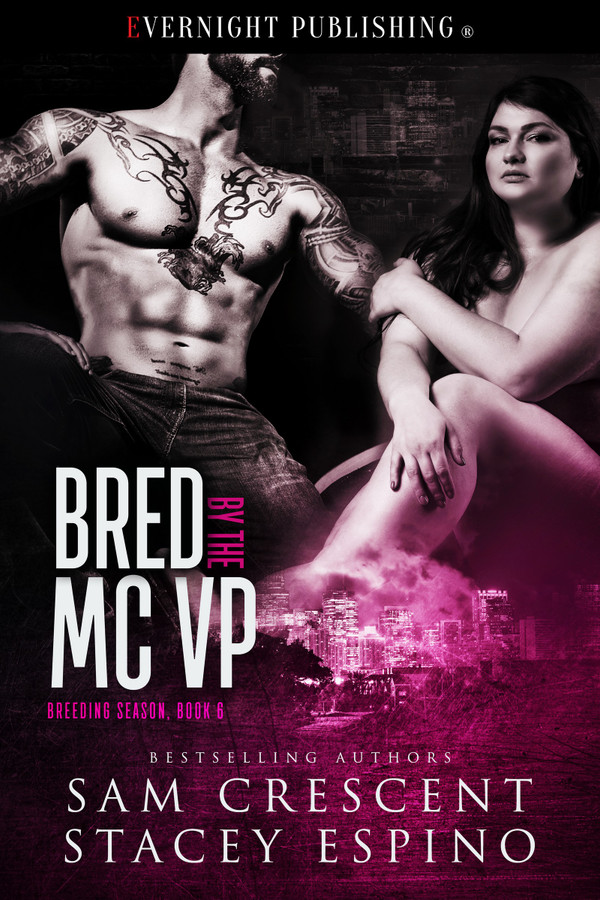 Sable was born into the Hell's Slaves MC. Her mother and sister are club whores, so her future is already mapped out. But nobody knows her secrets—one of them being her lifelong infatuation with the club's VP. He's older, rougher, and would never consider her type for his old lady—but it doesn't stop her from dreaming.

Dog is second in command and takes his job seriously. Loyalty means everything to him. When it comes to Sable, it's hard for him to play by the rules. She's young and sweet with big brown eyes that intoxicate him. When Forge sends her away from the club to gather intel on a local cop, he can't get her off his mind. He worries about her safety, and even more, about another man's hands on what he considers his.

Will he disobey his Prez in the name of love or will he keep up his hardened walls and look the other way?

Why did he care? At any point over the years, he could have come to her room at the club and she wouldn’t have refused him. Not Dog. But he didn’t want her, in fact, he barely tolerated her.

But he was here when he shouldn’t be, passionate and jealous. What did it mean? Club men were territorial, in general. He was the only one besides Forge who knew this was all fake, so he probably couldn’t stand the thought of a dirty cop enjoying pussy that belonged to the club.

That was the only explanation.

“It’s a sacrifice Forge is willing to make.”

He ran the backs of his fingers along her arm. For years, the scent of his cologne drove her wild. It was unique to him, and even now, her body reacted. The stubble on his face was coming in, and she craved to scrape her nails over it.

Dog gave a slight shake of his head, not losing eye contact. “You belong to me.”

She breathed in a barely audible gasp.

“I don’t want Hank touching you. Not a fucking finger. If he tries anything, you call me. Understand?”

“Forge wouldn’t approve. That’s not part of the plan.”

“That’s not what I asked you. Do you understand?”

She nodded, not willing to argue with the VP. Since she was a child, the chain of command had been drilled into her, and it was a difficult habit to shake.

His blue eyes had always been one of his dominant features, but the way he stared at her right now unraveled her.

God, she wanted to touch him, to wear his cut, to feel his lips against hers.

“I’ll call you if the cop tries anything.”

She loved when he said that to her in his rough, masculine voice. It made her all kinds of crazy. His gaze roved down her body. She was only wearing an oversized pajama t-shirt. Not the sexiest thing she owned, but it still barely covered her body. She swore he was going to rip it off her body, to force her to the bed and fuck the virginity right out of her.

Instead, he grabbed a handful of her hair in his fist, leaned closer, and took a deep breath. He exhaled on a near growl, a deep gravely sound that made her pussy wet.

“Don’t tell Forge I was here.”

“Keep it between us.”

She didn’t like secrets like this. If the prez found out, she’d be exiled or worse. Even Dog was putting himself at risk. Why? Sable was loyal to the club. It was her home and all she knew. The only reason she’d agreed to this was because Forge requested it, but also because Dog had been pushing her away. She felt it was her only option.

“Why are you doing this? You’re playing a dangerous game.”

“You’re my girl, Sable. You’ve always been mine.”

Sable was born into the club life but she doesn&#039;t really like it. She only was there because she had no other place to go..............plus Dog was there. Dog has been resisting his attraction to Sable for a long time because she&#039;s so much younger and she&#039;s considered a club whore. But there are secrets he doesn&#039;t know about her. In the previous book, the club was attacked and Sable almost died. Dog took care of her but then shut her out. Now, the club needs information on certain police officers and the city government officials. Sable offers to do this and all but Dog and Forge know the truth of what she is about to do. Drama, secrets, danger and mystery are all in this book and when push comes to shove, the club is called in to save Sable. Will Dog lose her after he&#039;s finally accepted the fact he loves her? Loved this story!!!

Bred by the King by Sam Crescent and Stacey Espino